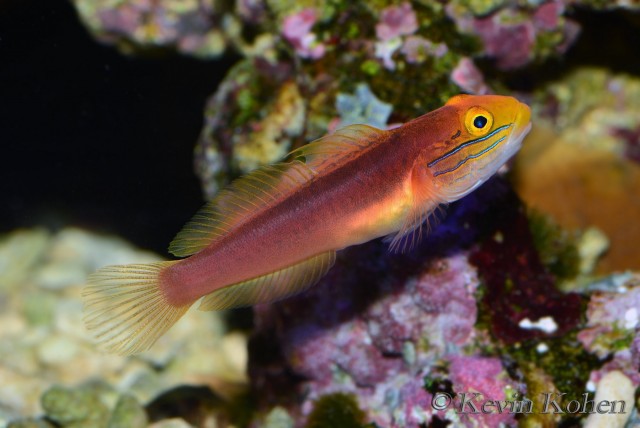 Valenciennea is a genus of small, bottom-dwelling fish from the family Gobiidae. They can be found sifting sandy bottoms, along the edges of coral reefs, and on flats in the Indo-Pacific.

Behavior: Valenciennea will perch directly on the substrate for extended periods of time while resting from sifting sand though their mouths.  Also referred to as “hover gobies”, these fish can also be observed floating motionless directly above the sand bed or other substrate.  The resting behavior of Valenciennea gobies has resulted in the common name “sleeper gobies”. Currently there are 15 recognized species of Valenciennea gobies but only a few are found prevalently in the US aquarium trade.

Below is a list of observed species in order MORE