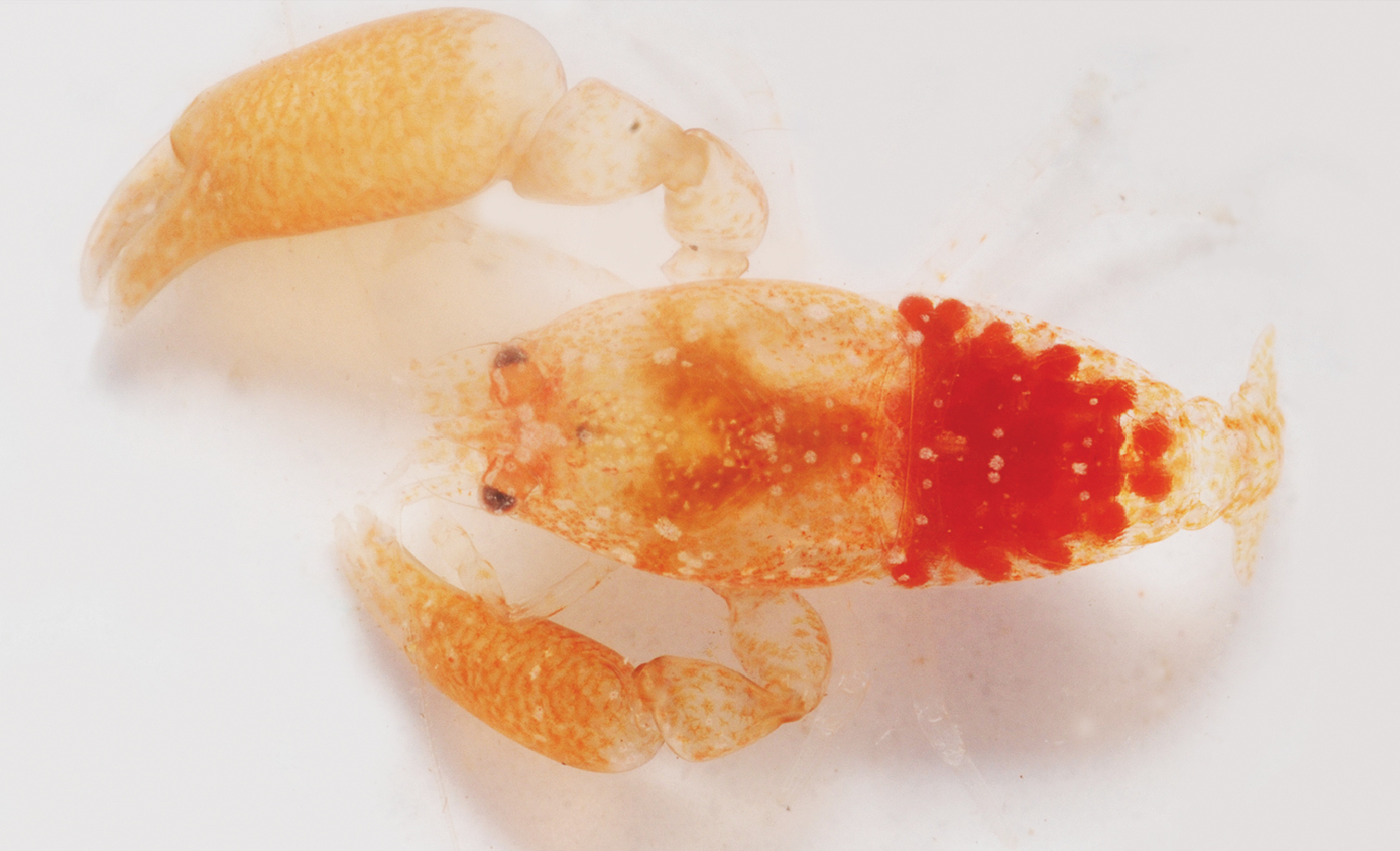 “In a hole in a sea squirt there lived a palaemonid shrimp.” J.R.R. Tolkien

Odontonia is an obscure little genus of Indo-Pacific shrimps which has adopted a rather unusual symbiosis. The eight recognized species of this group are known exclusively from sea squirts and reside, rent-free, within the atrial chamber of their host. It’s an ingenious way of life, as few creatures predate upon ascidians, which are often quite toxic. Plus, in addition to the safety this affords the shrimp, the constant filter-feeding of the sea squirt brings a steady influx of food, which Odontonia can delicately pluck from the surrounding pharyngeal basket. It is, as they say, a win-win.

Whether the host benefits in any way is not entirely clear. Odontonia can have some sizable claws, which could, in theory, be used to help defend their host… but whether they actually do this seems to be unknown. And it’s worth mentioning that Odontonia is not the only group that has taken to the ascidian domicile. Close relatives like Dactylonia, Rostronia, and the aptly named Ascidonia all share this habit, while another cousin, Pontonia, instead makes use of bivalves. This latter genus has been reported as far back as Aristotle, who noted its presence inside the tasty pen shells of the Mediterranean.

But why all these Tolkienian references?

A recent article in the journal ZooKeys has named two new species in this genus, one of which is noteworthy for bearing a series of hairs on the “feet” (i.e. dactyls) of its walking legs (i.e. periopods). This naturally led the authors to name it Odontonia bagginsi, after that most famous of Hobbits, Bilbo Baggins. If you’ve somehow never seen or read The Hobbit or The Lord Of The Rings books and movies, hobbits have big, hairy feet and live in holes. Here, let Leonard Nimoy fill you in on all the deets…