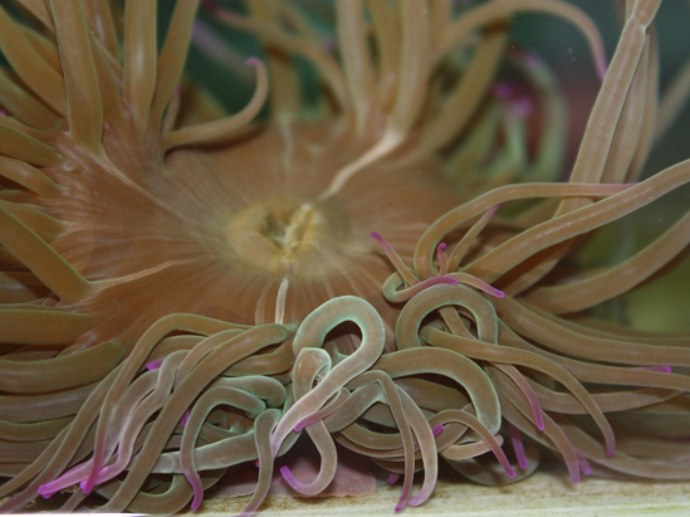 
Researchers at the University of Granada in Spain are reporting the first successful breeding of Snakelock’s anemone, Anemonia sulcata. Given its popularity in the aquarium trade in Europe, I’m assuming they mean sexually propagated, although the report does not come right out and say it.

Why is this successful breeding important? Well, apparently in Spain, A. sulcata is a prized delicacy served in gourmet restaurants marinated in vinegar, battered, and deep fried in olive oil. It does not sound tasty to me, but to others it certainly may as it has an “intense seafood taste” according to Wikipedia:

A plate of Ortiguillas in Cádiz.

The wild harvesting of this delicacy has caused a decline in their numbers and the University of Granada spin-off, iMare Natural S.L., hopes to capitalize on its captive breeding.

Pedro Alvarez, one of the researchers working on the project, states “[snakelock’s anemone] has hardly any calories and contains essential components for our health, due to its high content in proteins, cholesterol and purines, along with its low fat content”.

Have you ever tried this delicacy?