Snorkel Bob, it sounds almost like a Saturday morning cartoon character, that introduces our children to ocean wildlife, cracking a few corny jokes along the way. If you’re a marine aquarist, chances are you have heard Snorkel Bob’s name, and quickly he has become the one guy marine aquarists love to hate. Some call his actions a “war on aquariums” while others refer to him like the protagonist of the Harry Potter series, with a name that won’t be spoken. Regardless of your attitude towards Snorkel Bob, he has rallied environmentalists and legislators, starting a conservation movement with one endgame, a complete ban on any and all trade, collection, sale of marine wildlife. With the support of multi-national conservation group Sea Shepherd, and a growing number of independent followers, Snorkel Bob’s personal movement has gained traction. Who is Snorkel Bob, why does he hate the aquarium trade and within all the mud that gets tossed around, is there any silver lining?

Snorkel Bob is in fact Robert Witner, a semi-well known writer, living in Maui County, Hawaii. Perhaps more renown than his writing, is the line of snorkel and scuba shops which he founded throughout the Hawaiian islands. As far as his writing works, they exist as a mixture of fiction and travel guides. In Witner’s fiction, characters seek reason from within the natural environment, and his travel guides are a colorful version of something found in Lonely Planet. Last year I read In a Sweet Magnolia Time, and looking at it without any pre-conceived notion of Witner from an aquarist’s perspective, it wasn’t too bad. 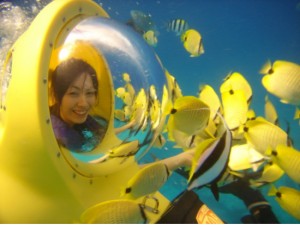 He claims the aquarium industry has devastated native Hawaiian fish populations due to over-fishing. His claims have merit, and Hawaii has designated “no-take” zones, which have shown a rebound of species. Though Charles Deelbek and the Waikiki Aquarium have shown that reef collection has little impact overall on the state of Hawaiian reefs.  In addition, he claims that most of the animals imported into the reef aquarium trade are offered a terrible existence, literal torture before a death that occurs within a matter of weeks or months. His sights have largely been set on Quality Marine and Petco, but any outlet selling marine livestock isn’t spared in the blast radius. He refers to aquarists as an ignorant bunch of animal jocks who relish in their ability to poorly re-create oceanic ecosystems, who at the same time care little about the environment they are devastating. Ironically enough, the same could be said about the droves of snorkelers his shop let’s scamper across Hawaiian reefs each year, filling the water with Panama Jack sunblock and leaving a literal foot print on the reef.

Bob Witner serves as Sea Shepherds vice-president, and the group refers to him as a veteran campaigner against the aquarium industry. So don’t let the grey hair and jet black eyebrows fool you, he is a veteran. My experience with Snorkel Bob was not positive. I contacted him in hopes of the two of us having a brain storming session on how the aquarium industry could have a more positive ecological impact. When Witner asked if I kept a marine aquarium, to which I replied yes, he quickly hoped I would get fin rot, along with anyone who helped “teach” me to be an aquarist, before closing the chat window. 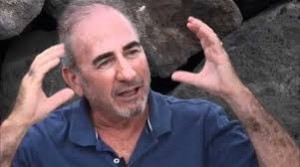 Those who believe Snorkel Bob will just fade away, disappear, or that his pleas will fall on deaf ears, are dead wrong. Snorkel Bob isn’t going anywhere, and like a virus, he is infecting people all over the world in his call to end the age of aquariums. I will quote Witner in describing his Sea Shepherd campaign to end the aquarium trade:

“Sea Shepherd will champion marine habitat and wildlife from the ravages of urban and corporate effluent and the destruction caused by the aquarium trade. Massive reef wildlife dies every year as disposable ornamentation in the vicious cycle of wildlife trafficking for the pet trade. Death generates continuing demand, driving the aquarium trade to strip reefs bare. 25 million creatures are in the commercial aquarium pipeline at any given moment. Nearly all will die within a year from the point of capture.”

Is Witner wrong, not totally. Is there truth to the statement written above, to a degree, yes. Does the death of species within our aquariums generate greater demand, it most certainly does. So is this a good fight, is Witner leading a charge to protect the environment? 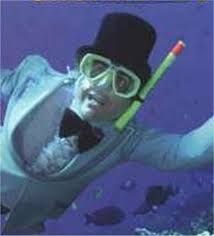 Let’s key in on one part of Witner’s statement, the vicious cycle of trafficking for the pet trade. Collecting animals for the pet trade is not wildlife trafficking. Perhaps in the eye of the beholder it may be, but reality shows us, that the reef industry is a viable, legal and monitored industry. NOAA, CITES, and the U.S. fish and wildlife service all monitor the import, export and sale of marine life. Just recently NOAA has proposed adding 22 species of coral to the threatened species list, and the U.S. fish and wildlife service is proposing that Bangaii cardinalfish be considered an endangered species. A variety of corals are illegal to keep, including two Caribbean species, and a host of others from various regions where conservation concerns have black-listed them. Corals and fish are ecological gems, but they are not white rhino horns.

It’s not that Witner is wrong per-say, it’s that he is painting an entire industry with a broad brush and pushing his own personal perception onto everyone. The industry is regulated, heavily according to some. There are abuses from within the marine aquarium industry. There are large corporations that are concerned only with money, and there are basement vendors looking to make a quick buck by misleading a wary aquarist. Those are problems, but those are also exceptions to the rule.

If you look at large marine livestock vendors: Unique Corals, Pacific East Aquaculture, Blue Zoo Aquatics, Live Aquaria Diver’s Den, That Fish Place – these are not greedy, evil masterminds scheming for riches – but passionate aquarists who share their love of reef life by supplying the trade with healthy livestock, making incredible advances in coral propagation along the way. Walk into any public aquarium, you don’t find a host of corrupt mad-men displaying marine life like some circus freak show, but passionate experts in their field who offer us the best science about marine ecosystems. 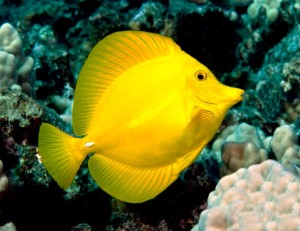 Bob Witner takes a Blackfish mentality to the reef aquarium trade, slamming anything that involves keeping an animal in captivity. The film Blackfish took many liberties with its presentation of facts, and totally twisted Sea World’s contribution to research and understanding the intricate world of Orcas. It’s a fair argument to say, that without reef aquariums, programs like the Coral Restoration Project wouldn’t be as successful. We wouldn’t have the ability to propagate corals in captivity, in order to replenish wild reefs. We wouldn’t be able to simulate the effects of climate change, and make predictions and decisions about how to preserve wild reefs. An entire revolution of thought, science and appreciation of marine wildlife would be lost. The glow of a child experiencing ocean animals for the first time, at a public aquarium, would disappear and coral reefs would be the subject of fable and legend, for millions and millions of people who will never see one.

Bob Witner should be working with marine aquarists, not against them. So much of his passionate vigor to save reefs would be well used energy, were it encouraging a conscientious and sustainable approach to aquarium keeping. No matter how much sweat, blood and tears Witner pours into a total ban on marine aquariums, I don’t think the industry is going to crumble. He’s punching a brick wall, when he could be re-building it.

I think it’s vital that as aquarists, or reef industry ambassadors, that we don’t “hate” Bob Witner. It’s vital that we recognize that we have a lot in common with him, and all of those fighting to save coral reefs. That common thread is a love and appreciation of marine life. Viewing him as a common ally with a different battle plan, places an entirely new spin on the debate about the reef industry. All I ask, is that Bob Witner does the same.

We are perhaps the last generation that can take action to save the oceans. Within the next 10 years, it will be damage control. We all need to stop acting like children trying to protect a beloved toy, and act like informed adults, capable of change will that will resonate long past our own lifetimes.