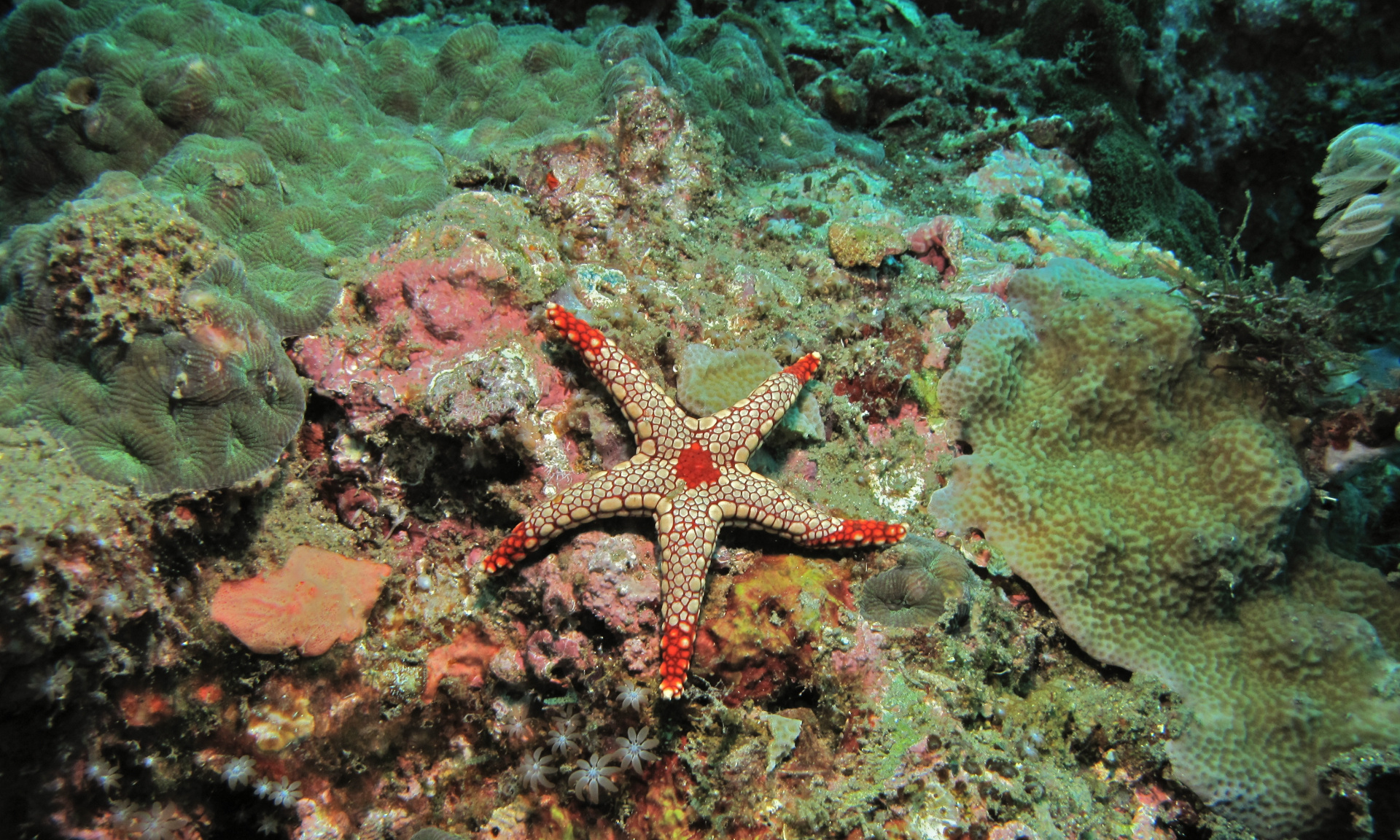 The supply chain necessary to get an organism from a remote Pacific reef to your aquarium is long and convoluted and, by design, rather opaque to the end consumer. The sad reality is that many of the individuals plucked from the ocean, be it fish or coral or invertebrate, will never live to see the end of this journey. There are any number of reasons why this might be, from improper storage or transport, to disease and damage, to something as simple as being too large to fit into a bag.

Those involved at the earliest stages of this process—the collectors and exporters—are understandably reticent to share the true mortality rates that occur, and so we are oftentimes left to guess at what this figure might be and simply hope for the best. But a new study published in the journal Environmental Management is helping to shed some light on this issue, and, unfortunately, the data isn’t looking good.

Now, before we delve into the specifics here, a word of caution is necessary. This study took place in Papua New Guinea, a region that only began aquarium exports in the last ten years, and so the numbers are not likely to reflect what we might find in areas with an established and robust economy built up around the trade of live marine organisms. Places like Fiji, Hawaii, or Australia, which have decades worth of experience and infrastructure, are no doubt far more proficient and presumably see considerably less mortality. That being said, the Papuan collectors were actually trained under the Marine Aquarium Council’s protocols, designed to promote sustainable practices that limit losses. These data, which only examine invertebrates, come directly from reports submitted to the country’s National Fisheries Authority during the initial effort to establish an aquarium industry.

In total, a little over 13,000 specimens were collected, most of which was comprised of just ten species. Following collection, specimens were assessed for health and suitability for export at local holding facilities, and it is at this stage that 11% of the catch was rejected. It’s not clear what this means for the specimens involved… are these returned to the ocean or simply thrown in a dumpster? For more than 80% of these rejections, the cause was simply that the organism was too large. This proved to be especially true for the Blue Sea Star (Linckia laevigata) and the Yellow Mesh Sea Star (Nardoa novaecaledoniae), both of which can reach nearly a foot across. The rejection rate varied from 15-30% for most sea stars, though a notable exception was Fromia, at roughly 1%. Fromia is, of course, a far smaller species. For the two snails involved—the conch Conomurex and the cowrie Mauritia—rejection rates were similarly low.

Following 3-4 days in this holding station, the next stage of the process involves the movement of specimens to the export facility, which was being run by a US-based consulting firm, EcoEZ. Surprisingly few deaths (<0.1%) occurred during this trip, perhaps owing to most of the collecting stations being located relatively near to the export facility at Port Moresby. 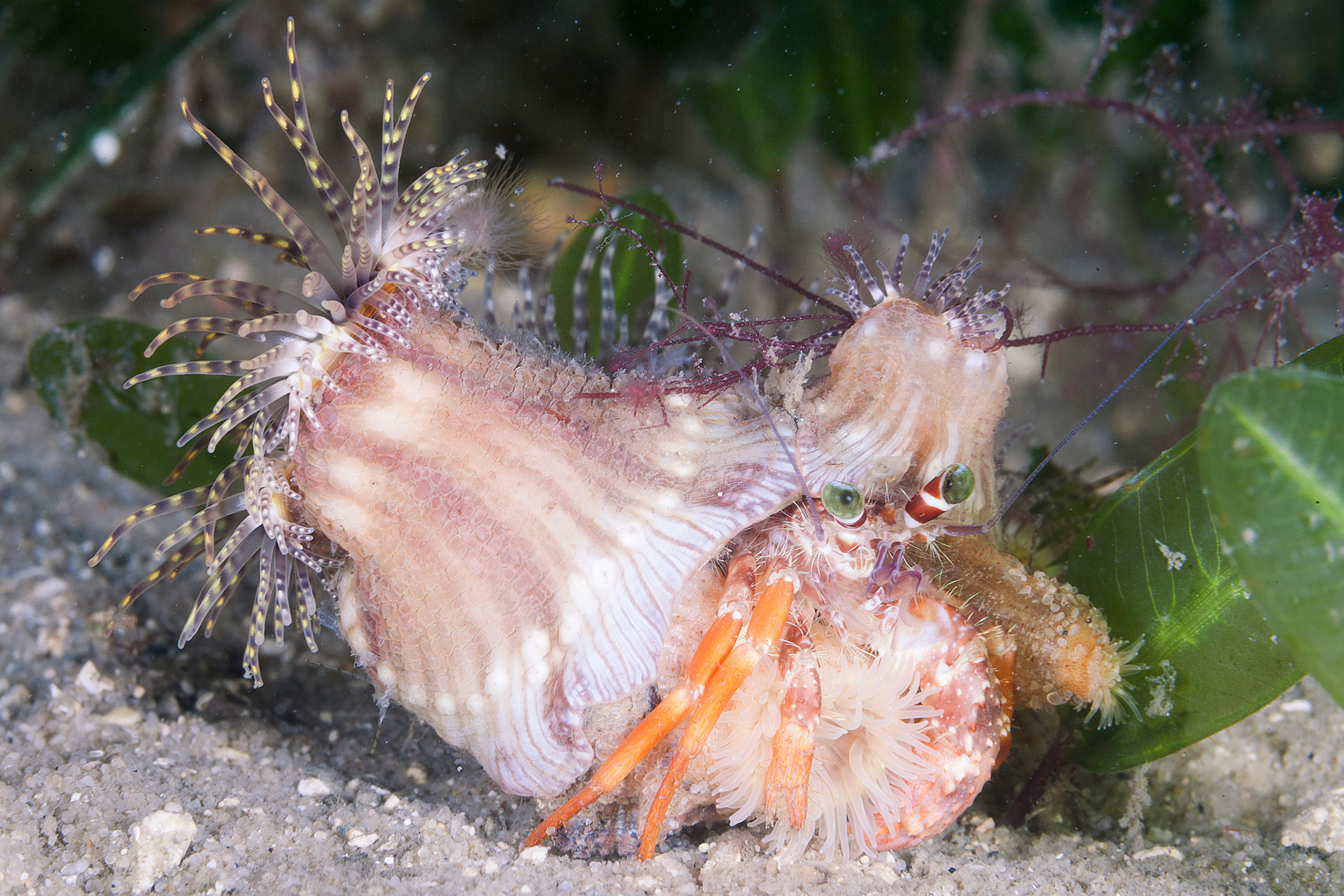 Congratulations to the 1% of this hermit crab that didn’t die at the Port Moresby export facility. Credit: Klaus Stiefel

Unfortunately, more than 30% of the mortalities occurred during this stage while waiting for export out of the country. Instances of mass mortality, in which more than 100 specimens died in a single day, occurred 12 times during the 160-day study period, though no explanation is listed for the ultimate cause of these. The Anemone Hermit Crab (Dardanus pedunculatus) was especially hard hit by this, with 98.6% of specimens reported dead!

It’s often assumed that the subsequent  step of the shipping process—the international flight from the West Pacific to wholesalers in Los Angeles and elsewhere—would be a major source of loss, but, remarkably, just 0.3% of specimens were DOA. This means that the VAST majority of mortality (at least in this one example) comes from the source country. The total loss that occurred during the period from collection to export out of PNG amounted to 38.6% of the total catch, but the numbers varied widely among the species involved. Nearly half of the Chocolate Chip Stars and well over half of the Sand-sifting Stars didn’t make it. And Fromia, which saw so little rejection in the earlier stages, wound up with a mortality rate of more than 75%! For anyone who has dealt with this genus on a large scale, it probably comes as little surprise; these are notoriously delicate creatures that don’t stand up to mishandling.

It’s hard not to read a study like this and feel disheartened. The nascent Papuan fishery was designed to be a leader in aquarium sustainability. The government is said to have invested $5 million US dollars into managing and monitoring this industry, incorporating certification from the defunct Marine Aquarium Council in their effort. Unlike with fishes, which require some expertise and equipment to successfully collect, the species involved in this study simply had to be picked off the reef by hand and kept alive long enough to ship… but this apparently proved to be too much.

Given how well-trained and regulated this fishery was, what are we to make of those in other parts of the world which might not hold themselves to such standards? How representative is this one example for the industry as a whole? Perhaps the Papuans simply need a bit more time to work out the kinks—leaving oversized sea stars in the ocean would certainly be a good place to start. For a more encouraging bit of data, the small fishery on the Micronesian island of Kosrae reported mortality of only 1-2% during the short period it was investigated, and we might expect to see similarly acceptable numbers from developed nations like Australia, Hawaii, and Fiji, given their reputation for quality and sustainable practices. Let’s hope, at least. A bit more transparency would do the aquarium trade some good.