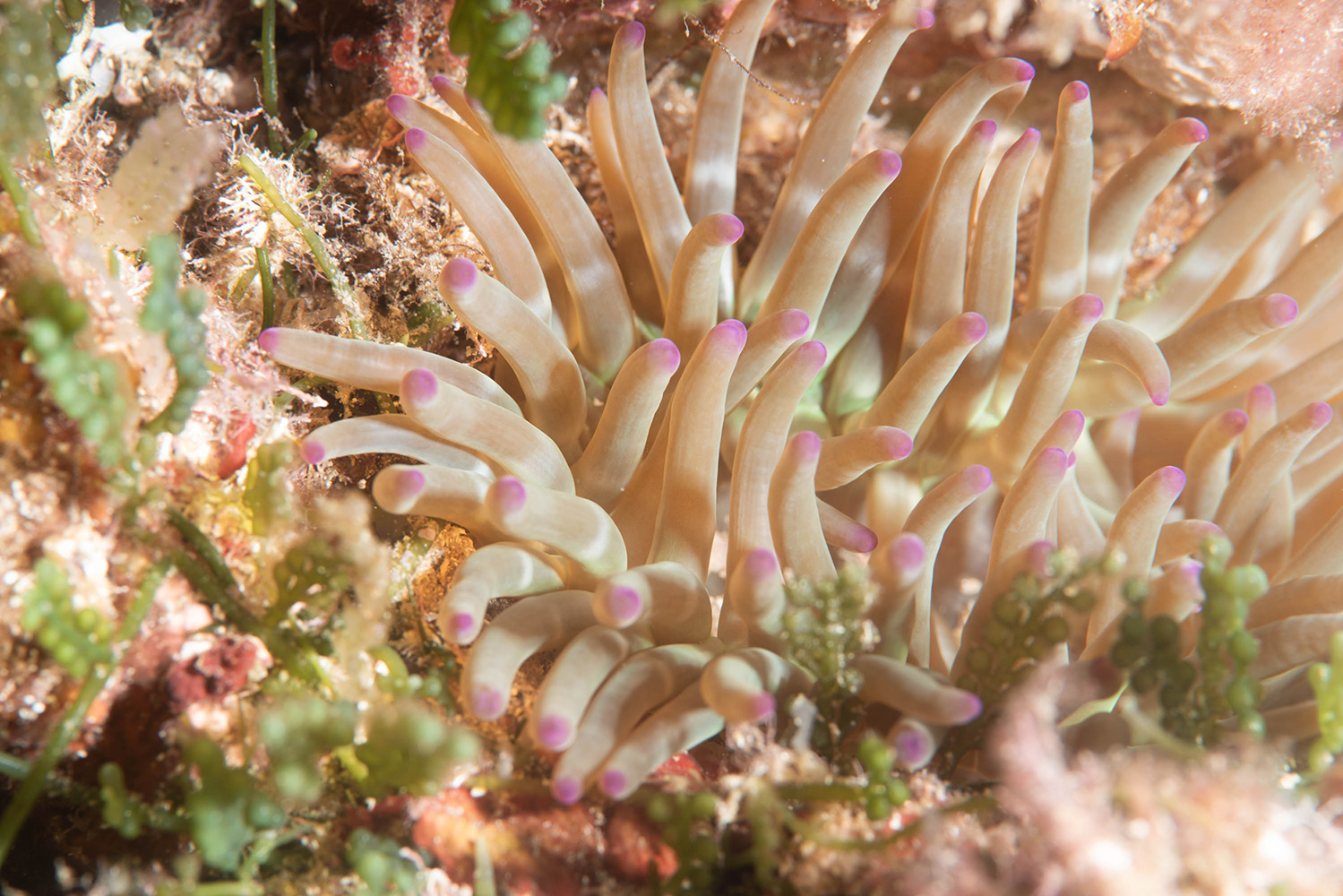 I’ve been sharing a few images of fish from a recent trip to the Mediterranean, but thought I’d take a break and share some images of anemones from this fascinating and often overlooked region.The animal in the main image above is a Dahlia Anemone (Cribinopsis crassa).  Not to be confused with Urticina felina, a ‘nem found in UK waters that shares the same common name.  This animal can reach four to five inches across and is usually found buried deep within a crack in a rock.  As you can see, it has short stubby tentacles that range within the blue to green end of the spectrum.  This one is quite pale compared to others I have seen.

The species often supports commensal shrimps such as the one shown below. 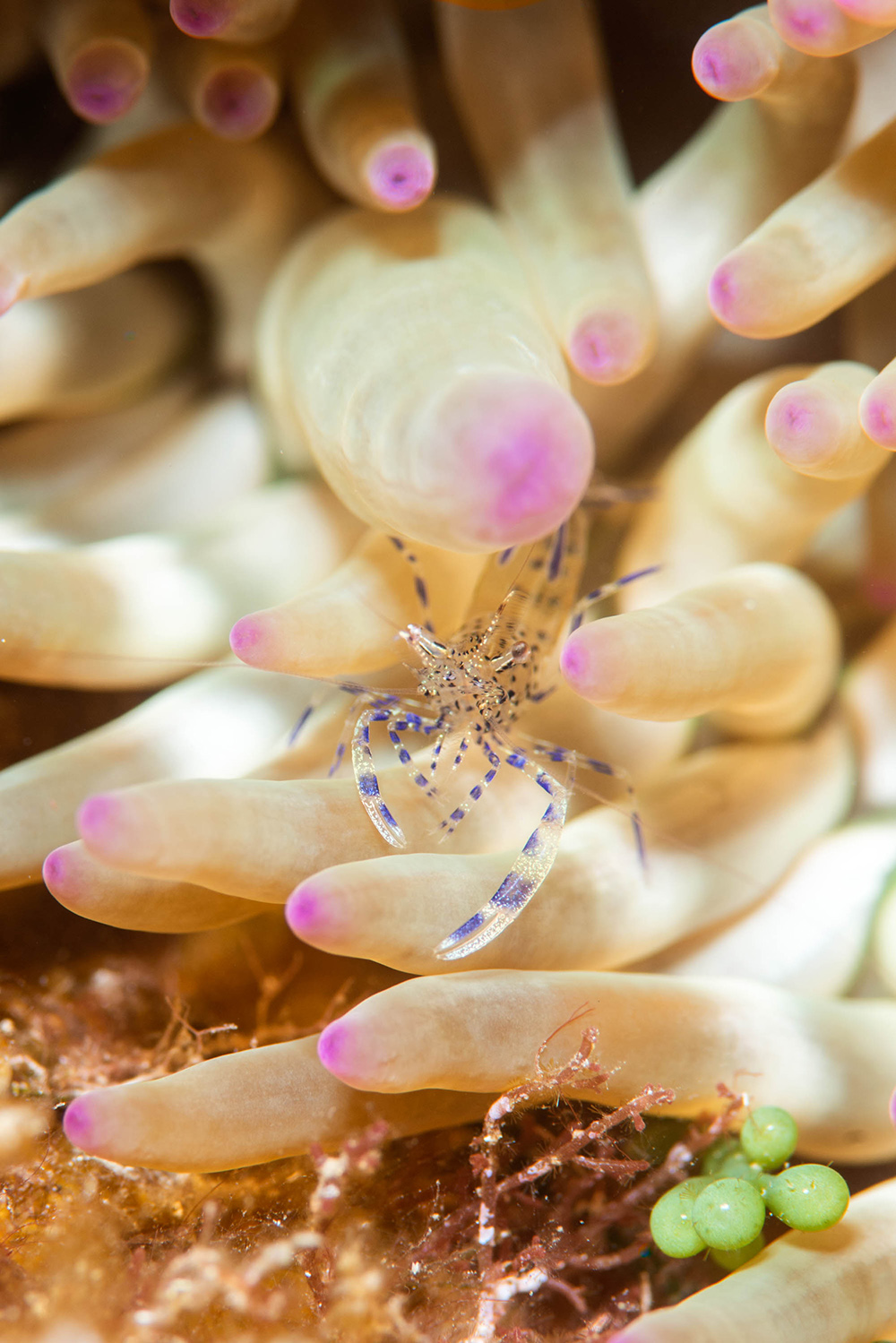 I’ve struggled to get a shot of this critter (Periclimenes amythysteus) for quite some time, so I’m pleased to finally ‘bag’ this little animal.

My next ‘nem is the largest found in the Med, the Snakelocks. 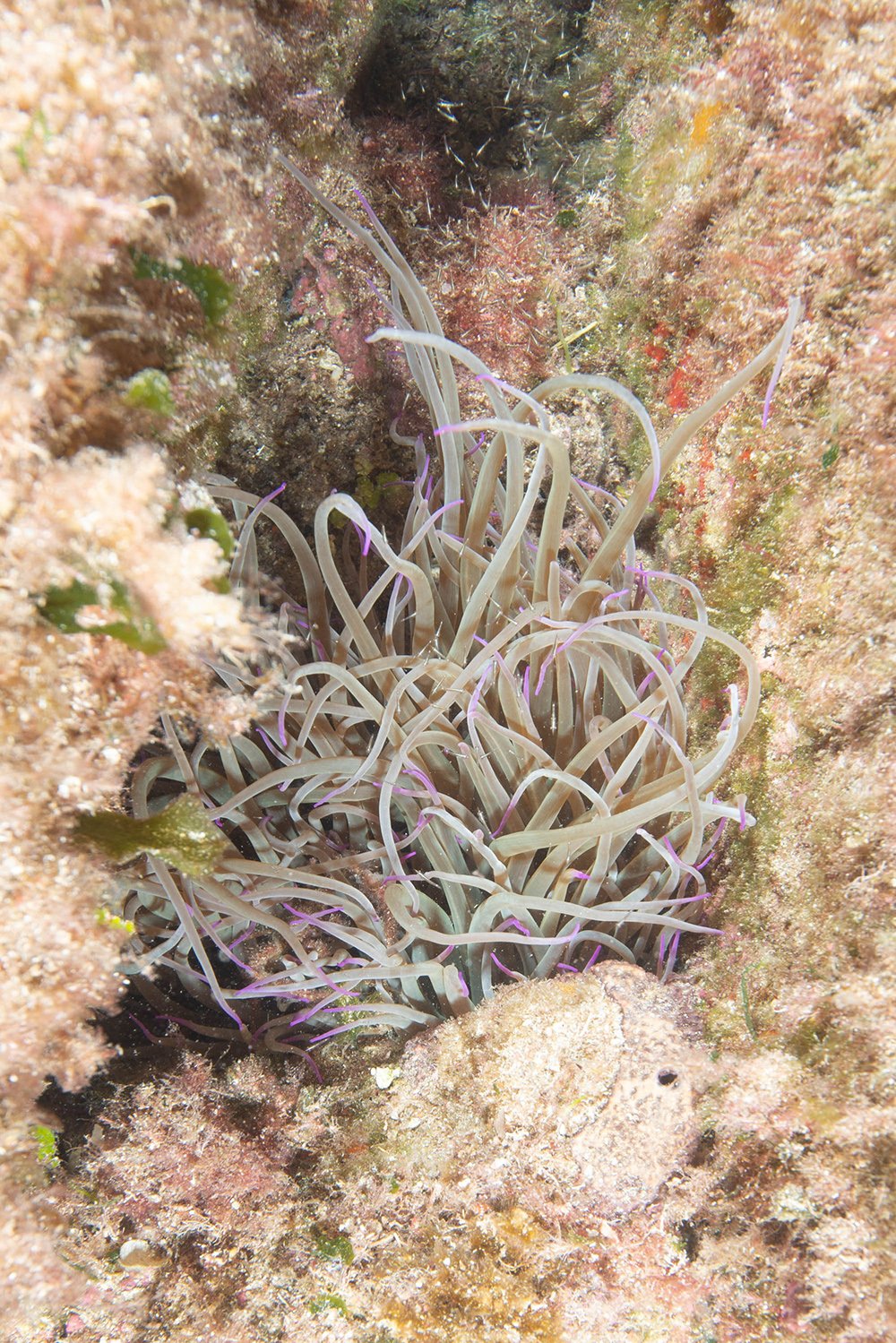 The Snakelocks (Anemonia viridis) is the most common species in the Med, as far as I can tell.  It is found across the region and at varying depths.  In some regions it is gathered from rockpools and cooked.  Take my word for it – do not eat them, they are horrendous!

As you can see from this pic, this is another animal that shelters others, in this case Possum Shrimps.  Some specimens host small crabs.

My last ‘nem is Cereus pedunculatus, the Daisy Anemone.  This is a rarer species, and can be very easily overlooked given its short stature and preference for living in cracks and between stones.  You wouldn’t know it from this image, but it is actually quite a tall ‘nem. 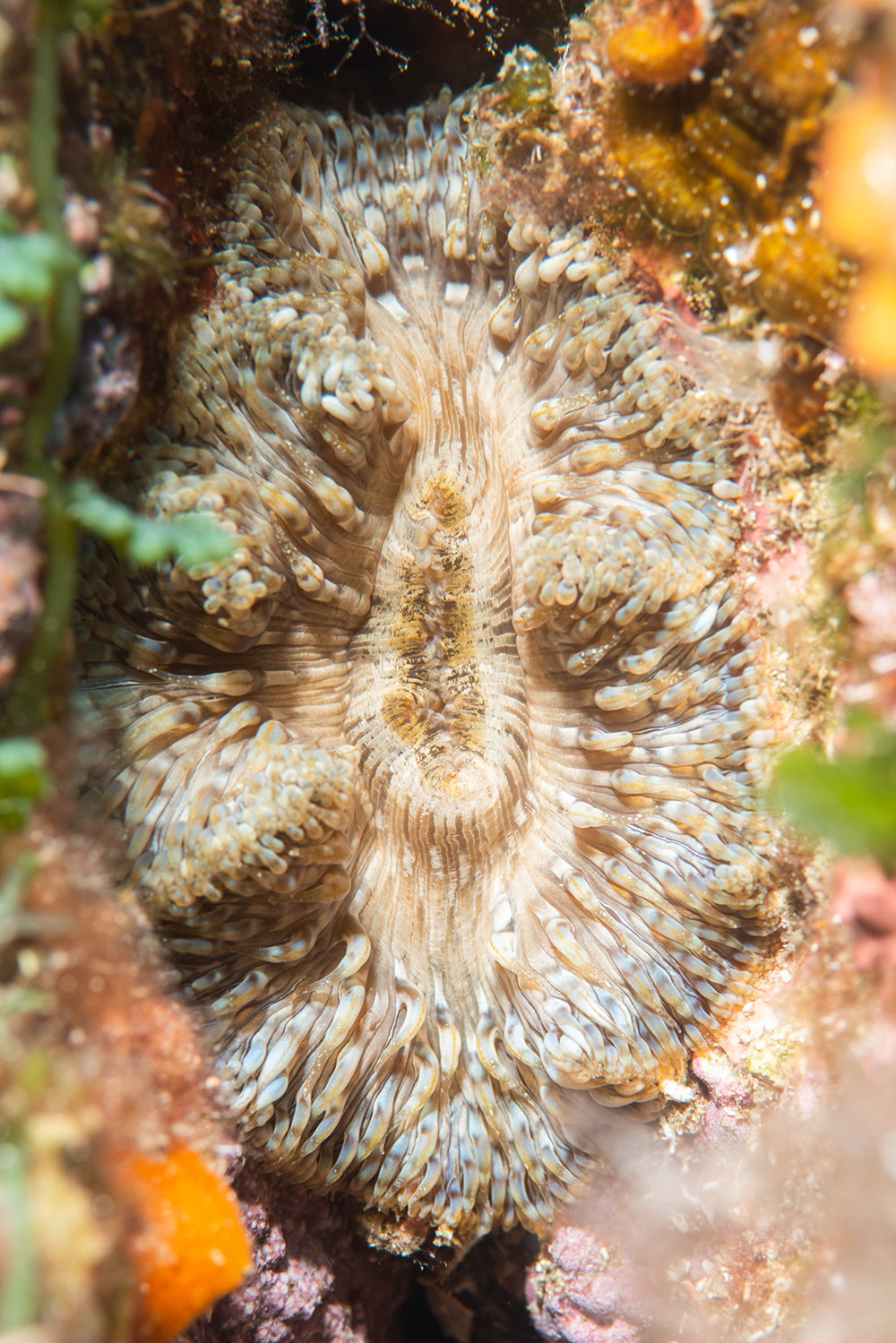