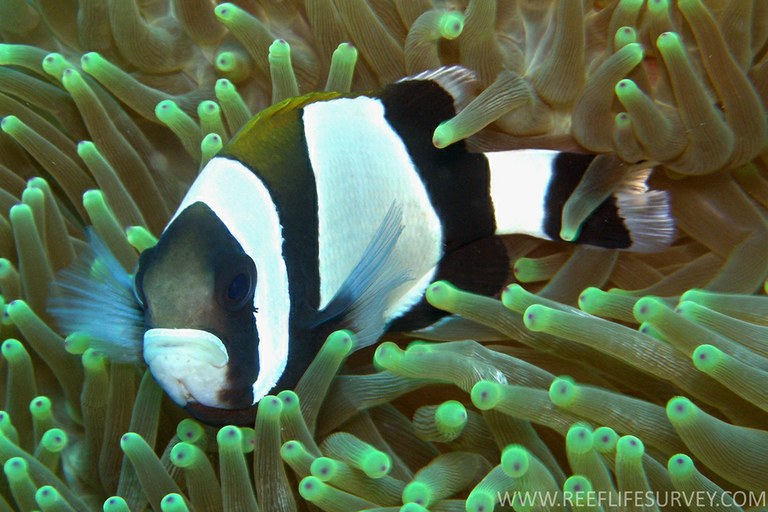 
Australian researchers conducted an in situ (natural setting) experiment to evaluate the repeatable behaviors (AKA “personalities”) of a two native clownfish species: Amphiprion mccullochi, which is endemic to a shallow lagoon on Lord Howe island, and A. latezonatus, found throughout Australia’s exposed, subtropical eastern coast.

The scientists filmed approximately sixty individuals from both species using underwater cameras, recording 15 minutes of footage at the same time each day.  The footage was then analyzed to score each fish’s behavior on boldness (time fish spent away from the safety of their host anemones), sociability (the number of times each fish interacted with fellow clownfish in an non-aggressive manner), and aggression (acts such as biting and chasing).

They discovered that A. mccullochi showed clear differences in individual personality traits while all observed specimens of A. latezonatus during the study period displayed identical behaviours.  One A. mccullochi could be much bolder or sociable than another specimen, but all A. latezonatus behaved the same.

We suggest that the harsher and more variable environmental and social conditions experienced by A. latezonatus have resulted in reduced repeatability in behavior, in contrast to A. mccullochi which typically inhabits a more stable lagoonal reef environment.

Note: The researchers aren’t suggesting that species from harsh environments don’t exhibit interesting behavior.  They might be the craziest, friendliest, or funniest species ever.  It’s just that every specimen will be more or less like any other specimen.  They will all be the same crazy or friendly or funny.  At least that’s the theory anyway.

The study is published in the scientific journal, Coral Reefs.