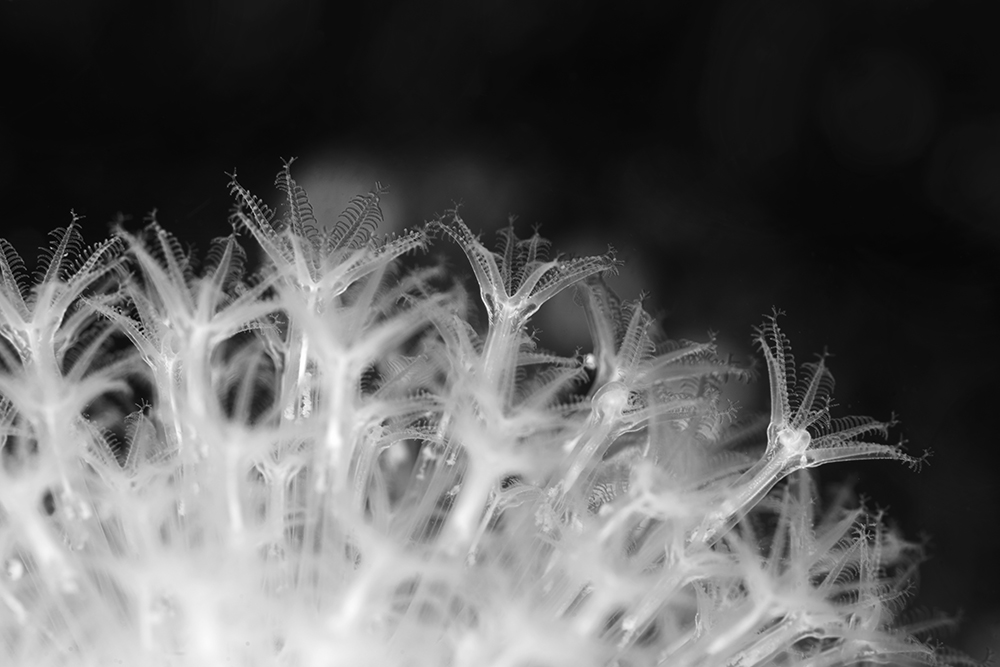 One of the things underwater photographers do to pass the time between actual work, payed or otherwise (and we’d always like more of the latter), is to revisit image catalogs to see what they might become when ‘messed around’ with in Photoshop.  It truly is a way to waste many a happy hour.  Here are some results, this time from the seas off my native land.
I’ve shared monochrome images before, but mainly from the tropics.  This time, these critters were shot off the cold waters of north-eastern England and a few miles north of the Scottish coast.

One of the things black and white allows is the chance to see the detail in a subject.  The shot of Alcyonium digitatum, a soft coral (main image), shows the delicate beauty found up-close in a coral that looks like blobs of expanded polystyrene.

Details like this requires a macro lens, and even then, some critters are hard to capture. This nudibranch, Polycera sp., has orange ‘blobs’, so tweaking the color channels in Photoshop allows me to make them stand out against the animal’s white body.  A slight cheat, but it makes the image more striking. 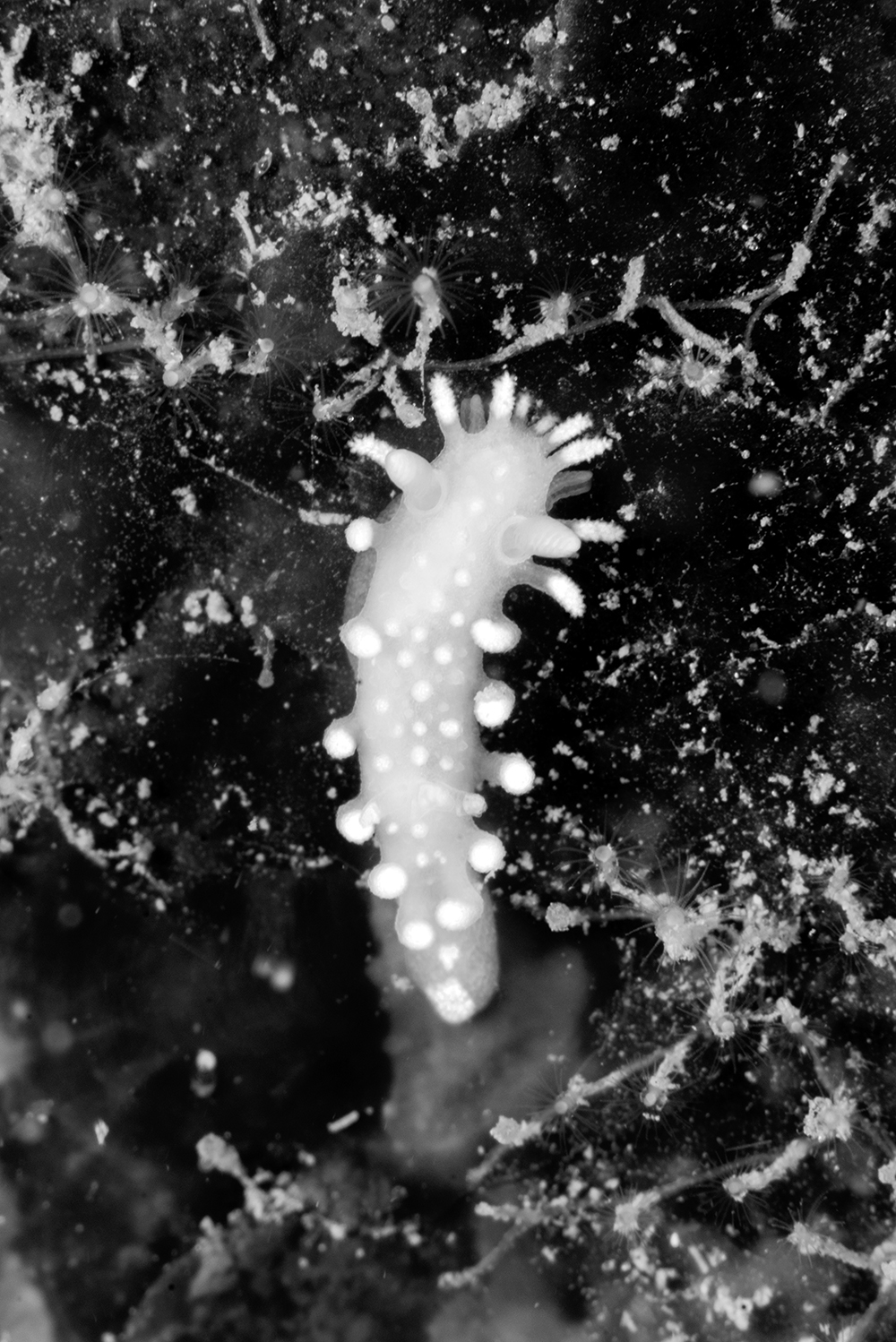 Tweaking color channels and allowing more of a certain color to be represented in the final image can bring out more contrast in an image, such as in this Dahlia Anemone.  I’ve deliberately darkened the red channel to create a more ‘contrasty’ image. 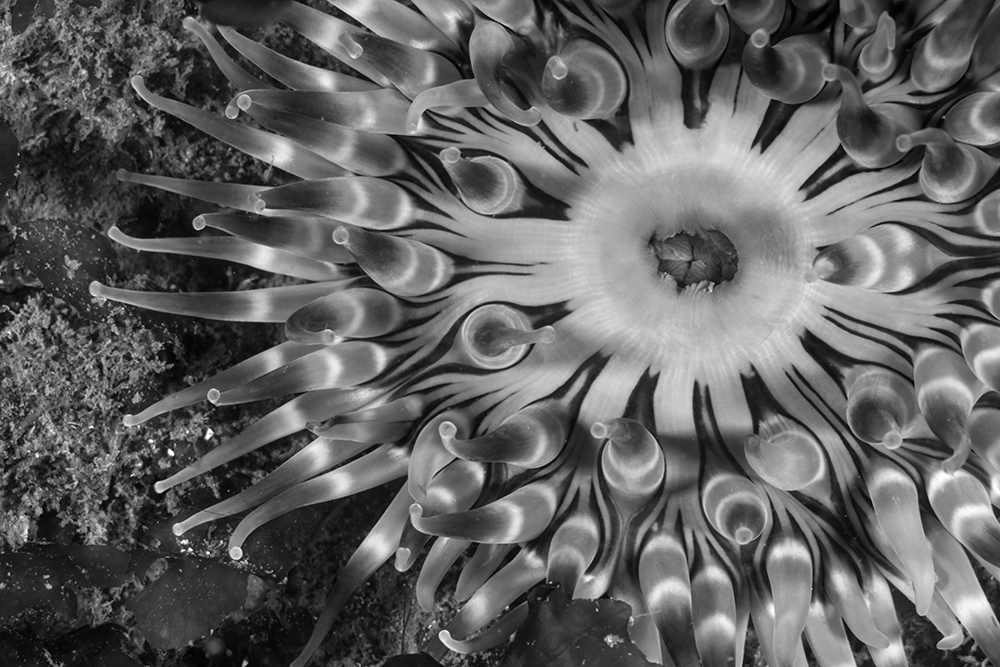 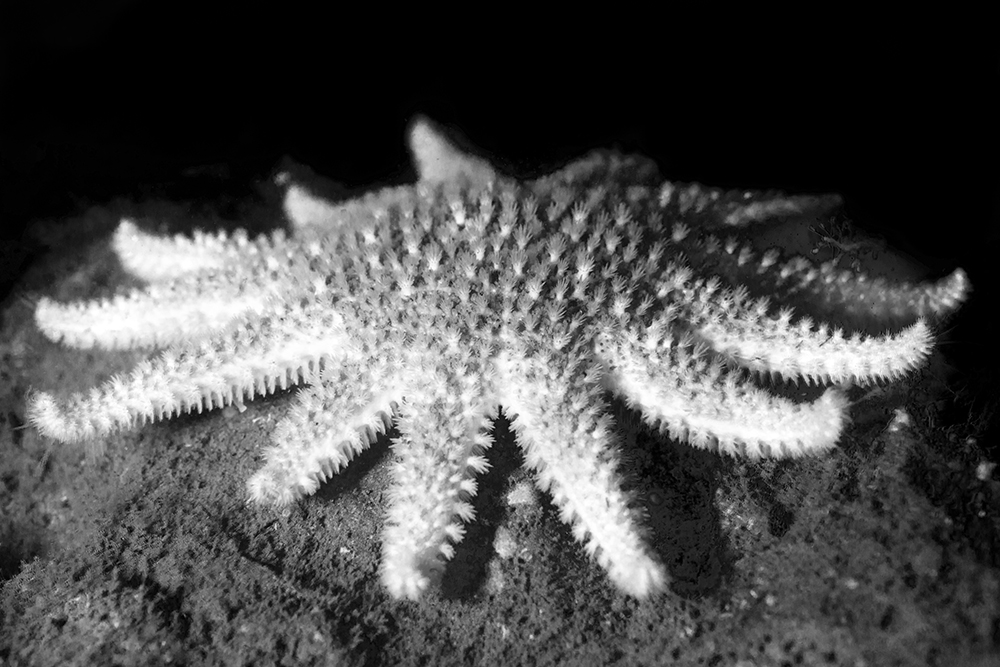 In other images such as this Sunstar, the black background (it was shot during the day, but you’d never know at 30 meters) makes the animal’s shape even more striking.  And in the final picture, of a Butterfish, I’ve adjusted the settings to give the fish an almost ethereal glow. 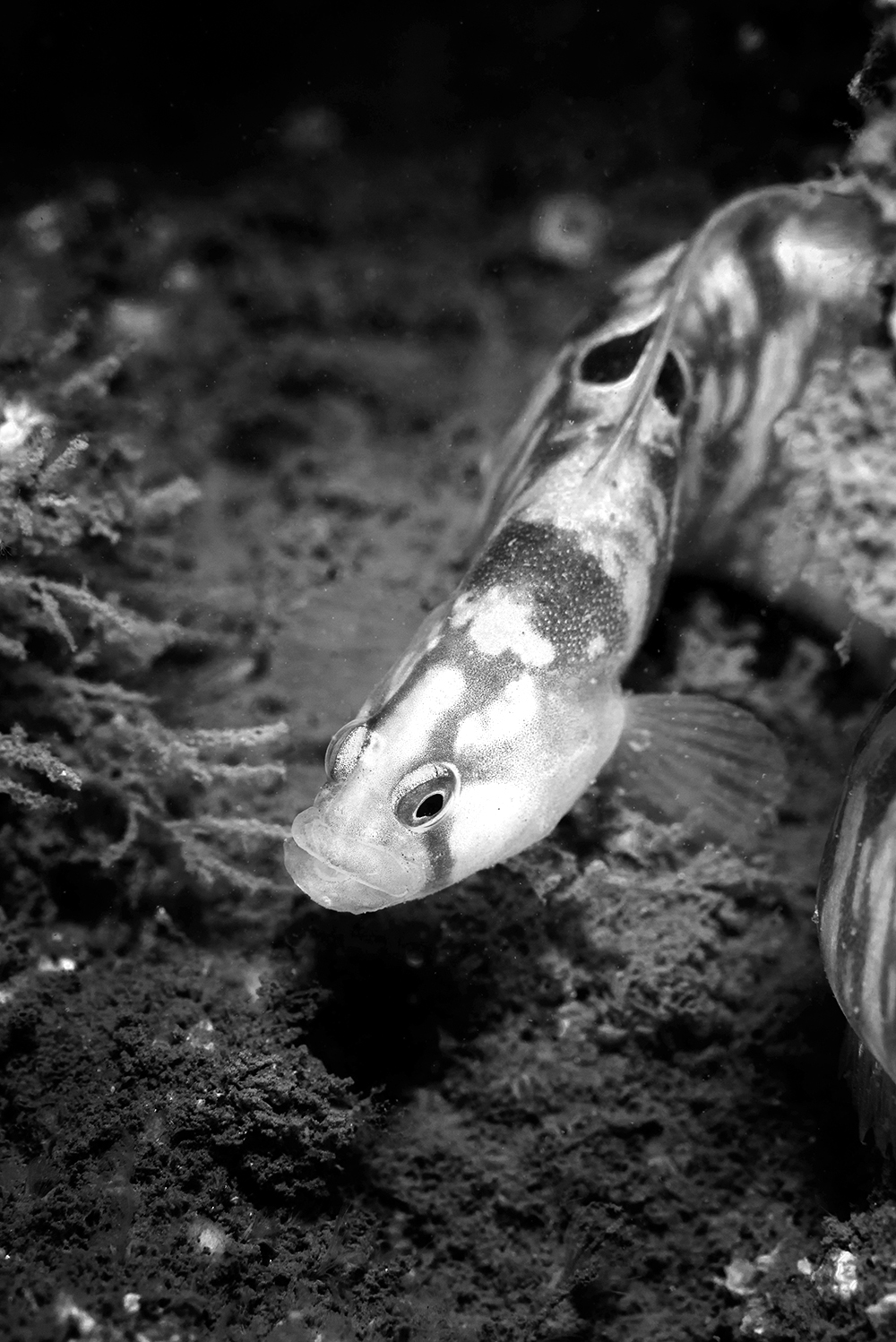