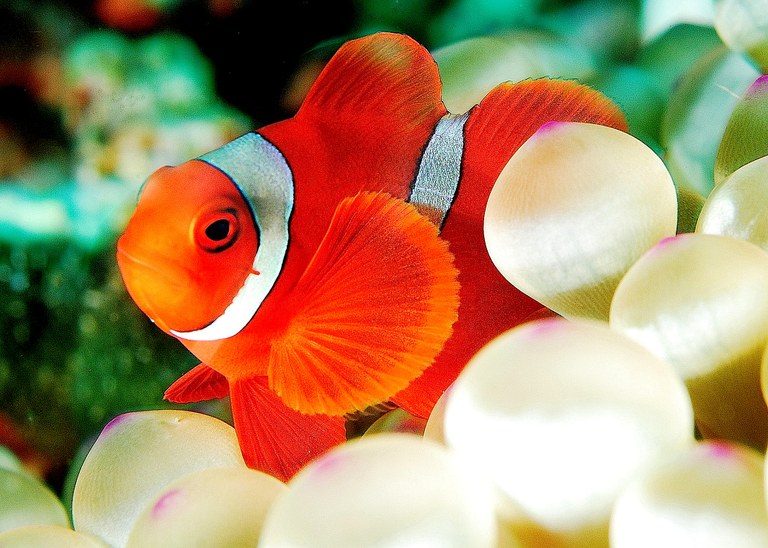 Surprisingly, maroon clownfish reared in warmer waters not only acclimated to but actually overcompensated for the higher temperatures.  The study found that “fish reared at + 1.5 °C and + 3.0 °C above present-day mean temperatures possessed enhanced performance across all testing temperature (28.5 °C to 31.5 °C), i.e. overcompensation.”  Specifically, the juvenile clownfish raised in high temperatures developed superior aerobic metabolism.

The most jaw-dropping finding – one that may play great significance for clownfish aquaculture – is that juvenile maroon clownfish raised in the hottest water (31.5°C (88.7°F) grew faster, bigger, and heavier than all other clownfish.  To what extent?  8% bigger and an astounding 29% heavier than clownfish in present-day temperature (27°C/80.6°F)!

Does this study mean that reefs are better off with warming seawater?  Of course not.  But some species like maroon clownfish might not only cope with hotter oceans but may actually thrive in them.

Clownfish breeders may want to confirm these studies for themselves.  Will breeders be able to bring new livestock to market 10-25% faster?