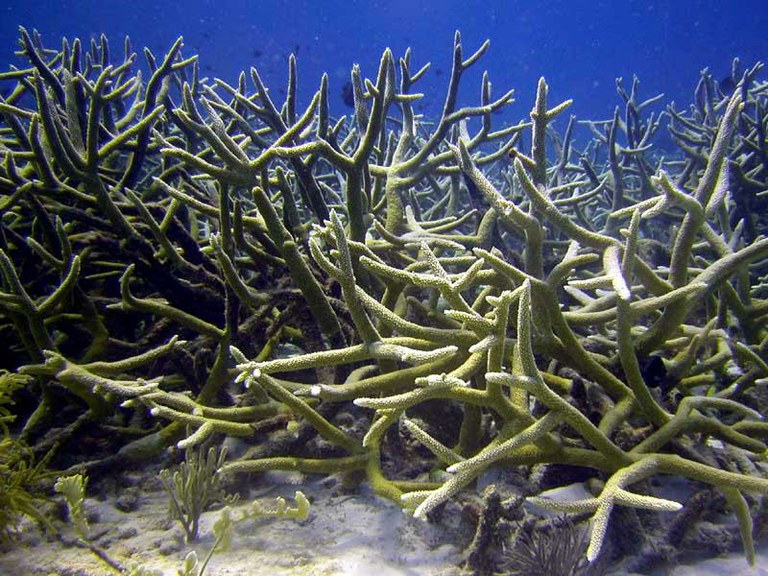 A dense growth of A. cervicornis growing in Curacao.


According to the Nature article:

“One type (of coral) has been spotted ‘sprinting’ at 14 kilometres a year, thanks to a lift from ocean currents. That means ocean ecosystems could shift rapidly in the face of climate-change impacts such as warming seas, the authors say.”

This observation matches up with other observations where scientists have found Australian reef fish farther south than before and in a 2004 study of elkhorn and staghorn corals were also found much farther north than they had in the past.

Hiroya Yamano and associates from the Center for Global Environmental Research in Tsukuba, Japan, observed nine different corals in their study and found that four of the nine had moved northward.  Of these four species, all four had been classified as “vulnerable” or “near threatened” since 1998.

It’s uncertain what will happen in these higher temperature zones but new ecologies will certainly spring up to take over the vacated areas.