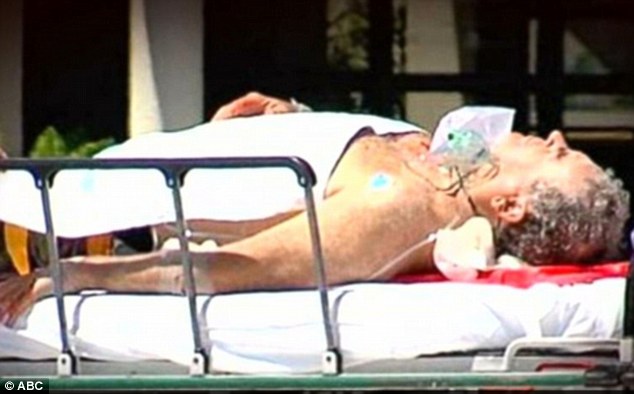 Very sad news in Florida. A spear fisherman, whose identity is still unknown,  bitten multiple times by a shark Friday afternoon off Jupiter Inlet, Florida. Jupiter is a very popular place for fisherman and divers and swimmers alike and is known for some of the best fishing in South Florida. Witnesses on the scene state that it was a bull shark that bit the man in his back, torso and head. The man was airlifted to St. Mary’s Hospital Trauma unit. It appears the man was spearfishing for Cobia, a popular catch in the area, which were found aboard his boat. Luckily there were two other people aboard his boat who were able to call for help. ‘He was bleeding quite a bit,’ witness Peter Pinello told WPBF. ‘It looks like a shark had gotten him in the torso. You could see his wetsuit was embedded in it, and it looked like it took a good chunk of it out.’ My thoughts and prayers go out to this man and his family. A status on his condition has not been made available as of today. MORE