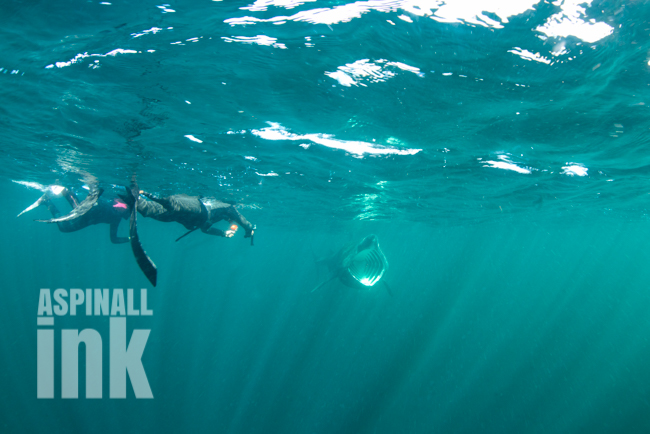 the fish emerges from the plankton-rich water

I spend as much time as I can in the water these days; in fact, since I gave up my aquarium, I’ve had a lot more cash to spend on splashing around.  Last summer I got to swim with the second largest fish in the sea, the basking shark. 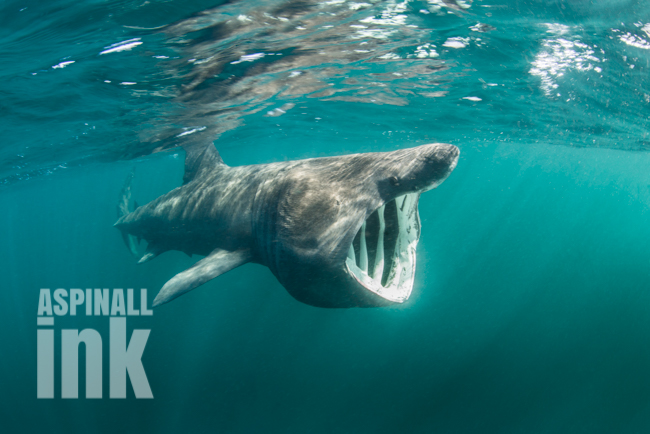 Every so often, it’s good to remember that there’s another world out there, one away from the everyday concerns of office politics and home troubles. For me, the best thing to distract me from ‘normal life’ is getting in the water and if possible, seeing something truly remarkable.

Last year, during a very brief few days of sun and calm seas I got to spend time in the water with basking sharks. Baskers don’t quite reach the same massive size as their larger relative the whale shark, though I think the largest recorded basker was still over twelve meters long – so still pretty impressive. For sake of accuracy I should add that the largest bony fish is of course the sunfish, which I think also weighs in as the heaviest. 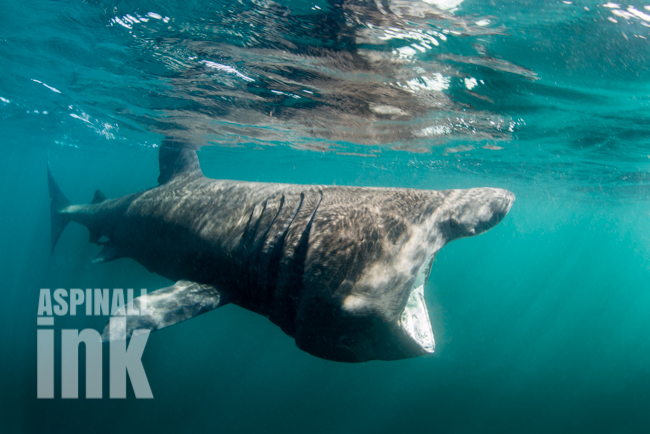 Basking Sharks roam across the oceans, but I spent time with fish that are believed to have migrated from the western Atlantic, up along the coast of Europe, and into the Irish Sea following the seasonal plankton bloom. The fish then continue to move up into the waters around the Atlantic coast of Scotland and this is where I met a few of them. 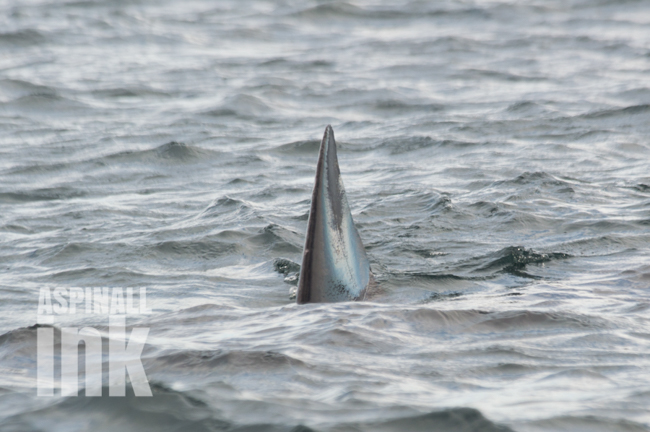 The dorsals can be huge

Finding basking sharks isn’t easy, especially in rough seas. Despite their massive dorsal fin breaching the surface it’s hard to locate them without a trained eye, so local knowledge is necessary. Locals tend to know where the tides and currents will concentrate plankton, including those wonderfully nutritious copepods that form a good chunk of the diet of basking sharks. 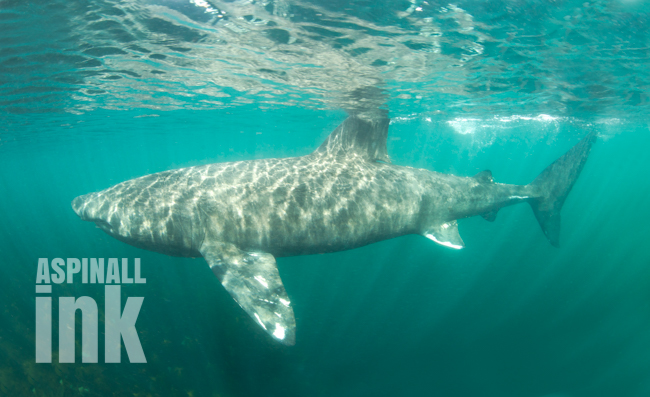 Once located, the fish are easy to approach, as they swim along at the surface with mouths agape, straining out the plankton. Their gill rakers and mouths are bright white which helps with locating them. What you don’t appreciate though is just how huge these things are. The water is often murky with plankton, so all of a sudden the fish appear and swim past you like a large truck rolling past, as if out of a bank of fog. When they close their mouths they resemble a Great White in profile.

If you get the chance to swim and snorkel with basking sharks, do so, you won’t regret it, but do try to seek out responsible operators who will respect the animals.

Basking Shark numbers in UK waters are now steady due to protection from fishing. They were once heavily hunted for their oil-rich livers, which can make up a quarter of the fish’s body. Sadly, their numbers have not risen, presumably due to low birth rates and continued loss of fish from unsustainable fishing practices elsewhere in their range. DNA studies are helping scientists understand a lot more about the fish’s populations, but there is still much to learn, especially about their breeding habits.