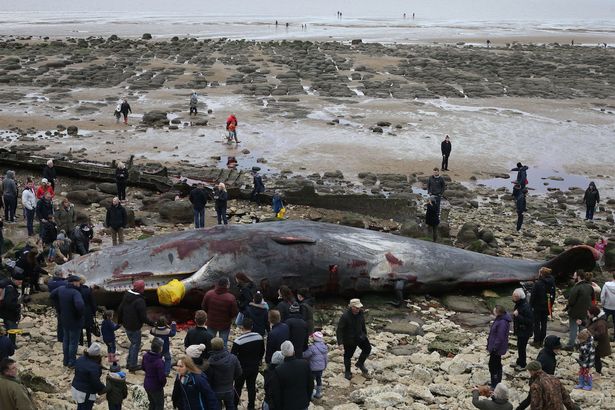 This past weekend three sperm whales were found dead on an Eastern English beach. This is just a week after other sperm whales were found dead on German and Dutch beaches. It is believed that the whales were from the same pod. Scientists believe that the whales may have become disoriented while hunting. The sperm whale is the largest of the toothed whales and has the largest brain of any animal on earth. They reside in deep water and usually always travel in pods. It is likely that the whales may have become separated from their pod while hunting, went into shallow water, and became disoriented, which could of lead to their death. Scientists believe they died before becoming beached at shore.Scientists from the Cetacean Strandings Investigation Programme, a UK government organization that investigates the deaths of dolphins, sharks and whales, will carry out investigations into the deaths of the whales. Examining decomposed whale bodies can be dangerous. The gases in the decomposing whales are prone to exploding.The whales were roped off once on the beach to keep the many onlookers away, however, this didn’t stop someone from putting graffiti on the whales body. The whale carcasses will be removed in one to two weeks.  MORE