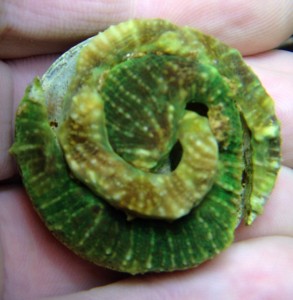 My most recent spiral graft is part art project, part science experiment, and involves a genus that I have had great success with in the past, Acanthastrea. I used two corals that originally came from the same mother colony; over the span of two years, one line of clones took on a remarkably different coloration. One set of clones was kept in the aquaculture system connected to Joe Yaiullo’s 20,000 gallon reef tank. The other set was kept in the ReefGen aquaculture on the other side of the aquarium. Both systems receive the same original make up water but have different coral and fish populations, as well as different lighting (T5 vs LED).

I have made numerous grafts of various sorts of the years. Not all grafts take, but those that do produce stunning results. I knew that these two lines would indeed fuse since they are clones, but I was curious to see how they would influence each other’s color after such a long period of separation in different conditions. 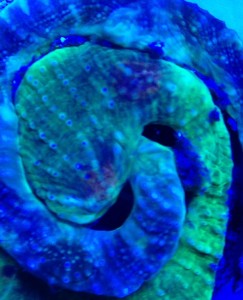 A zoomed in fused of the newly fused area, green highlights can be seen in the darker donor coral

The picture above was taken 2 weeks after I first grafted the corals, and already shows some areas of fusion. The green from one donor can be seen oozing into the other donor tissue.There are two options I believe for the green transferring from one coral to the other. One possible explanation is that the coral cells themselves are produce the green fluorescent protein and stem cells of the brighter coral migrated into the tissue of the duller host. This stem cell migration is a natural method of growth in corals, with high growing areas of the coral releasing stems cells to travel to the edges of the coral or repair damage. Once the corals fused, the stem cells could then travel along the internal highway known as the mesoglea. In my successful spiral fusion of War Coral Favites, I believe that colors seen popping up in areas far from the graft are due to this effect, as seen in the picture below. 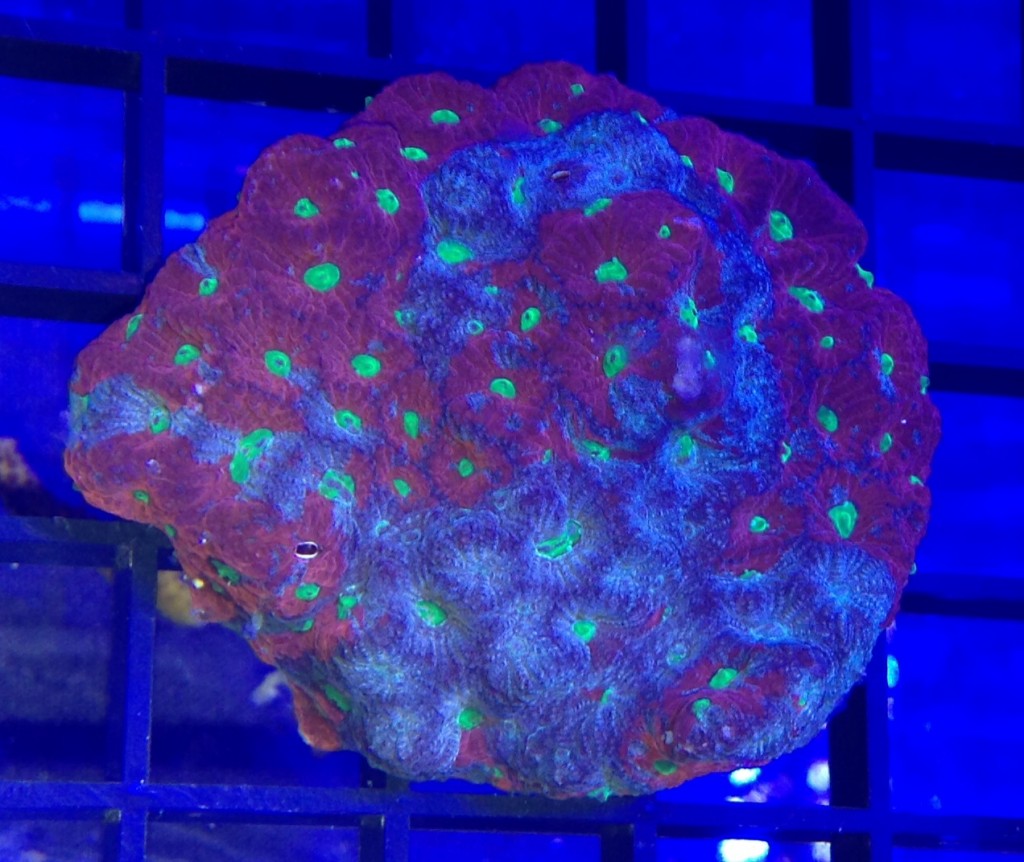 Another plausible explanation is that the green fluorescent protein is produced by the intracellular Thraustochytrid symbionts, and these propagated in the duller coral once the corals came into contact. This type of color swapping does not need the mesogleato be completely fused, and this explains color sharing in non fused coral, which is also often seen. I am excited about the repercussions of this finding, as Thraustochytrids are quickly becoming recognized as critical to the functioning of healthy coral. We are just starting to unlock the secrets of this symbiont, and they have many more to reveal.