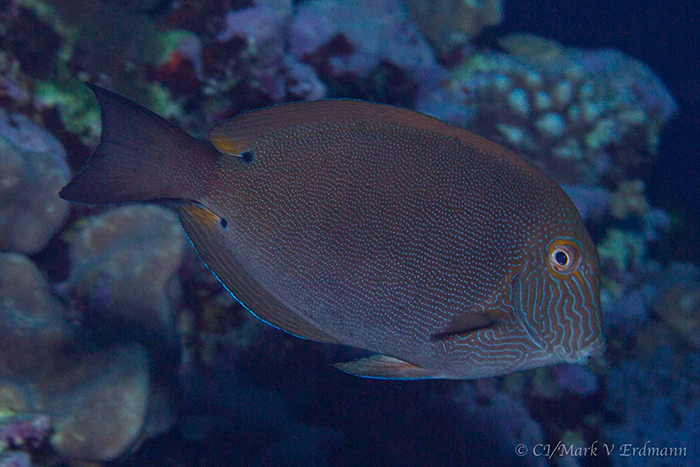 A recent expedition to some of the most remote reefs in the South Pacific has yielded an especially exciting discovery for surgeonfish fans. Earlier this summer, biologists from Conservation International and the Auckland Museum set sail on a six-week journey into the unexplored waters of several places you’ve likely never heard of: Minerva, Kermadec, ‘Ata, Lau. It was at this last location, which lies isolated in the southeast corner of Fiji, that the intricately patterned specimen seen here was encountered. But what is it?

There is some contention that this might actually represent a new species, and, admittedly, the finely spotted body is unlike anything that has previously been documented. But in most other respects this fish is essentially identical to a widespread species in the Central Pacific, the Greyhead Surgeonfish (Acanthurus nigros).

It was only in 2011, that A. nigros was officially recognized as a distinct species, as it had previously been confused with a very similar fish from Hawaii, the Blueline Surgeonfish (A. nigroris). As the name suggests, that species is covered in blue lines along the body; however, we often find these broken into fine spots in specimens of A. nigros. The proportion of lines and spots seems to vary wildly between specimens, with some being mostly lined and others, like the one from Lau, being mostly spotted. Whether these differences are related to size or sex is unknown, but, judging from available photographs, it seems unlikely that there is any geographic explanation for this, which would in theory preclude this spotted fish from being an unrecognized species endemic to Fiji.

The main impetus for splitting A. nigros from the Hawaiian A. nigroris was a genetic study that revealed some considerable differences between the two, indicating that these separate Pacific populations have been reproductively isolated from one another for roughly two million years. Minor morphological differences were also found, but reliable external traits for telling these two apart have so far been hard to prove. The orange markings in the fins of the Lau specimen were suggested by Mark Erdmann of Conservation International as another possible difference, but this coloration has been seen in specimens across the Pacific (e.g. Yap, Tahiti, Cook Islands).

So is this beautiful spotted fish new to science? Maybe… but almost certainly not. The same study mentioned above also showed that specimens of A. nigros from across the Pacific (e.g. Samoa, Micronesia, Polynesia) were essentially indistinguishable from one another genetically. So, in all likelihood, the Lau surgeonfish is just a particularly nice example of the widespread Greyhead Surgeonfish. 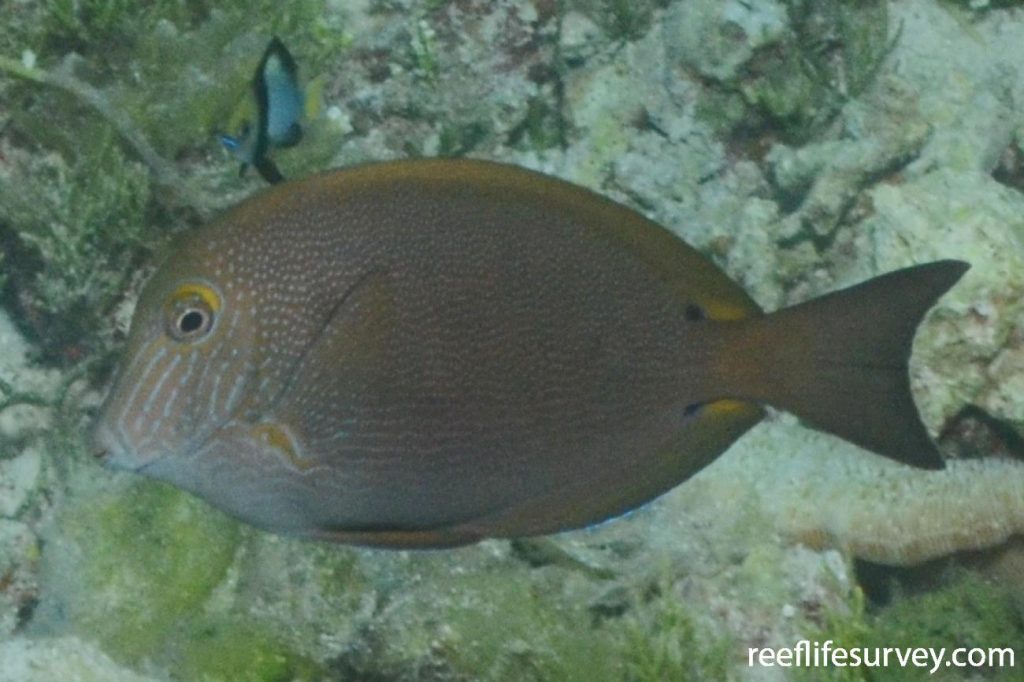