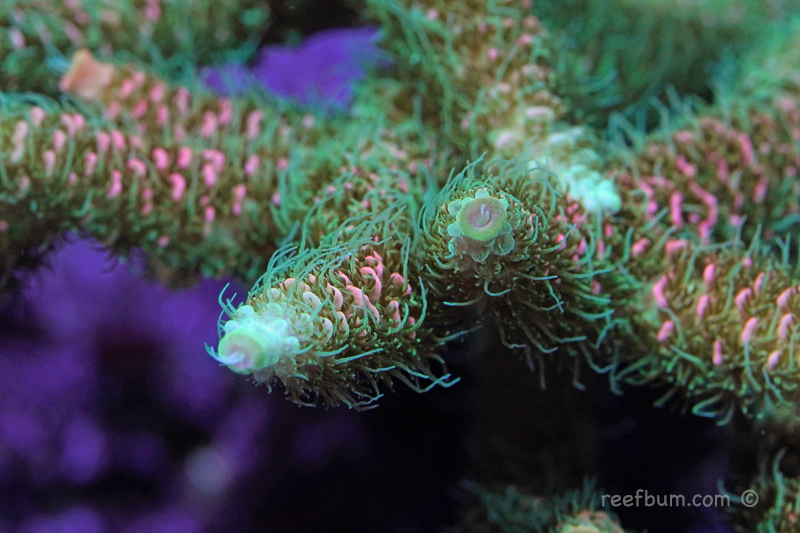 Back in 2008 AquaSD in San Diego was unpacking a shipment of corals and came across a stunning Acropora millepora that created quite a buzz among SPS enthusiasts. Frags of this coral, the AquaSD Rainbow Millie, started to spread around the reef keeping community, becoming a must have coral for many SPS collectors, especially among those who craved millies, like me ?

There are other corals today that generate much more buzz, and higher prices, but the AquaSD Rainbow Millie is certainly a worthwhile addition to any reef tank. It has neon green polyps that contrast beautifully with vivid orange corallites, which have more pronounced coloration near the tips of the coral’s branches.

So what else is cool about this Acropora? The long polyp extension MORE