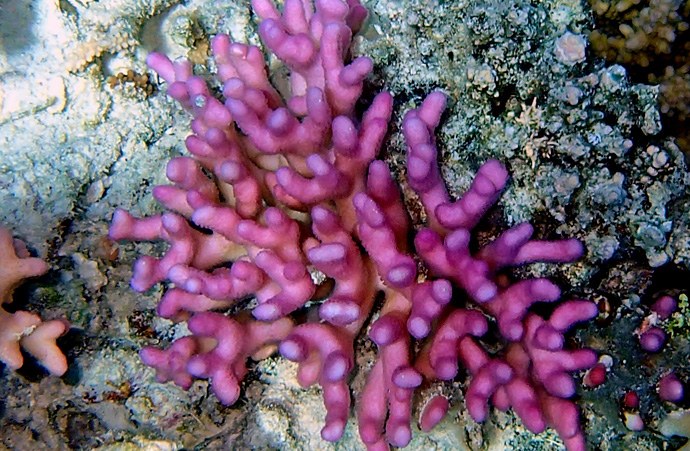 
Scientists have long known that corals can produce hydrogen peroxide but have previously thought that H2O2 was a byproduct of the symbiotic relationship between the photosynthetic zooxanthallae and the coral host.  A new research published in Nature Communications shows this is not so.

Researchers discovered that both fully bleached and healthy Stylophora pistillata will produce hydrogen peroxide when they are feeding on zooplankton (Artemia salina nauplii).  Because both bleached and non-bleached corals had the same physiological responses to the feeding stimuli, we now understand that H2O2 is not part and parcel to a coral’s relationship with zooxanthallae.

Just as interesting (if not more so) is that when the researchers placed these corals in seawater stripped of calcium, the Stylophora completely ceased feeding as well as ceased H2O2 production.  This finding demonstrates that calcium is not only important for calcification but also a hermatypic coral’s feeding response as well.

So why do corals produce hydrogen peroxide?  We really don’t know for sure.  The chief theory is that this chemical is used as a defense against bacteria and cancer cells; hydrogen peroxide is a well documented antiseptic (that’s why it is available at your local pharmacy).  However, the amounts of H2O2 measured in this experiment were below the lethal concentrations for effective bactericide.  Thus, the researchers for this study hypothesize that the hydrogen peroxide is “to deter (but not kill) predators as well as pathogenic bacteria which might be expected to invade the coral tissue following physical damage.”  Or could hydrogen peroxide stun zooplankton, facilitating capture?  More research is needed, but this is very cool stuff.