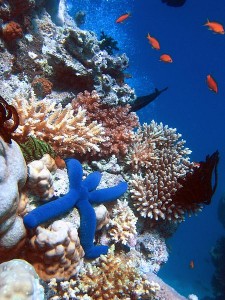 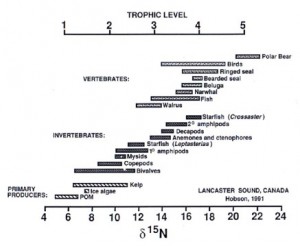 Using a mass spectrometer, one may determine the stable isotope concentration of a tissue sample derived from a marine organism. The results are likely to provide a general understanding of the organism’s position in an ecosystem’s food chain.

Though in its relative infancy, stable isotope analysis may help us better understand coral reefs and the organismal interactions that drive their existence.