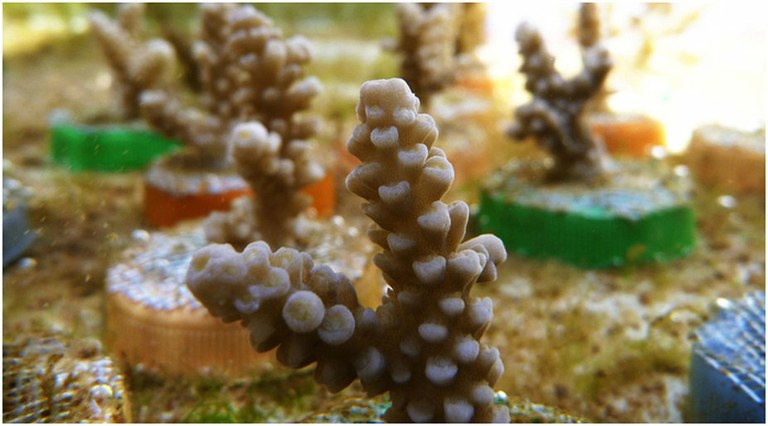 Under constant dark lighting condition, there was precipitation of CaCO3 throughout the 48-hour experiemnt.  However, there was still some skeleton extension during the first 12 hours, which suggests that “skeletal extension persisted until energy reserves that originate from photosynthate translocation by dinoflagellates were depleted,” according to the researchers.  They go on to state: “This finding indicates that the calcification process keeps going during the first subjective daytime without external light and without new photosynthate production by the algal symbionts.”  During the first 24 hours, the Acropora were still trying create skeleton according to their previous circadian rhythm.

The research is published in Scientific Reports.