Apparently the first week of May was a worldwide week of catching unusual specimens. This find is just too interesting not to share. 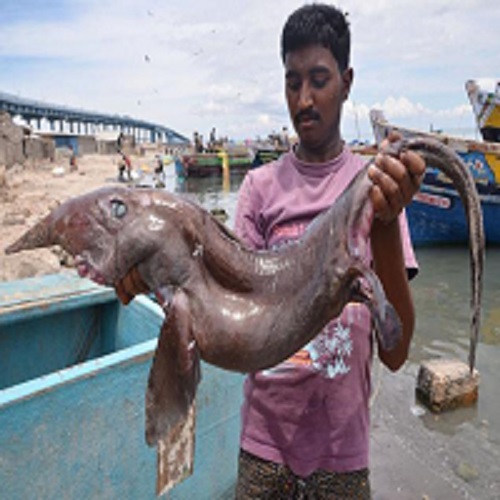 Just a day after writing about the rare Goblin Shark caught off the coast of Key West, fisherman in India have caught a rare deep sea fish known as Rhinochimaera. Fisherman in the South Sea were netting for lobster 40 miles south of Pamban, India when they pulled in the unusual looking fish. Here is rare footage of the elusive fish filmed by the NOAA Okeanos Explorer last year.