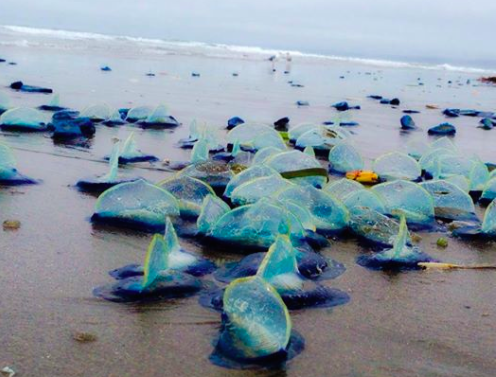 Thousands of Valella Valella, a beautifully translucent, jellyfish-like invertebrate, all decided to crash the same party when they washed ashore the central California Coast this week. No strangers to the Pacific, these guys usually hang out on the water’s surface, but rarely ever wash ashore in their lifetime. “It’s been eight years, plus or minus, [since] we’ve seen them,” Nancy Black, a marine biologist of Monteray Bay Whale Watch, told San Jose Mercury News. “Why they’ve come now, it’s hard to say.”. The whole event has been circulated by curious beachgoers on social media outlets, and their photos are almost unworldly. They look like beautiful pieces of art glass to me, would love to witness the phenomenon in person. (via: Huffington Post) 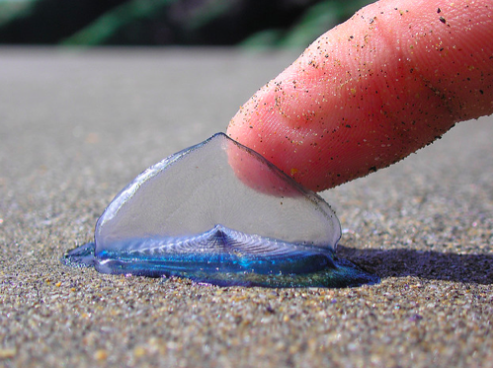