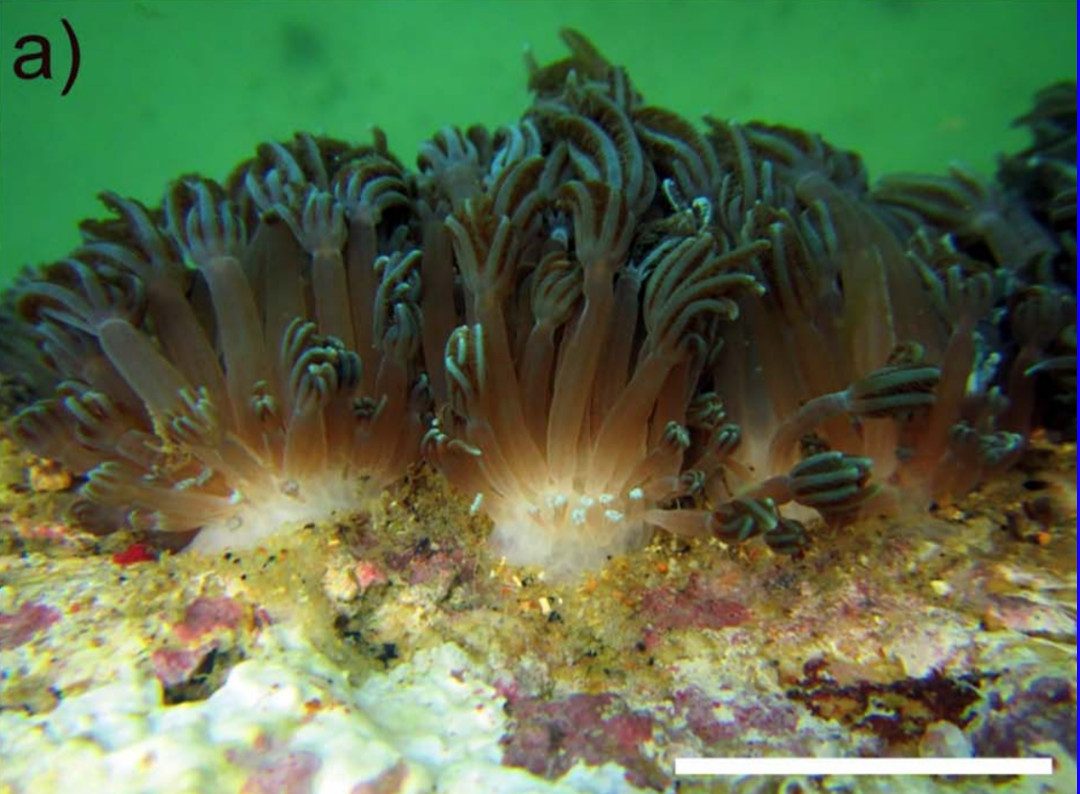 The presence of some new invasive soft corals has just been reported in the West Atlantic, and, more likely than not, it’s an aquarist that’s responsible. Brazilian researchers were conducting a coral survey last October along the reefs south of Rio de Janeiro when they unexpectedly stumbled upon two species common to the aquarium trade: Blue Xenia (Sansibia sp.) and Clove Polyps (Clavularia cf viridis).

Ironically enough, this survey was part of an effort to monitor another introduced species in the region, the highly invasive Tubastraea sp. Sun Polyps. That coral is thought to have hitchhiked over from the Indo-Pacific on oil platforms and is now proving to be a major disrupter of benthic ecosystems, effectively outcompeting native species in a manner similar to its invasive piscine counterpart, the Pterois Lionfish.

The researchers surmised that these new soft corals originated from an aquarium release, based on both the limited shipping in this area (making a boat or oil platform introduction unlikely) and the popularity of these species among aquarists. Given the projected growth rate and the current colony size, it is estimated that this would have occurred within the last two years.

At the moment, this invasive population covers a relatively small area, just 170 meters, on a rocky island near the sandy coastline. Sansibia was found on virtually all hard substrates here, becoming especially abundant in areas devoid the native Zoanthus. Whether it’s outcompeting these zoantharians or simply occupying an underutilized niche is unknown. Clavularia, on the other hand, was only encountered in three small colonies, indicating a clear difference in the relative abilities of these species to colonize new habitats. Sansibia seems likely to become an especially prolific invader, as small fragments of it were seen drifting along the sandy bottom, eager to drift away towards new reefs. 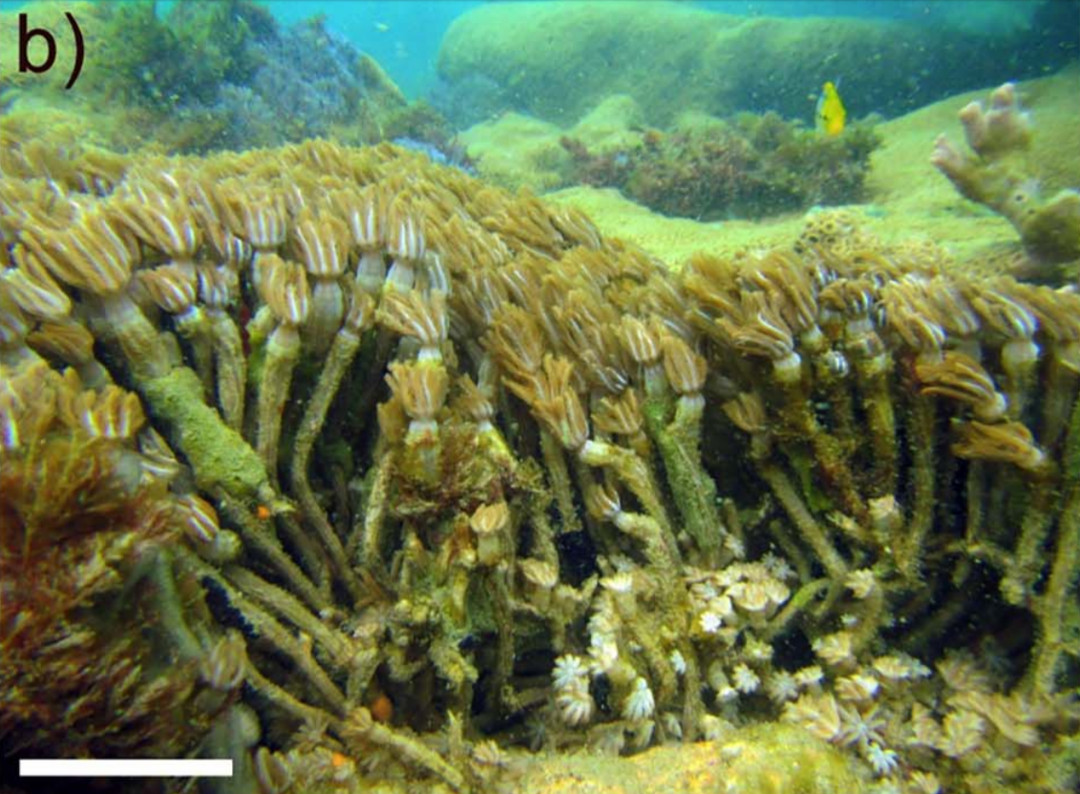 Clove Polyps (Clavularia) invasive in Brazil. Of course it would be the boring beige phenotype and not the colorful green and orange variant. Credit: Mantelatto et al. 2018

This isn’t the first instance of Indo-Pacific soft corals being introduced into West Atlantic, and, odds are, it won’t be the last. Oil platforms have been implicated with a couple other Brazilian invasives, the encrusting Stragulum bicolor and the arborescent Chromonephthea braziliensis. There’s also the published account of a dense population of Xenia in Venezuela alleged to have been planted by commercial collectors in an effort to propagate the coral for export.

Please, don’t be stupid. Never release fish, corals, invertebrates, algae (i.e. ANYTHING!) from an aquarium into the ocean. This is always a terrible idea for the native fauna.