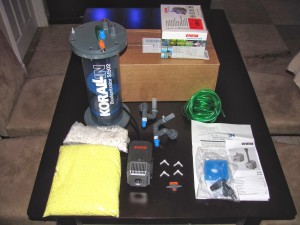 In the perfect aquarium, nitrate is naturally removed via anaerobic bacteria within live rock, or the sand bed. If there is still residual nitrate, it’s assimilated by macro-algae growing in the refugium. That’s a perfect scenario, and as aquarists, we rarely have things work perfectly. Residual nitrate often accumulates within our tanks. It may be the fault of a high fish load, or perhaps over-feeding. It could be that the aquarium cannot support a strong enough population of anaerobic bacteria, or something is leeching a constant stream of nitrate into the water. Whatever the culprit, nitrate is difficult to totally eradicate from the marine aquarium. To make matters worse, we all know the cost of nitrates, increased algae growth, potential for cyanobacteria, slowed coral growth, coral browning and possible rapid tissue narcosis. In any event, excessive nitrates are bad news for reef aquariums. While a nitrate level of three ppm or under is manageable, many reef aquariums drift into the territory of nitrate readings exceeding 10 ppm. It leads to a host of problems, and is often difficult to correct. Enter sulfur based nitrate reactors. 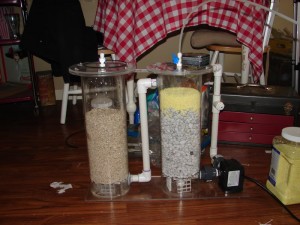 Aquarists usually go through a lot of trouble trying to reduce nitrates. Some add more live rock, hoping to increase the surface area for anaerobic bacteria. Others form deep sand beds, or pack their refugiums full of macro-algae. Some reef keepers install a bio-pellet reactor, or traditional nitrate reactor. Bio-pellet reactors use a bacteria digestible carbon polymer (often called a bio-plastic) to increase the presence of anaerobic bacteria. The bacteria use carbon as a food source, and as they digest the bio-plastic, they also assimilate nitrate. While these reactors are known to work, they have been implicated in cyanobacteria break-outs, if the reactor’s output isn’t directed into a protein skimmer.

Traditional nitrate reactors use slow flow rates over the appropriate media to cultivate anaerobic bacteria. A major downside to these reactors is the fact that they need fed a soluble carbon source (often daily). The amount fed is based on the existing nitrate level, and it can be tricky to dose the right amount, at the right time. They are also prone to de-cycling, a process in which the anaerobic bacteria within the filter dies down. This causes a nitrate build-up of organic matter within the reactor, often causing the water exiting the reactor to be laden with nitrate, sometimes in excess of 50 ppm. The constant addition of soluble carbon builds up within the water, lowering the ph. Often aquarists who implement traditional nitrate reactors are either constantly dosing, or adding a secondary reactor to buffer ph and remove excess co2. Bacteria within traditional nitrate reactors also creates a thick white slime, which builds up within hoses and needs flushed out from time to time. Sadly, flushing out this slime can lead to de-cycling, since it stunts the bacteria population.

Neither bio-pellets nor traditional nitrate reactors are maintenance free and without consequence. It’s their inadequacies that have led to the popularity of sulfur based de-nitrates. 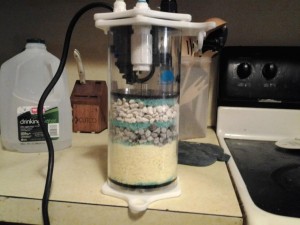 Sulphur based nitrate reactors implement a process called autotrophic sulfur denitrification. For over 10 years this process has been used to remove excess nitrate from fresh drinking water. Bacteria such as Thiobacillus denitrificans and Thiomicrospira denitrificans inhabit the reactor, under anoxic conditions. Here they oxidize reduced sulfur to sulfate, while reducing nitrate to liberate the oxygen for their own use. These bacteria use residual co2 within the water as their carbon source, so they don’t need constant dosing. This process was applied to seawater on a mass scale in 1994, when French chemist Marc Langouet proposed the idea to the curator of Musée des Arts Africains et Océaniens in Paris (MAAO). Langouet had spent three years testing the method on his own home marine aquariums, and after a broad range of testing at MAAO, the method was put into place as an effective way to rid marine water of nitrate.

Sulfur nitrate reactors use small beads of elemental sulfur in a contact chamber. Water is introduced at the bottom of the chamber very slowly, exiting at the top. As the water slowly rises, oxygen is removed, making the water anaerobic farther up in the contact chamber. At this point, bacteria will use nitrate in the absence of oxygen and by the time the water exits the reactor, most of the nitrate has been removed. The downside to this chemical reaction is that hydrogen ions are released, which makes the seawater more acidic. Most sulfur reactors pass water over crushed coral before returning it to the tank, as the acidic water dissolves the crushed coral and replenishes ph and calcium. Since sulfate is another bi-product of the chemical reaction within the reactor, crushed coral also absorbs this and removes it before water re-enters the aquarium.

The plus-side to sulfur based reactors is that they are almost maintenance free. The sulfur beads last a long time, with some systems advertising that they never need replaced. The crushed coral media will dissolve over time and need replaced, but even that can last for extended periods. They are much easier to use and maintain, and don’t carry the risks associated with traditional nitrate reactors, or bio-pellets.

How effective are sulfur based nitrate reactors? 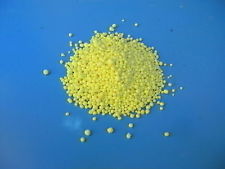 Like any filtration method that uses bacteria, sulfur based nitrate reactors need cycled. In most cases, this takes about a month, until the reactor is loaded with enough bacteria to complete the chemical reaction. Once cycled, these reactors are highly effective and stand as perhaps the most effective method of nitrate removal. I first used a sulfur based nitrate reactor on a reef aquarium, where bio-pellets and other alternatives had failed to reduce nitrate. Nitrate levels in the tank hovered between 16 ppm to 25 ppm, and even after large water changes nitrates quickly shot back up.

After about a month of cycling, I noticed a drop in nitrates down to 11 ppm, then down to 5 ppm and within 45 days they were undetectable. During the cycling period, it’s important to adjust the flow rate through the reactor, usually between three drops of output per second, down to one drop of output per second. I continue to run a sulfur based nitrate reactor on one of my reef tanks, and it’s maintained its chemical reaction with little to no maintenance for years, keeping nitrates at undetectable levels.

If you’re considering a sulfur based nitrate reactor, you’ll notice they carry a higher initial cost than bio-pellet reactors or a few other nitrate removal methods. However, since they don’t require constant media replacement or soluble carbon dosing, overall they break even, cost wise.