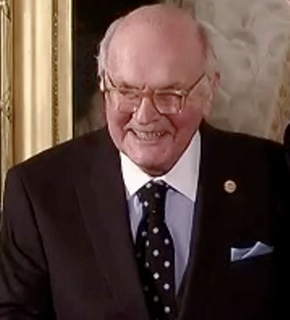 
According to the New York Times article, Harry Coover died at age 94 on Saturday night of congestive heart failure.

Dr. Coover first discovered super glue when he worked for Eastman Kodak while working on a project for making clear plastic gun sights in 1942.  Cyanoacrylates (the chemical structure of super glue) were one of the materials that were initially evaluated and quickly discarded as it was too sticky.  Later while working on other projects, cyanoacrylates were again evaluated.  This time around, however, Dr. Coover realized the unique properties that this adhesive embodied and later patented it.

He also was the first to realize its applications as a tissue adhesive and it was extensively used in war zones (Vietnam in particular) to temporarily bond war wounds until proper surgery could be performed in a M.A.S.H. unit.  Since then it has gained common usage as a surgical adhesive in sutureless applications.

These unique tissue bonding properties and its quick moisture setting make it an ideal adhesive for mounting coral frags to frag mounting items such as live rock rubble or frag plugs.