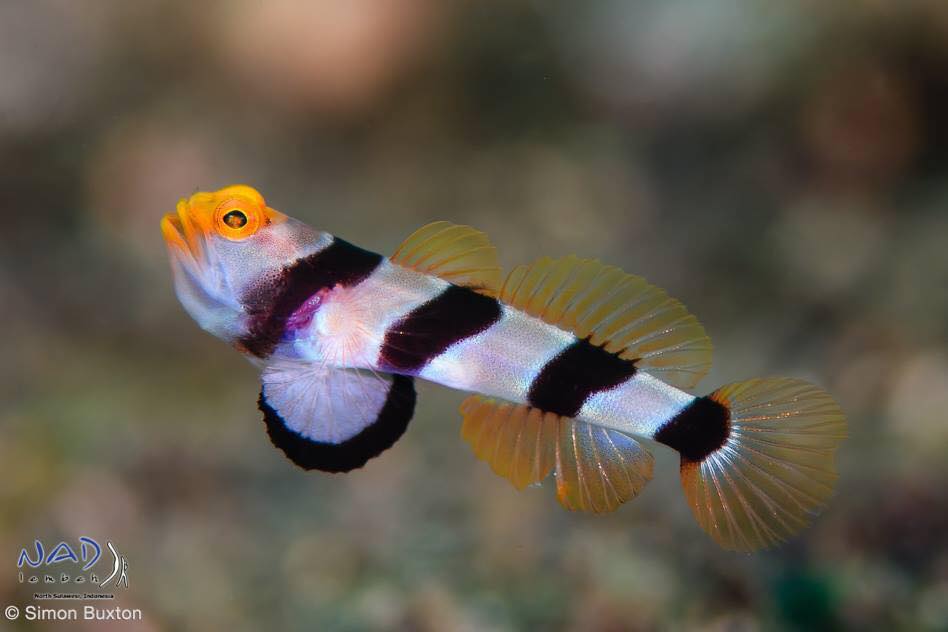 New species of gobies show up all the time, but a new species of Stonogobiops shrimpgoby is not something that we would have expected. The genus is small, with just seven species, and most of its members are well-known to aquarists and divers alike. This is especially true in the Coral Triangle, where the three resident taxa (xanthorhinica, nematodes, yasha) are all regularly exported for the aquarium trade… and, yet, this is right where a brand new Stonogobiops has been uncovered.

The images seen here come courtesy of Simon Buxton, who observed a pair of this new goby at the NAD Dive Resort in Bitung, Sulawesi, better known to divers as the Lembeh Straits. The habitat was described as “fine black sand” and the depth was just 15 meters, and, interestingly, these were seen in close proximity to S. nematodes. As it turns out, this is not the first time that this goby has been observed—Japanese diver Yoko Okata stumbled upon one back in 2014 and correctly surmised that it was something quite different. I even included it in my review of this genus back in 2015, mistakingly identifying it as a possible hybrid.

The distinctive features in this fish should be apparent right away if you’re at all familiar with the genus. The pelvic fins are edged in black, which is a trait otherwise seen only in the Fivebanded Shrimpgoby (P. pentafasciata); however, that species is reported only from Japan and is likely to be a fairly distant relative to our mystery goby. The short dorsal fin is unlike what we see in either S. xanthorhinica or S. nematodes, which are otherwise quite visually similar, and the hyaline yellow of the fins is also unique, though it seems to represent a simplified version of what we see in the finely maculated fins of S. nematodes.

The important question to ask here is why are we finding this goby at Lembeh and nowhere else. The species in this genus are generally widespread, particularly those found in the Coral Triangle, so it’s a bit unexpected to encounter one with such a seemingly limited distribution. Northern Sulawesi does, however, appear to be a region that has encouraged speciation within other groups of reef fishes. Good examples of this are seen with Cirrhilabrus aurantidorsalis and Paracheilinus togeanensis, though, importantly, both of these also have close relatives elsewhere in Indonesia. Pictichromis dinar may be another relevant comparison, but its validity is somewhat contentious and requires further study.

Still, the most likely explanation for the origins of this fish—I’ll go ahead and call it the Blacktip Shrimpgoby—is that it is a true endemic of the reefs around Tomini Bay. If so, this would be a very exciting discovery, giving us important insights into how new species might arise in the heart of the Coral Triangle. Of course, it’s certainly possible that this species will eventually be found further afield, but it seems especially strange that we wouldn’t have already encountered it elsewhere in the region. Underwater photographers and aquarium collectors are naturally drawn to these gobies, making it more likely that its elusive nature is a result of a limited distribution in the wild, rather than it occupying some hitherto unexplored ecological niche. All that’s needed now are some more in situ observations and the collection of specimens for scientific description.