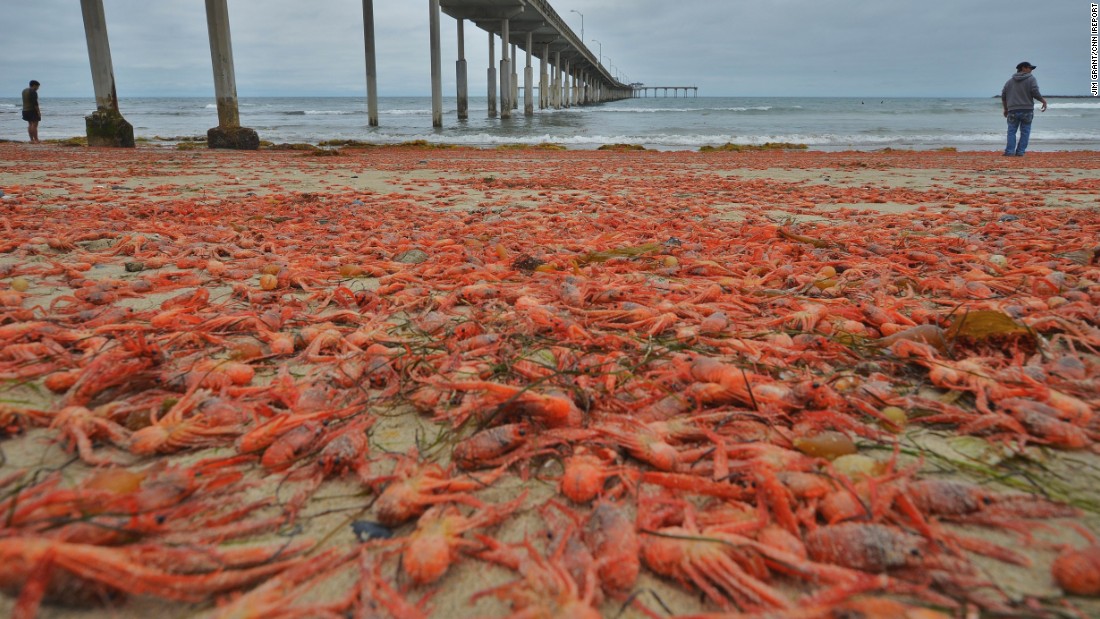 Although this creepy film was captured last April, off the coast of Panama, the footage has just been released. Scientists were investigating the complex phenomena that causes thousands of tuna crabs to swarm in the same direction. The video was captured over 1200 feet deep by an underwater vehicle. These tuna crabs are usually found in Southern California, and have never been found as far south as Panama. Although El Nino has been used an explanation for why these crabs have previously appeared in Northern California, researchers don’t believe El Nino is to blame for why they ended up in Panama.“It was unusual. In the past, we’ve noticed aggregations of breeding crabs hanging around the ocean floor, or migrating onto land if they’re terrestrial,” Jesús Pineda, a researcher at the Woods Hole Oceanographic Institute (WHOI) told Motherboard. “But these particular crabs weren’t responding to food, or migrating, or reproducing. This was something different.” According to scientists, the pattern of the crab swarm is highly unusual for crabs, and more commonly seen in insects. The scientists plan to return to Panama to try and figure out what the swarm of crabs were doing and what role, if any, this may play for the ecosystem at large. MORE