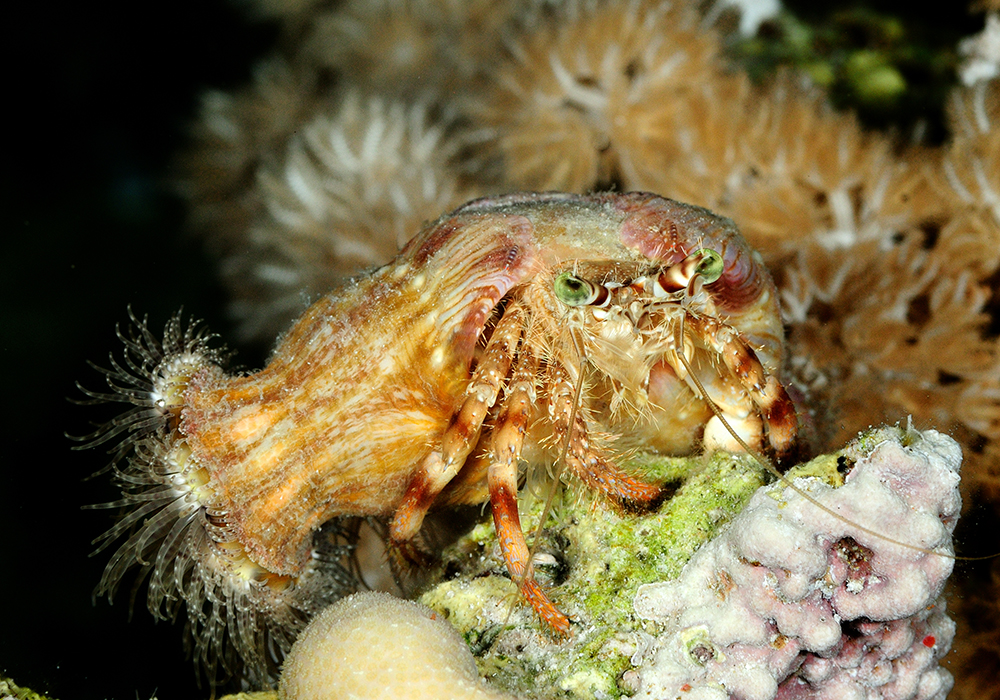 We all love hermit crabs, right?  Full of character, useful (mainly), and available in an assortment of colors, these crustaceans are found in all the world’s oceans.  Most hermits are content to adopt shells in which they will be the sole occupant.  And while some may oust another hermit from their new home, or even kill and eat the shell’s original creator and inhabitant, there are other species that actively encourage their shells to host other creatures.  Meet the Anemone Carrying Hermits. 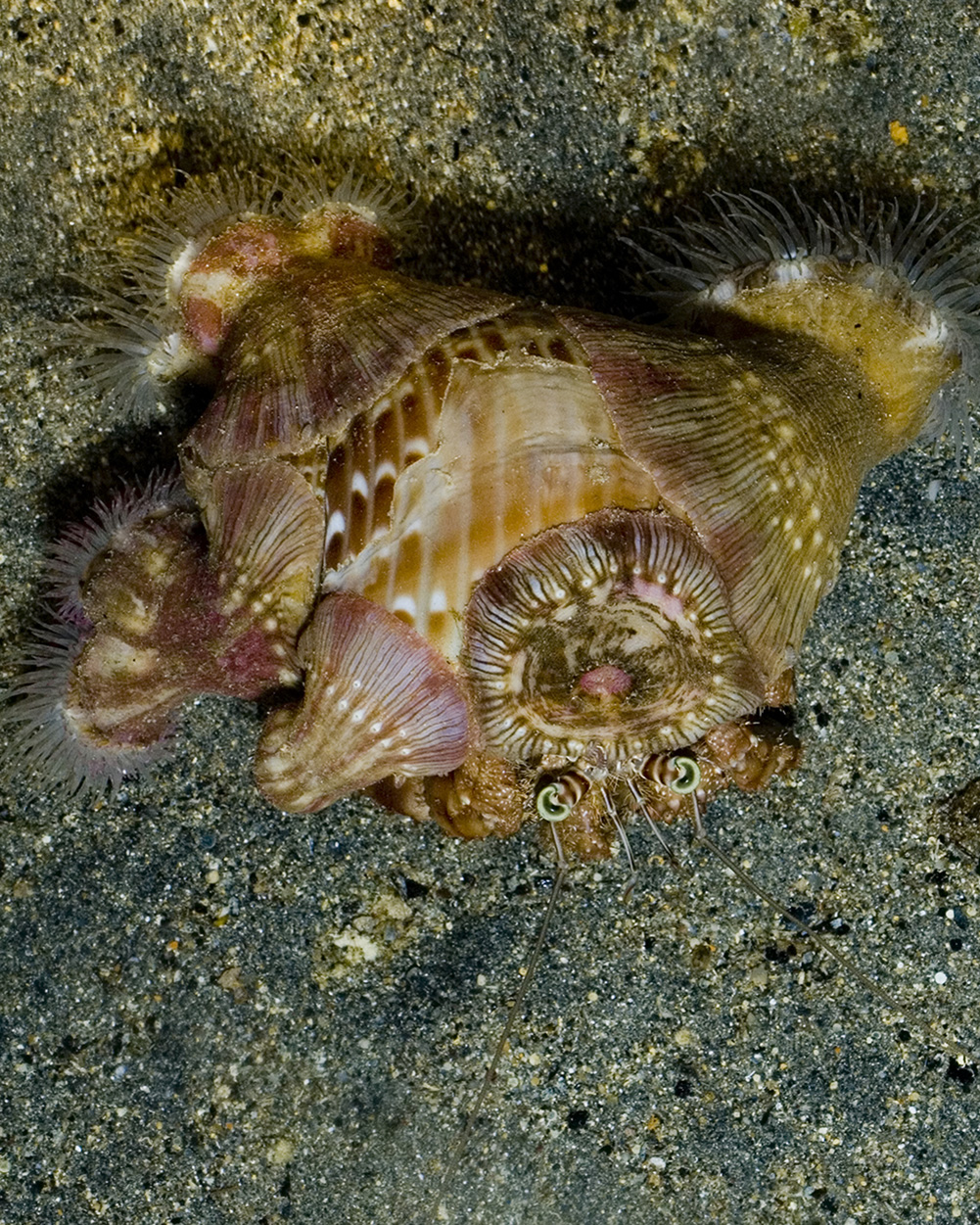 This is a great example of mutualism, a kind of symbiosis in which both species benefit.  The crab gains a fine coating of stinging tentacles and the nems benefit from feeding on particles of food released by the crab’s nocturnal feedings.  It is a scavenger and carnivore.

The relationship doesn’t end there though.  The crabs don’t abandon their anemones when they upgrade to a new shell, but will carefully peel the anemones from their old home and then help them to reattach to their new shell.  The crabs push the nems to relocate by tapping on their stalks and encouraging them to release their grip.

Don’t believe me?  Then check this out: