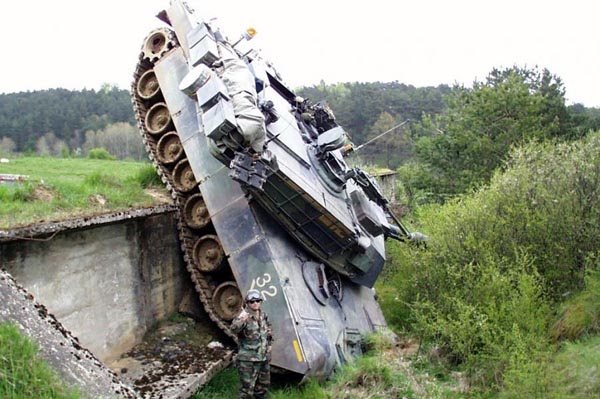 My name is Steven Pro and I am the newest contributor to Reefs.com. A little about myself, I have been working full-time in the aquarium industry for the last 16 years. For 13 of those years, I did sales, installation, and service of display aquariums and live fish holding tanks. I was like a very small version of ATM, which is the company that the TV show Tanked is based upon. That show leads me to my first blog entry.

When I first heard about a reality show coming out regarding the marine aquarium hobby, I was excited. Finally, the ornamental aquatics industry will get a much-needed shot in the arm. This show could draw in and inspire a whole new generation of aquarium keepers to take up this hobby that I love. 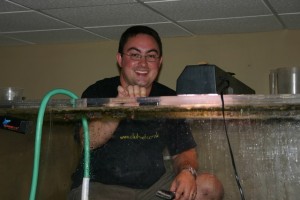 I am cleaning a client's 500-gallon reef tank which is in the process of being moved from where this picture was taken into the owners' new home.

Then, I saw the first few commercials and I was slightly less excited. I was not as concerned about fish being lifted out of the water. By the way, I am not going to be dragged into a debate about whether or not they are doing “the right thing” in their business as I think we are seeing very little of what actually goes on. If anyone wishes to engage in that kind of a debate, there is no shortage of message boards and other blogs to do so with all the energy of the DSB versus BB debates of years past.

My first reaction was concern for it being over-produced when I see them skateboarding in the shop and a wife yelling at her husband about having to get into a shark tank. I got the immediate impression that it would follow the typical reality TV drama of fighting families and the unrealistic situations thrust upon them by TV producers and directors.
I have since watched two episodes and have been trying to understand how I feel about the show. I sat down and reviewed things from the beginning and now I am questioning my base assumption that this show or any marine aquarium reality show would lead to a significant influx of new aquarists.

Did the antics of the Teutel family on American Chopper cause droves of people that have never ridden a motorcycle to suddenly and unexpectedly purchase choppers? Are seafood restaurants overrun with first time crab leg diners immediately after Deadliest Catch? Are new cooking schools opening all across the US to accommodate all the new students who watched Top Chef? Are there tons of hapless chaps wondering the world after the rest of their friends pitched in for one-way airline tickets to exotic locales after viewing a few episodes of An Idiot Abroad?

My guess is not too many of those things occurred in any significant numbers. No matter what they call it, reality TV is not that much like reality and probably has little effect on reality either. I am going to go back to watching Modern Family. That is more like “reality” TV to me. 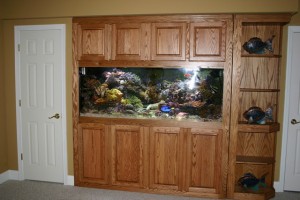