Animal Planet’s popular TV series “Tanked” is officially over. TMZ reported last week that there was a domestic dispute between Wayde and Heather King, the police got involved, and Heather was arrested. Shortly after the story was released and started going viral, more stories came out saying that show got, well, tanked. However, after digging a little deeper, I found that representatives from Animal Planet said the show was officially canceled in December of 2018 due to a continual drop of ratings and not due to domestic violence issues.

The general reaction to this news by hobbyists in social media was relief, with many chiming in to say that it was inevitable and it was too long overdue. Overall perception of the Tanked guys isn’t very good, due to their (miss)handling of live animals, unrealistic stock options, lack of quarantine protocol, and creation tanks that are impossible to maintain or to do maintenance on.  A high percentage of these ATM tanks ends up on ebay or other sell sites for a fraction of what they were purchased for after the system crashes from parasites from non-quarantined fish, from bad filteration systems, or from poor design in general. Sure, it’s amazing to see a gumball machine tank but how easy is it to maintain it? How much algae will it have when it is exposed to open sun on a daily basis? I have personally seen a few of the tanks, one of which had a filteration system so poorly designed that made me scratch my head. Let me elaborate. They assembled everything in the sump and slid the life support system in from the side. Not bad so far right? However, they didn’t calculate the space in between the skimmer and top of the tank and so the skimmer cup couldn’t be removed due to the lack of clearance space. That is very rookie mistake. Yes, they hand these accounts over to local maintenance companies after they do their initial installs but they should be held responsible for their shortcomings.

Despite their issues, I have mixed feelings about this.

Yes, I wish things went a different way. I wish that they showed more care towards the fish, acclimated them properly using the tools that are available, and quarantined the livestock for their customers to show people the importance of quarantine while exposing the possible outcome of not quarantining. The could have showed how tanks are really set up, and taken some time and explained things a bit more so that people didn’t mimic their ways and lose their animals and hard earned money. The list can and does go on.

I feel sad because it had such huge potential to highlight the hobby and educate the public. With our hobby under constant attack, this show could have shown how animals can thrive in captive settings. I have met the Tanked guys several times and have filmed things with them in the past (MACNA Miami and RAP Orlando) and had fun. I really wish that they did well, and had become ambassadors of the hobby to the public. Maybe my expectation was too high. Maybe I should have just looked at it as entertaining to see and enjoy their level of craftsmanship. 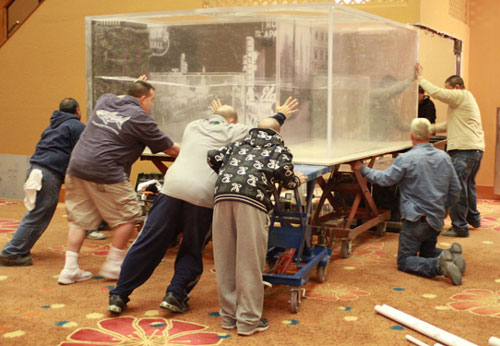 I have mixed feeling because the show (whether you agree or not) really impacted the hobby; it generated so much exposure and brought a huge influx of people to the hobby. That meant more money for every vendor in the hobby, which also equals better products and innovations from the manufacturers to compete for that money. I am grateful to them for that. Sounds a bit far fetched? Fun fact, did you know that Larry DuPont of LRS fish food got his first 90g fish tank after his family watched the show for the first time? What would of happened if they didn’t see it and he never got into the hobby? My fish shudder at the thought of this “what if”. Larry is just one example, there are many people like him that got into the hobby due to the reach the show had to expose us to the world of marine life. That is a great thing for the hobby and I will give credit where it is due. 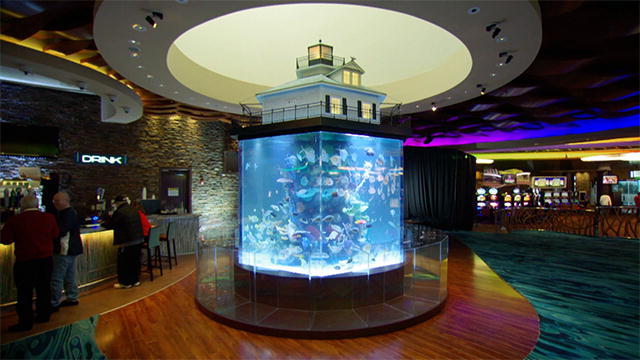 Fifteen seasons on air is a monumental feat, and I applaud them for making it this long. Creating something out of nothing while making it interesting and entertaining to last that long is truly astonishing and they should feel proud of the accomplishment. It brought a lot of good exposure to marine hobby as well. From what I can tell, their next move is to have their own youtube channel. I really, sincerely hope that they take their time and do a better job to include better animal husbandry as well as more manageable systems for the end users in their next venture.