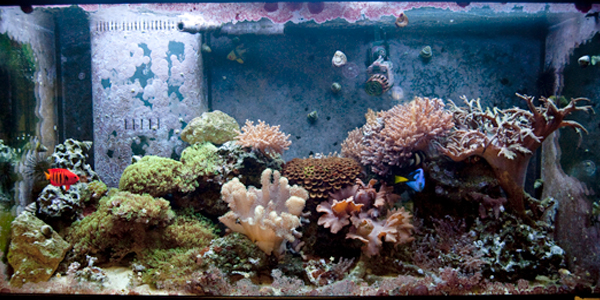 The Reef Conservation Society’s Tanks for Schools program was featured in the July/August 2013 issue of CORAL Magazine. This program was started at Williamsport High School in Pennsylvania under the leadership of Lawrence Flint, a Physics and Chemistry teacher at Williamsport as well as the Vice President of Education for the Reef Conservation Society.

The society’s Tanks in Schools Program is growing rapidly and is now approaching 30 aquariums around the state. One of those tanks is not too far away from Williamsport. The Walnut Street Christian School in Avis, PA has about 160 students K -12 and is home to a 90-gallon reef tank. The two year old tank sits in the school’s lobby and is maintained by local RCS member Tony Beyer, who showed me the tank and shared how it came into existence.

The tank was set up in 2011.  MORE: The Classroom Ocean – A Growing Program