The Commonest Coral in UK Waters 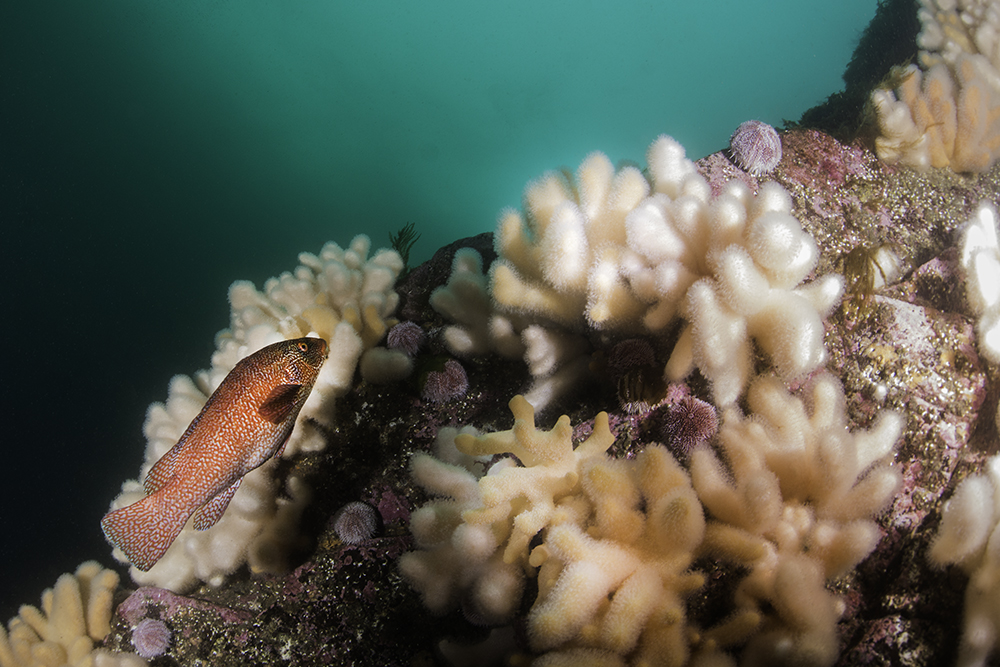 A colorful wrasse swims over soft corals, but this isn’t the South Pacific, this is the dark and cold waters off the UK coastline.

Imagine if you will, being raised in a fishing community centuries past.  You’ve no safety equipment, no weather forecasting and every time you venture out, it could be your last.  Whilst the sea is your livelihood and keeps your family and village from poverty, fishing is a cruel and dangerous business.  Death is never far from your mind.

Every so often you’ll haul up some weird, pale, and blob-like growths, that for all the world look like rotten fingers that have been down in the dark deeps for ages. Today we know this stuff as Alcyonium digitatum, in the olden days, it was Dead Mens Fingers. 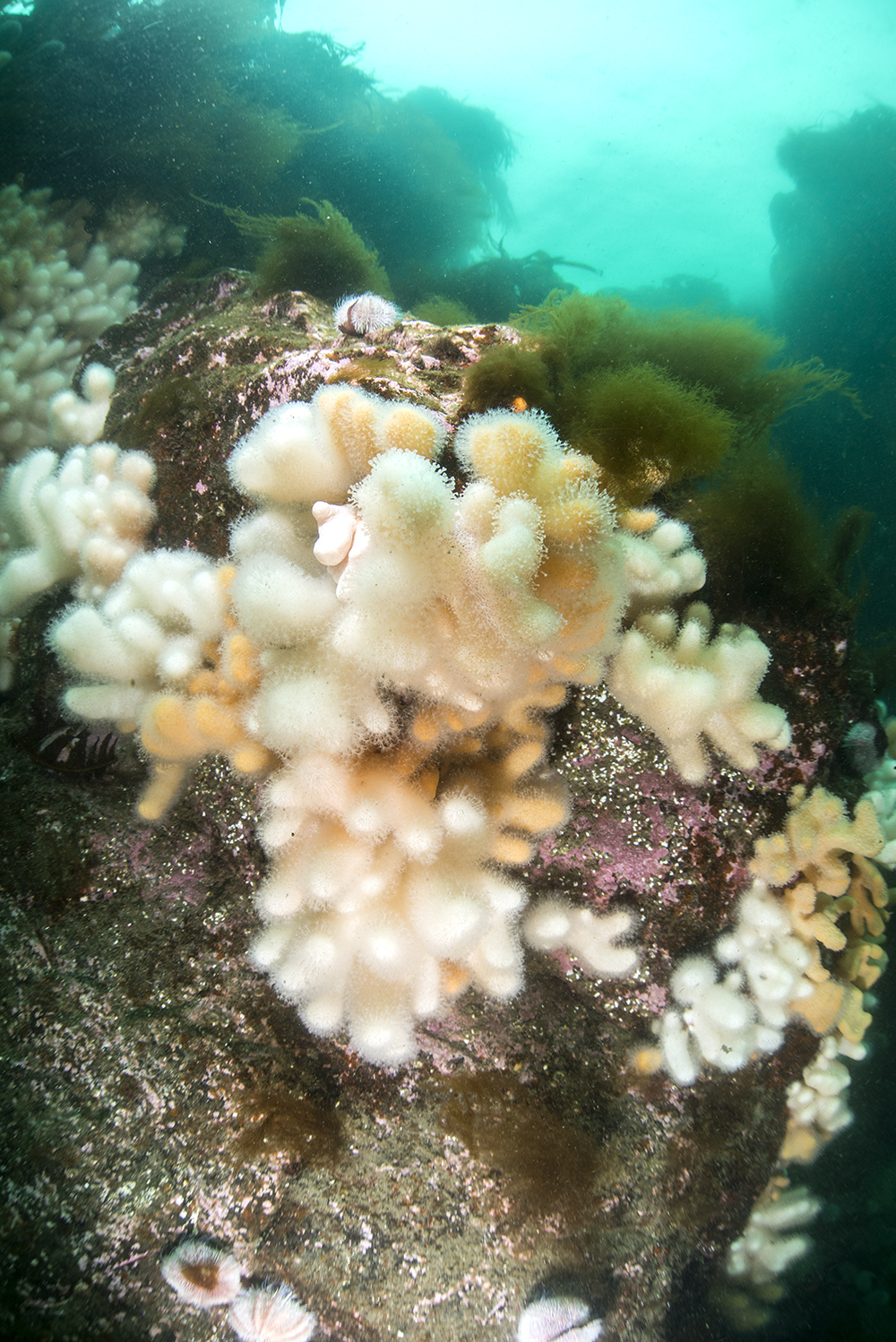 With polyps extended DMF has a fuzzy appearance

A. digitatum is extremely common off the coast of the UK and familiar to any diver.  It grows at depths where light can’t penetrate, which in the UK might be as little as twenty or so meters on the side of a wall, or more commonly, below thirty meters where it can cover large expanses of a wreck or the rock. 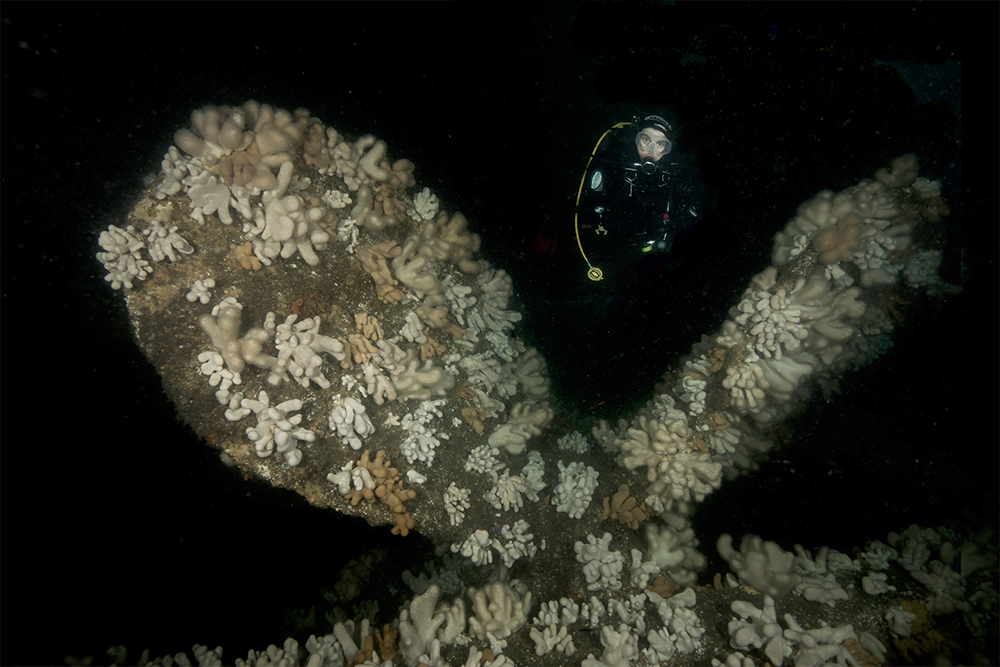 A. digitatum belongs to the family (Alcyoniidae) which contains many soft corals familiar to aquarists (genera Sarcophyton, Lobophyton, Sinularia to name just three). 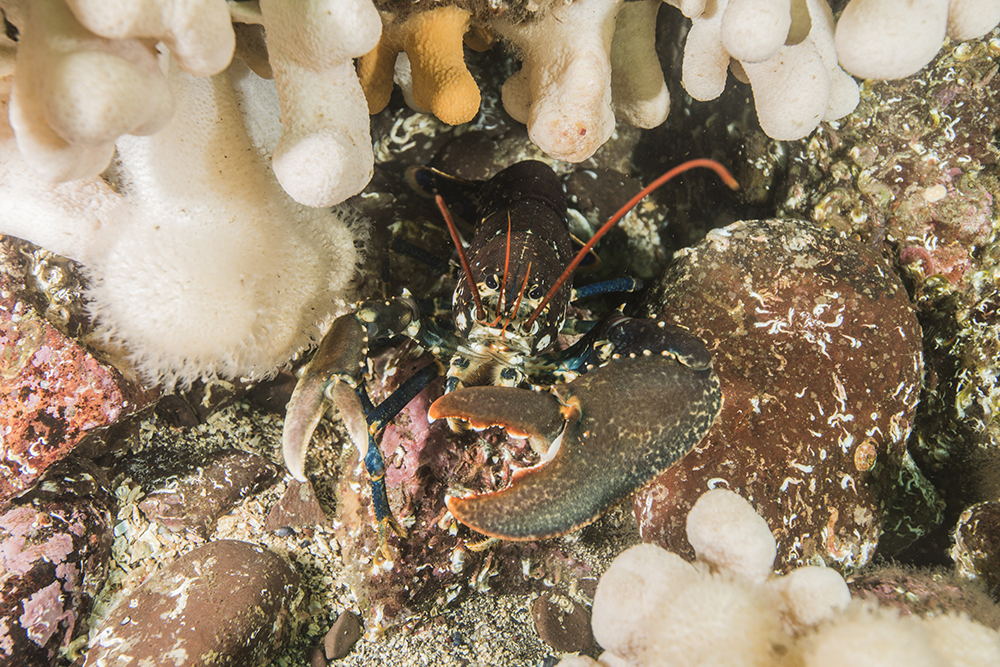 Like many of its relatives A. digitatum spends time with its polyps withdrawn and sometimes sheds its outer layers to deal.  With polyps extended, and up close, it is much more attractive. 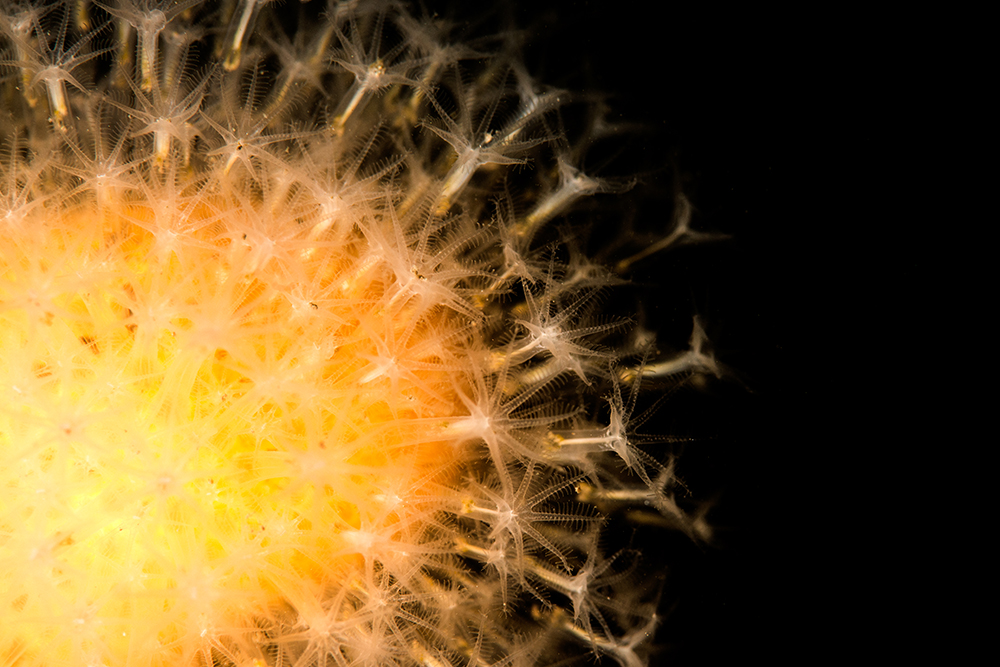 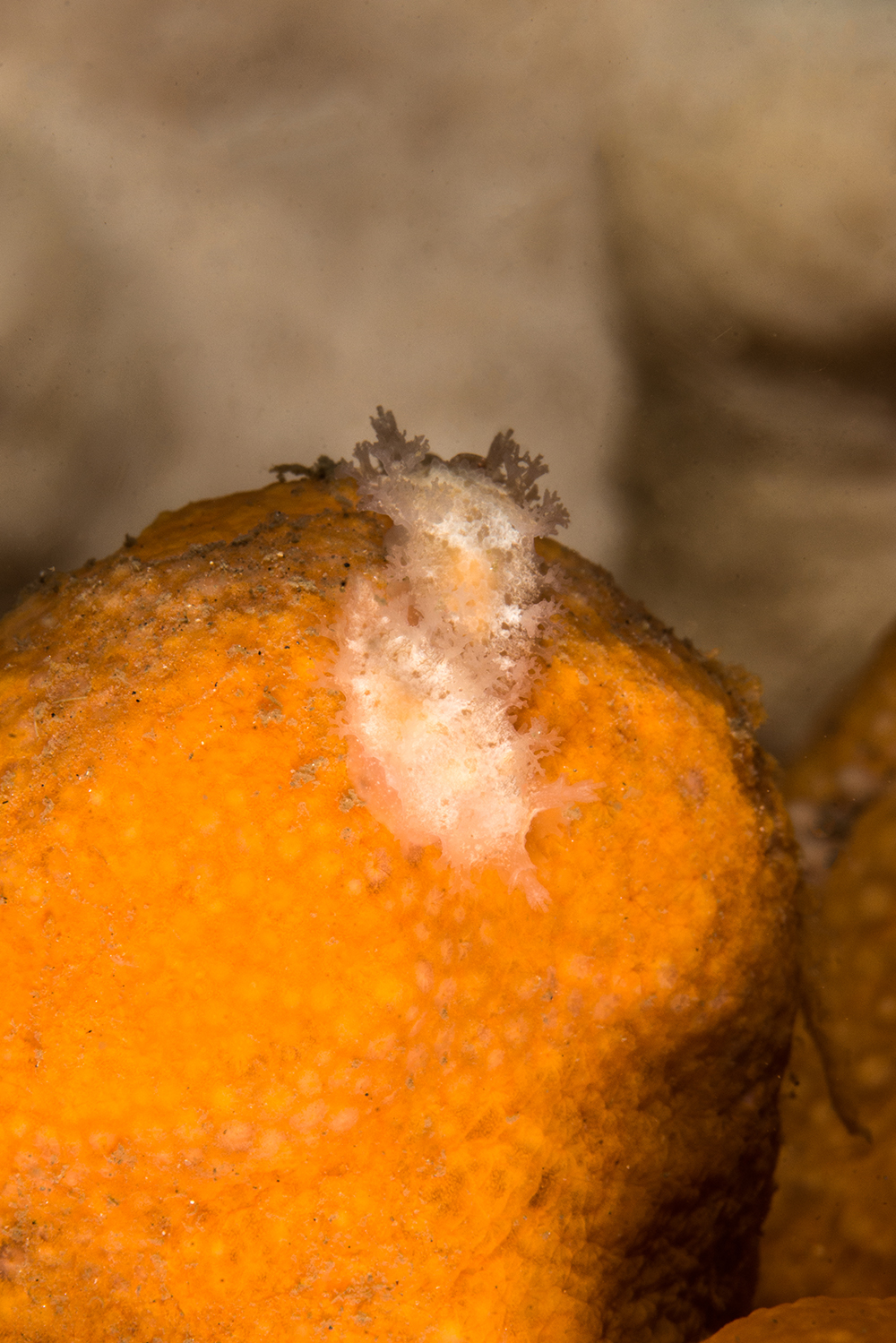 A. digitatum is largely free from predators, being a little toxic like its tropical relatives.  However, one common species, a nudibranch called Tritonia hombergi is believed to feed exclusively on A. digitatum.