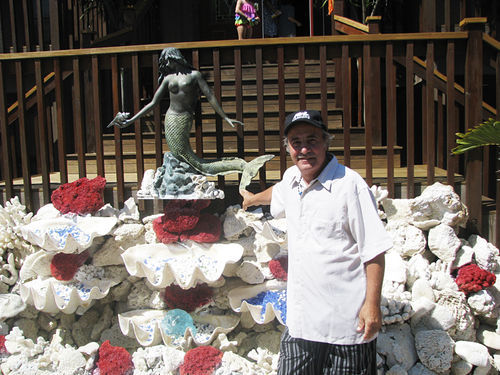 Anyone who has been to Florida knows of the plethora of “Shell Shops” that litter the highways.  Offering a wide variety of shells and coral skeletons, these stores prey on tourists who don’t know anything about what they are buying.  While coral skeletons can indeed be beautiful pieces of art, collecting them from the wild, ALIVE, is absolutely absurd.  First of all, the majority of the corals people want to buy, brain corals, are endangered or at risk for bleaching events.  Second, you can find pristine skeletons right on just about any deserted beach.  Picking up a dead coral on the beach may be illegal in some areas, but it obviously happens and for the most part doesn’t hurt the living reefs.  Buying a skeleton from a store in perfect condition where it has clearly been cut off the reef is absolutely a bad idea and should be frowned upon if you fidn them in people’s homes.  A great expose of the trade in decorative corals is available on the Miami NewTimes website here.  The article tells the story from the perspective of the agents who track down these poachers, and they also give a nice mention and photos of the Coral Restoration Foundation which is near and dear to our hearts.