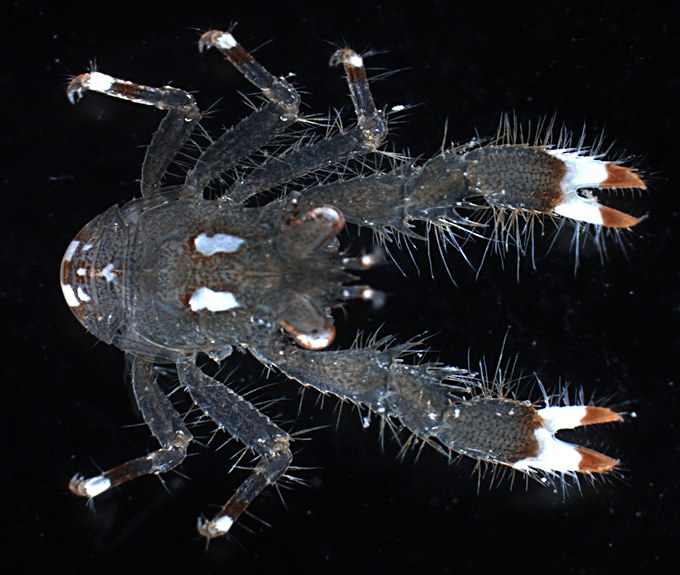 
Experts from the Centre for Advanced Studies of Blanes and the University of Barcelona (UB) collected and studied different crustacean specimens during recent expeditions to Madagascar, New Caledonia, Vanuatu, the Philippines and French Polynesia.

Using morphological and molecular data they have discovered five new species of crustaceans in the waters of these regions. They are genetically different but morphologically very similar and they also found a new genus, named Triodonthea. The five new species documented in the study belong to the Lauriea genus of the Galatheidae family, which is differentiated easily from other species of the group as it has very long setae and their legs end in a double spine.

“The Triodonthea is a new genus that it genetically very different from the Lauriea species despite being very morphologically similar. The morphological differences are small to our eyes but reflect great inequalities on a species level,” as explained  by Enrique Macpherson, researcher at the Centre for Advanced Studies of Blanes and co-author of the study along with Aymee Robainas-Barcia from the UB.

The description of any new genus is based on the fact that a certain species possesses characteristics that nearby species do not. The separation and ordering of species into genera and families consists of grouping species according to common characteristics using Linnaean Taxonomy, a modern-day biological classification system.

“These species (both from Lauriea as well as Sadayoshia) can be found in the Indian and Pacific Oceans but not in the American Pacific. They are generally in shallow water and mostly in areas of coral reef. Some are endemic, as they only live on an archipelago or in a very specific area, whereas others spread from Madagascar to the French Polynese,” points out Macpherson.

This study forms part of previous work that began more than 20 years ago in 1976 with French and US expeditions across the entire Indian and Pacific Oceans. “We have explored the oceans to a depth of up to 5,000 m,” ensures the researcher.

The expeditions collect samples from diving, nets, traps and dredges, etc. Animals are separated on board or in the laboratory and then sent to the experts of each taxonomic group. Macpherson specialises in this group of crustaceans: the squat lobsters.