Here’s an unusual variation of the Flame Angelfish (Centropyge loricula) that’s apparently never been documented before. This familiar species can be highly variable when it comes to the amount of black in its patterning. At one extreme, there are those individuals that completely lack it— such hypomelanistic specimens are especially vibrant and have been referred to in the aquarium trade as the Solar Flare Flame Angelfish. But the individual seen here has the opposite condition—hypermelanism—and so it has fittingly been dubbed the Eclipse Flame Angelfish.

What’s remarkable about this mutation is how it manifests itself only in those areas that are normally striped with black. Rather than a true hypermelanism, which would produce an excess of black pigmentation throughout the fish, it‘s limited in its extent, presumably by the same regulatory pathways that normally produce the stripes. Given how rare this variation is compared to the Solar Flare, the genetics involved here seem likely to be recessive.

A similar example of this condition was collected just last year and shared by Pacific Island Aquatics. In that specimen, the excess melanism is again restricted only to those areas directly adjacent to the stripes, but it is far less complete, present only as a fine stippling of black. So were these aberrations caused by the same mutation? And curious minds want to know, what might happen if the hypomelanistic Solar Flare were to be crossed with the hypermelanistic Eclipse? With the captive breeding of Centropyge becoming increasingly common, it is likely only a matter of time before the guppification of marine fishes expands from clownfishes to the dwarf angelfishes. Clearly, there is a lot of mutability present in C. loricula for aquaculturists to work with. 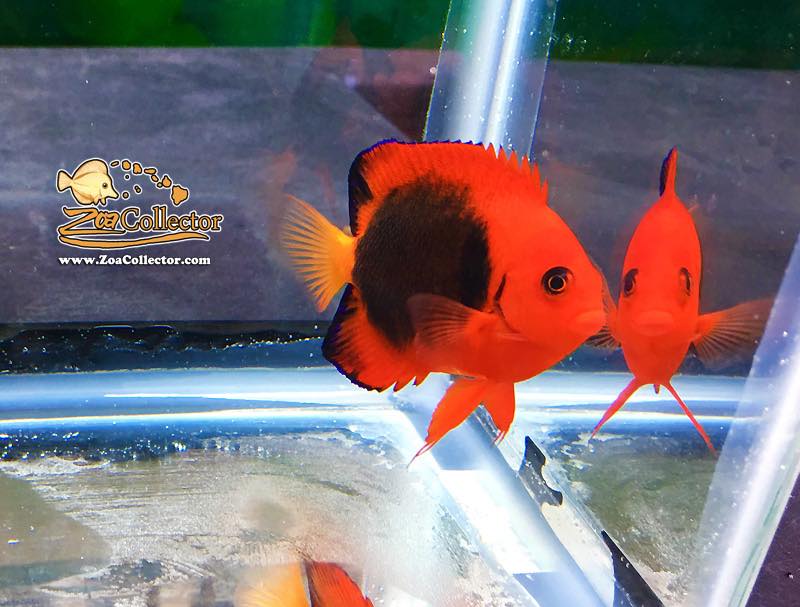