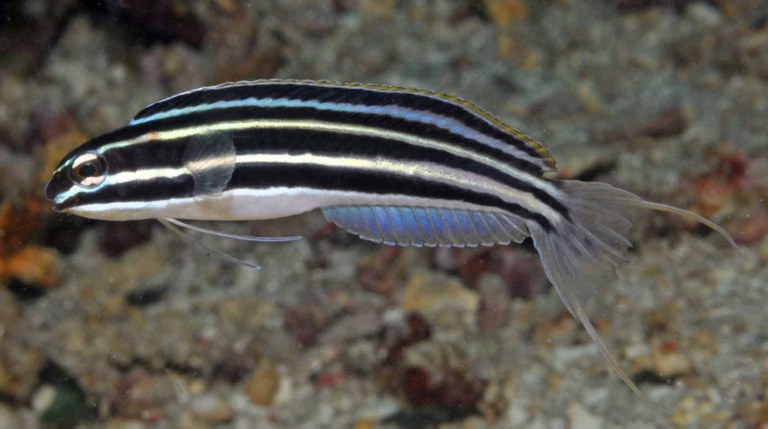 
The venom found in Meiacanthus’ fangs is not potent enough to seriously affect humans.  They’re mainly aimed at temporarily immobilizing small predators to give blennies the time escape. Fangblennies are sometimes labelled as venomous fish in the aquarium trade, but their venom isn’t really anything that should concern you … especially when you learn what they’re made of and what they do.

A new paper published in Current Biology finally reveals the formula for this secret sauce, and it’s really quite sophisticated.  Scientists found three chemicals never before seen in any other fish.  Each chemical serves a distinct purpose to immobolize without causing pain or distress – a surprisingly considerate and humane defensive mechanism.

The three components are:

The triple cocktail effectively mellows and disorients predators, allowing the blenny to dash off to live another day.  It’s really remarkable how fangblennies have evolved this specific combination of three (again, never-seen-in-other-fish) chemicals to create an unique defensive mechanism.

If you are curuious how the researchers extracted the venom from these small fish, they issued a press release describing the painstaking – and almost comical – process (it involves a lot of angry lil’ blennies and cotton swabs).