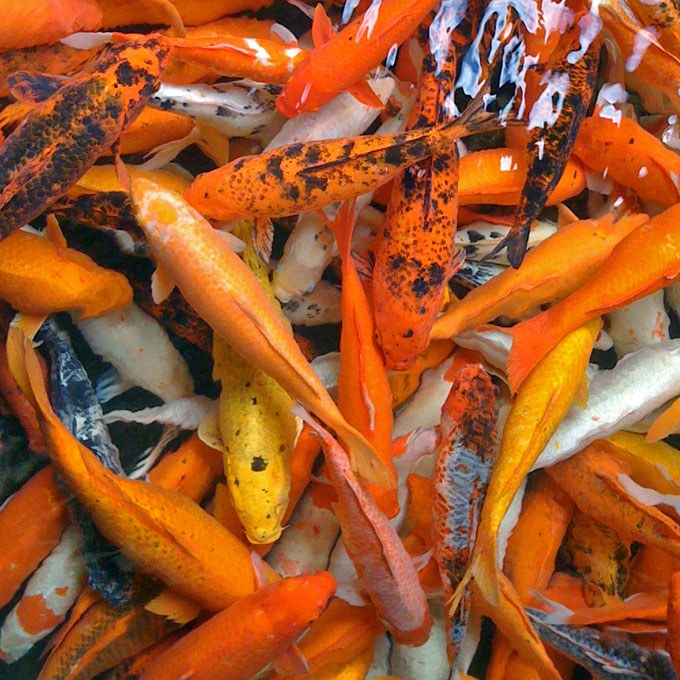 As many koi as you see in this photo, two thiefs somehow stole much much more. Photo by Tara Severns.

In June 2013, two men in their 50s dressed in white shirts and khakis walked into Dulles Corner Park (Herndon, Virginia) with large fish nets and coolers in tow.  On the Saturdays and Sundays of two consecutive weekends, they removed four hundred koi from the park pond, and they did so right in front of Dell and Northrop Grumman employees and park security.

So how did they pull off such a brazen theft?

The two men masqueraded as aquatic-care specialists from a real company named DSC Aquatic Solutions claiming they were assigned to remove sick fish from the pond.  The men spoke knowledgeably about fish and even handed business cards to security officials. DSC really does manage the pond at Dulles Corner Park, but their owner David Cutlip has no idea who these men are and how they had DSC business cards.

In all, the stolen koi is conservatively estimated at $20,000.  Fairfax police is now investigating the grand theft.  It goes without saying they have never seen anything like this fish crime.