The (Greek) god of (pencil) wrasses 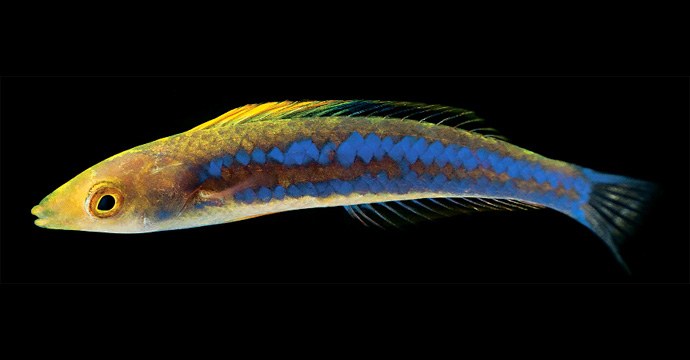 
Pseudojuloides zeus is described from specimens collected at Majuro (Marshall Islands) and Palau.  The gorgeous pencil wrasse is a deep-water “twilight zone” species; Several specimens have been collected at Majuro at a depth of 80-90 meters (260-300 feet) in recent years for the aquarium trade.  As divers explore more of the “twilight zone,” P.zeus’ distribution is likely to expand across Micronesia.

P.zeus is the second new pencil wrasse described in 2015, the other being P.polackorum.  P.zeus is an unique looking species; it most resembles P. mesostigma, its closest genetic relative, but their appearances starkly dissimilar and easily differentiated.  P.zeus is described by Benjamin Victor and Jason Edward (of Greenwich Aquaria) in the latest issue of The Journal of the Ocean Science Foundation.