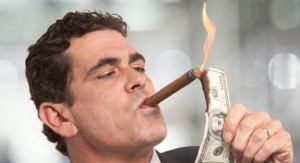 When I saw the price tag on the new Kessil AP700 ($ 895.00 per fixture) my first thought was, “What’s Kessil thinking.” The Kessil A360 and A360W lights have grown popular among reef keepers, and the dense matrix LED technology has been praised, as it offers shadow and ripple effects on par with metal halide lighting. Although control has been an issue for Kessil. When the A360 debuted, the best option for control was to purchase an accessory module for a Neptune System’s Apex (another expense for reef keepers who could get similar functionality for cheaper from other brands). Later Kessil released it’s own driver (which of course cost money), which paled in comparison to those seen on other lighting systems. 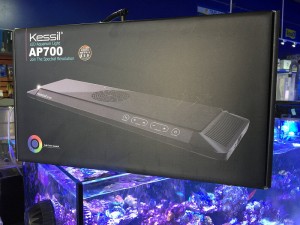 When I first saw the AP700’s price tag, I assumed that Kessil must have released some stunning new technology, something that outpaces everything else in reef aquarium lighting. Naturally if that was the case, I needed to get my hands on these lights. After some research, including a call into a reef tank tech guru, I am disappointed to say that isn’t the case.

Comparison to other lights:

Just so we can get our heads around the AP700’s cost, I want to compare it to several other light fixtures, along with the number of pucks each fixture has. 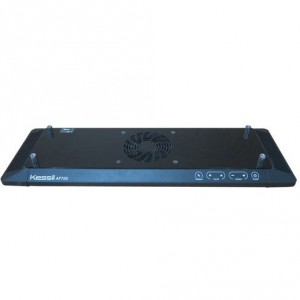 This is a good breakdown of several leading LED fixtures. It’s long been noted that the Eco Tech radion has led the pack pricewise, but the fixture has also been praised for highly reliable software with lots of unique functions. While the number of lighting pucks a fixture has certainly isn’t the bottom line definition of what is a better light, it’s a good place to start for comparison purposes. The fact that the Kessil AP700 is selling for well beyond the price of Ecotech’s radion XR30w Pro ($ 749) is enough to raise an eyebrow. Is this light so advanced that it’s worth over $ 100 more than what is considered the “gold-standard” in high-tech aquarium lighting. 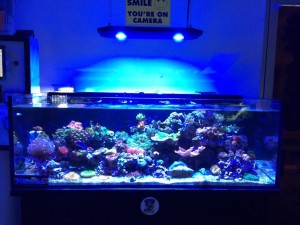 So what is the AP700, what high tech system is packed into that sleek little package that warrants a price far higher than well-respected competitors? Not much. In conversation with a reef tank tech guru, I learned that the AP700 is essentially two Kessil A360W lights packed into one fixture. Considering that an A360W can be had for $ 400, you are paying an additional $ 95 for something, right? According to my research the AP700 packs a bit more punch than the standard A360W, so I would imagine one fixture would be enough to illuminate a 48” x 24” reef, right? Kessil’s advertising that the light is capable of such a feat certainly leads one to believe that.

My initial thought was that if one Kessil AP700 could replace my three Eco Tech Radions, than it might be worth a closer look. Again, that’s not the case. The Kessil AP700 will light a 48” x 24” reef, but coral health will remain in-tact only if the species kept are soft and low light LPS corals. $ 895.00 is quite an amount to shell out for a light to keep LPS and soft species, which can thrive under T5 lighting that is a fraction of the AP700’s cost. If you’re keeping light demanding LPS or SPS species, you’re still going to need two or three Kessil AP700 fixtures to keep them healthy. That is $ 2,685 or more in lighting fixtures, $ 438 more than installing three of Eco Tech’s radion Pro lights.

So why so expensive? 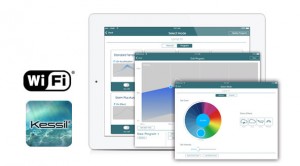 So what is driving the cost of the Kessil AP700 up so much? According to what I learned, it’s their new control software, which mimics that of Ecosmart Live. That’s correct, Kessil is priding themselves that their new control system is very similar to the one Eco Tech has been using on the radion lights for years. Expecting people to pay quite a bit more, for a mimic of something they could have for less, is a bit absurd in my view. Kessil does claim that one AP700 fixture is essentially like having two independent lights, though I can’t imagine how even that is a value since an aquarist could purchase two A360W for cheaper if they are dying for the Kessil shimmer. You would think that if Kessil had a powerful new software platform, they would release a driver for the AP360 and AP360W that offers those features for existing users.

I don’t want to sound like I dislike Kessil, as I am quite fond of their AP360W lights, and kept a few over my reef at one point, with good results. My concern is that Kessil has created a strong fan-base within the reef community and is using this fact to release a new product at a more than profitable price point, hoping that people will rush out and buy the fixture simply because it’s a Kessil product.

Some may consider doing this, although $ 895 per fixture is quite a chunk, especially when one learns that multiple fixtures are still required for light demanding corals. If Kessil was unveiling some new lighting technology, totally unlike anything the competition has, than I would say the high cost is justified. Or if one fixture was powerful enough to meet the demands of a variety of serious reef aquariums. Well over $ 100 more than well respected competition is hard to swallow, especially when what is being released is simply a more powerful version of a previous product, with a software package that mimics one that has been on the market for years.

It simply begs the question, “What is Kessil thinking?” Or perhaps, do they only see dollar signs. In the words of a tech I talked too, “We were all a bit shocked by the price.”