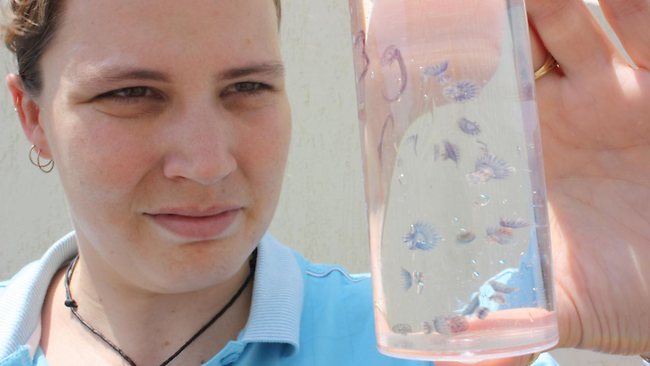 Here is a great article from an Australian news source on how a jellyfish in an aquarium reproduced without any assistance from a mate.  We’ve heard stories about this phenomenon for a while, usually it has to do with how sharks are apparently able to store sperm packets for later insemination, but many marine animals actually have the ability to reproduce with NO genetic input from another animal.  For example, lizards, crayfish, and again, sharks have been practicing sexless reproduction when they are unable or unwilling to find a suitable mate.  This was identified in 2007 when the genetics of a shark were found to be identical to the mother who gave birth in a male-less society.  In addition, at MACNA, Julian Sprung made reference to an even stranger phenomenon where females essentially cloned themselves (via self fertilization) but somehow produced a male!  Julian left it to the audience to speculate on how that was possible, and most of us were left scratching our heads.  So be sure to check out the article on the jellyfish and drop your snarky sex-laden comments below.