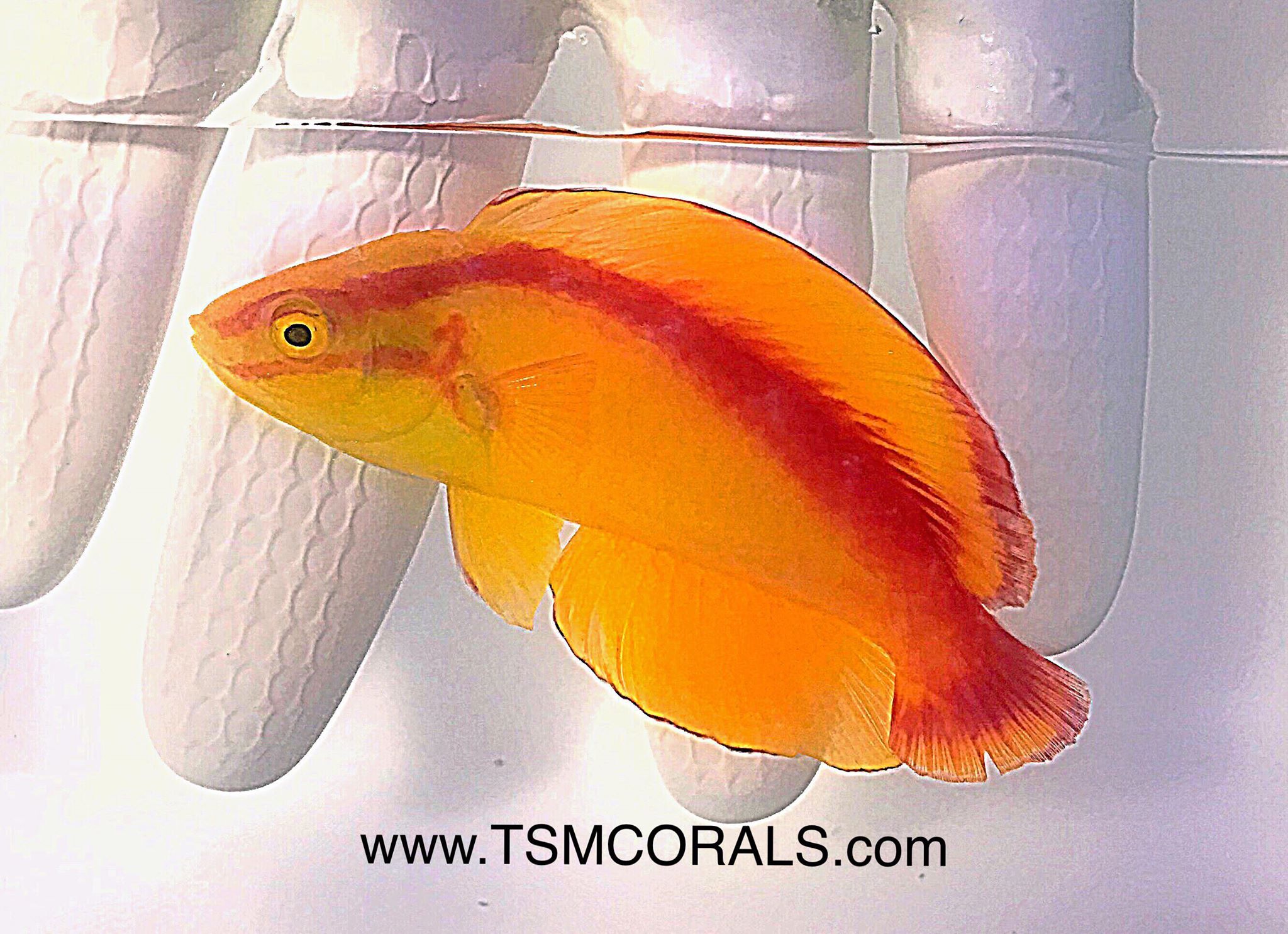 For as colorful and diverse as the Cirrhilabrus fairy wrasses are, we don’t tend to see all that much in the way of intraspecific variation. Sure, larger specimens of a given species might appear a bit more vibrant or have more elaborate finnage, but virtually absent from this group are the sort of wild aberrations we encounter with surprising frequency among the surgeonfishes, angelfishes, anemonefishes, etc. However, none of that applies to the extra-fancy Cirrhilabrus jordani seen here, which has been dubbed the Inferno Wrasse by TSM Corals.

The difference here might not be readily apparent at first glance, as we’re still dealing with a primarily yellow and red fish here. But your typical Flame Wrasse possesses a solidly red dorsal fin—it’s the flame-y part, if you will—while this Inferno Wrasse variation has its dorsal fin mostly yellow, with just a bit of red happening towards the rear tip, belying its true nature.

Similar examples have been documented before in the aquarium trade, sometimes under the alternate name Mohawk Flame Wrasse, but these have generally been of lesser quality, lacking the extensive yellowing of this individual. The example seen below even has this xanthism present across a large portion of the caudal fin.

One interesting question to ask when it comes to this phenomenon is how exactly it is being physically manifested. By that, I mean is the yellow pigmentation overlaid atop a base of red, or is it the opposite, with yellow as the base coloration, from which areas of red pigmentation have been subtracted. If aquaculture ever advances to the point where fairy wrasses become readily produced, understanding mutations like this one might eventually lead to a range of novel phenotypes.