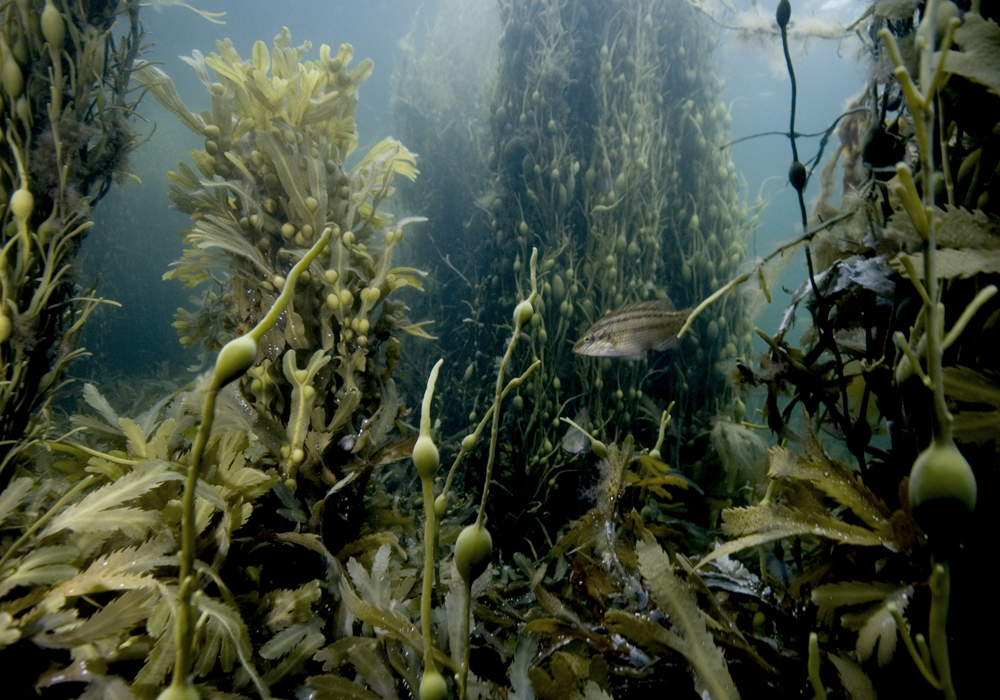 Every year tens of thousands of visitors travel to Scotland to marvel at the beauties of its landscape and to soak themselves in its long and fascinating history.  A few nips of whisky are also taken.  Few folk ever get to see what life is like under the calm surfaces of Scotland’s cold and dark sea lochs.  Here are a few pictures. 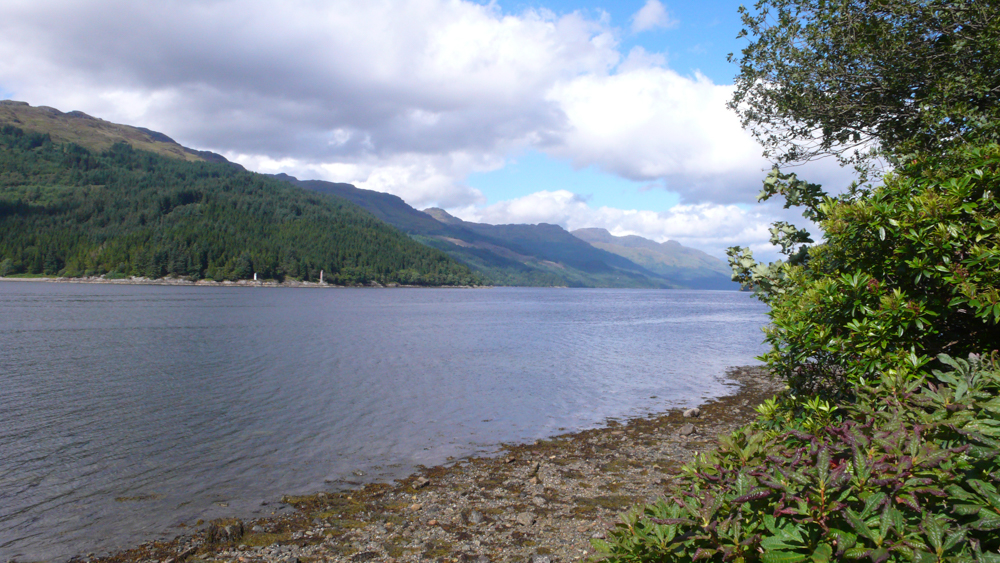 Loch Fyne, of the Firth of Clyde.

Scotland has a huge number of lochs, over 30,000 if you include the freshwater ones, possibly more than a small country needs, but I’m not in charge of such matters.

I’m more interested in the sea lochs of the western coast.  They provide almost year-round diving and a series of ecosystems that are quite wonderful.  They do tend to be cold though, and while the surface waters may be above ten degrees centigrade (50 F) the lower reaches are often stubbornly chilly.

The first thing you notice when diving a sea loch is the amazing profusion of sea weed.  If you dive at high tide you get to swim amongst tall stands of types of Wrack (see main image).  Finning a little further out and deeper, beyond the low tide mark, reveals animals such as crab and starfish species that move between the shallows and the depths.  You also notice that it’s getting dark!  Here you can find beds of filter feeders such as the edible mussel, and sandy areas might reveal an occasional scallop or two. 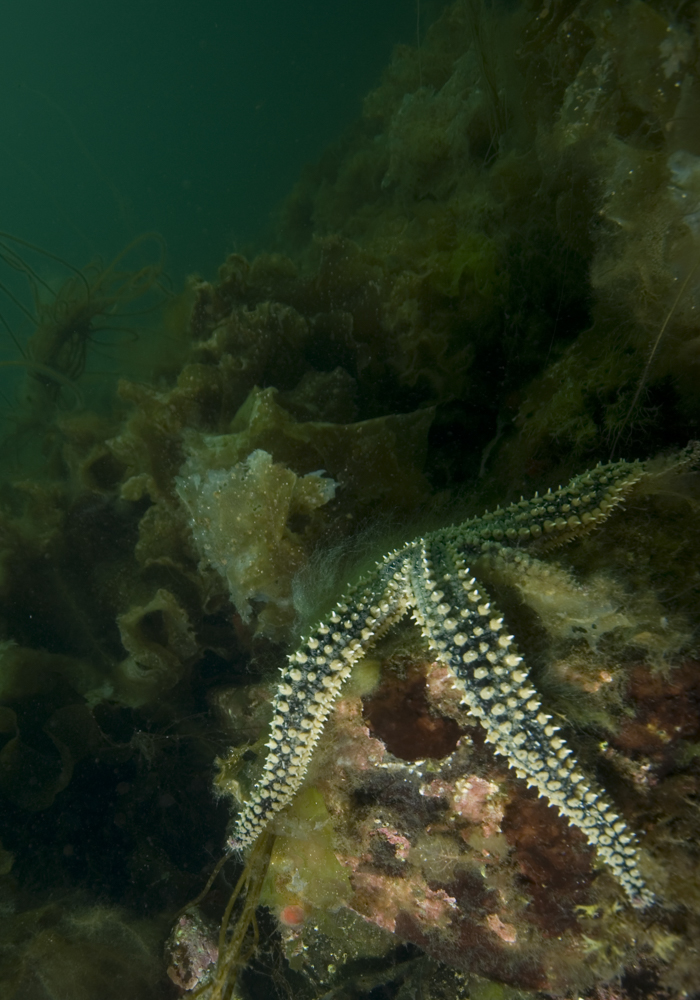 Scotland is known for its rainfall, and all that rain washes through peaty soil, meaning lochs are typically dark places with a fair bit of particulate matter floating in the water column.  At ten meters or so, you really need a torch.

Very often, the same topography above the surface that creates the steep-sided valleys continues underwater and you find yourself swimming along ridges and down steep-sided slopes.  At a certain point marine algae disappears and you are left in an azooxanthellate world.  Whilst there aren’t any reef building corals, there are huge numbers of tubeworms, barnacles, and molluscs which lay down calcareous material, so I would still describe these as reefs. 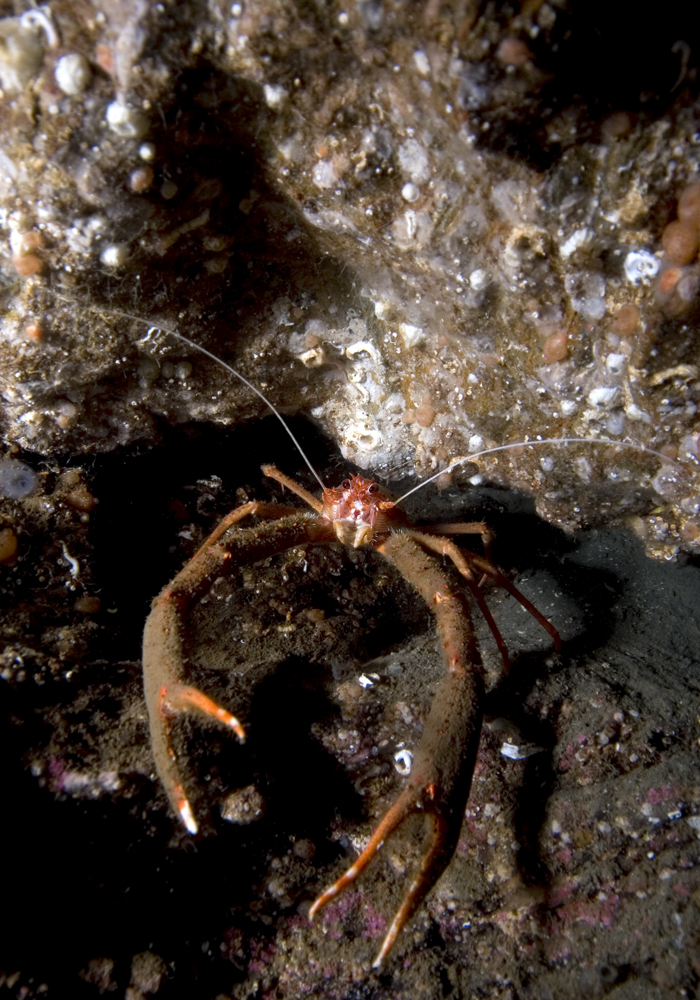 In the picture above of a Squat Lobster, you can see sponges, barnacles, and tubeworms on the underside (and thus free of sediment) of a crack in the rock.  Squat lobsters are very plentiful and defend their territories, making them easy to shoot. 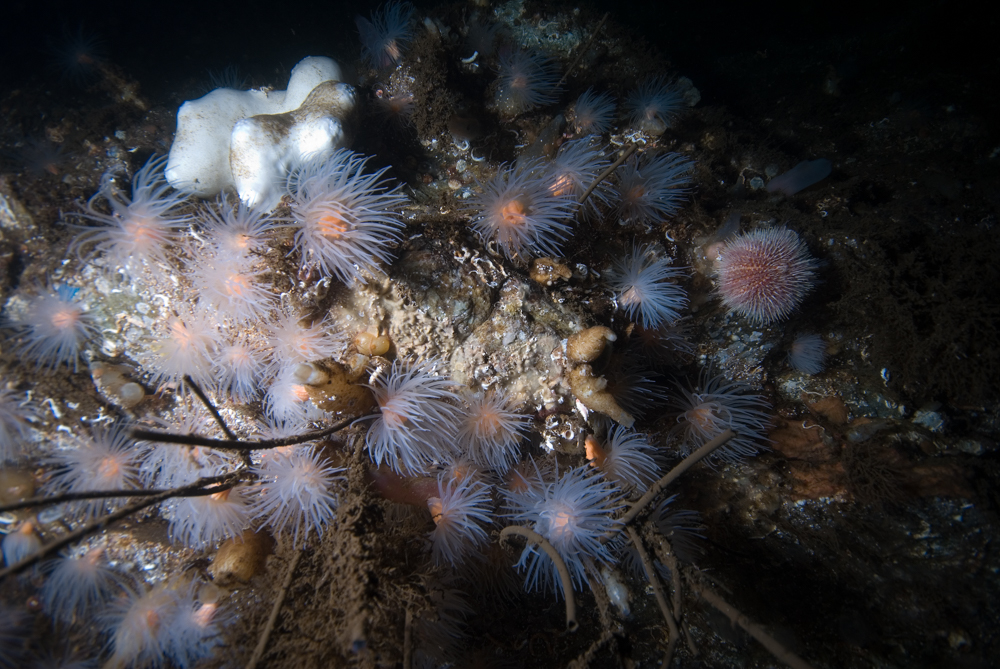 It is images like the one above that I enjoy most.  There’s a wealth of animals here, from the small colony of Alcyonium digitatum (Dead mens fingers), that looks like a blob of white gloop, to the urchin on the right.

Most noticeable are the spectacular and eerily beautiful anemones, appropriately called Sea Loch Anemones (Protanthea simplex).  As the name suggests, these are mainly found in Scottish sea lochs.  Amongst them you’ll notice sea squirts on the rocks, and reaching towards the camera, the tubes of Peacock worms (Sabella pavonina).  Their tubes are made from any particles they gather in their tentacles that they sort into the ‘I can’t eat that’ category.