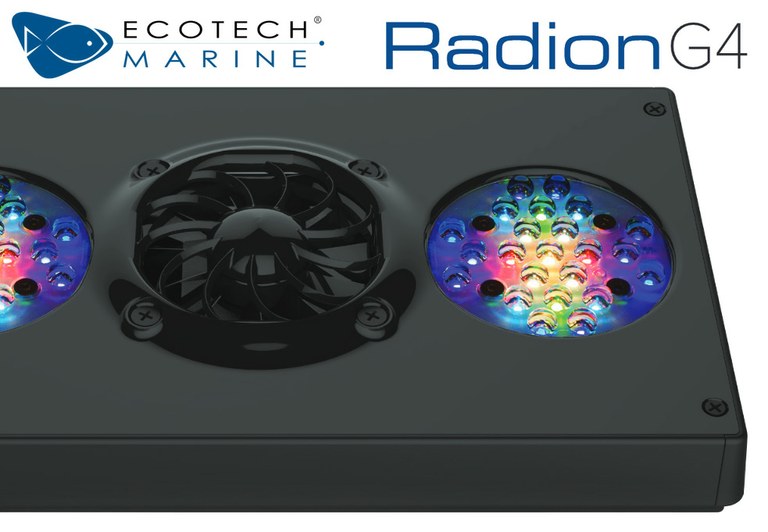 Ecotech is concurrently launching updates across its entire marine Radion line (the single puck XR15w Pro and the twin puck XR30w and XR30w Pro).  All three models will feature the new HEI optics, which EcoTech claims improves the light distribution and color-mixing compared to the current TIR lenses.

On top of the new HEI Optics shared across the new Radion G4s, all new models will also feature a completely redesigned heatsink with new geometry and micro-fins, which EcoTech claims will dramatically reduce operational noise.

The non-Pro XR30w G4 will no longer feature Indigo UVs; thus, its total number of LEDs is reduced from 38 to 34, but the power remains the same (150W) presumably with each LED driven a bit harder.

The two Pro models (XR15w Pro and XR30w Pro) receive the most significant upgrades to their hardware and software:

The radion G4 models will retain the same user interface, connectivity, and form factor as previous EcoTech Radions, which means they are compatible with EcoTech’s existing accessory products such as the EcoSmart Live and ReefLink, mounting systems, and older EcoTech models.

Unfortunately, due to the number of improvements to its LED puck, driver, and cooling system, there are no upgrade paths for previous radion models.  Previous pucks can not be retrofitted with the new HEI Optics.

The G4 is available starting this week (August 15, 2016) through authorized EcoTech Marine dealers.