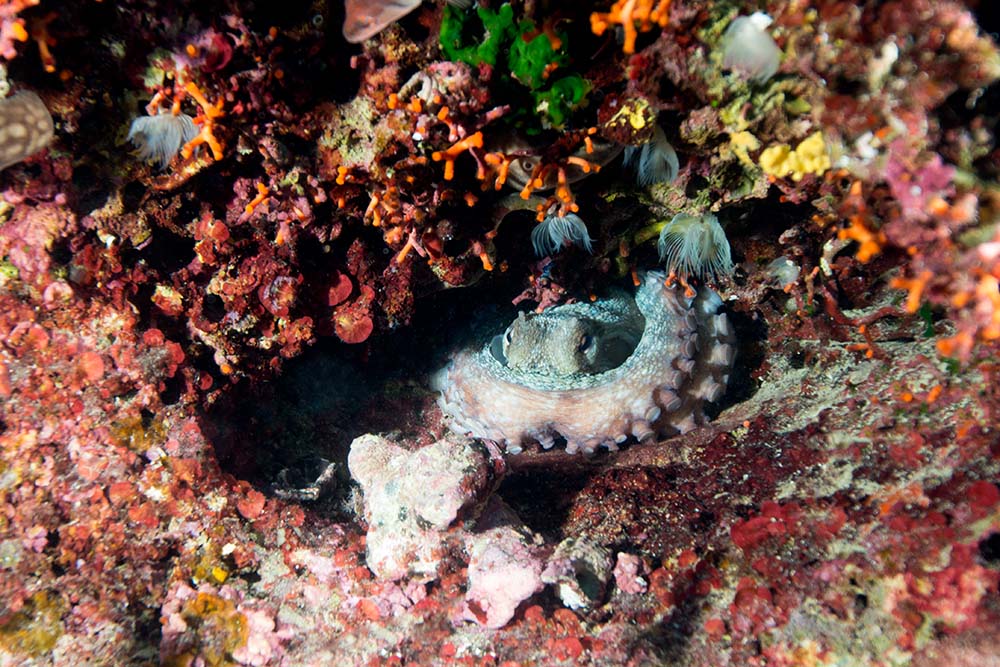 When Ringo Starr penned the Beatles’ 1969 song, reporters said he was inspired by a story, told to him by a fisherman, about octopus gathering shells and rocks to create ‘gardens’. I’ve never been particularly fond of the Beatles, but I do rather like octopus. Here are a few of these remarkable mollusks, showing that they do indeed have gardens. 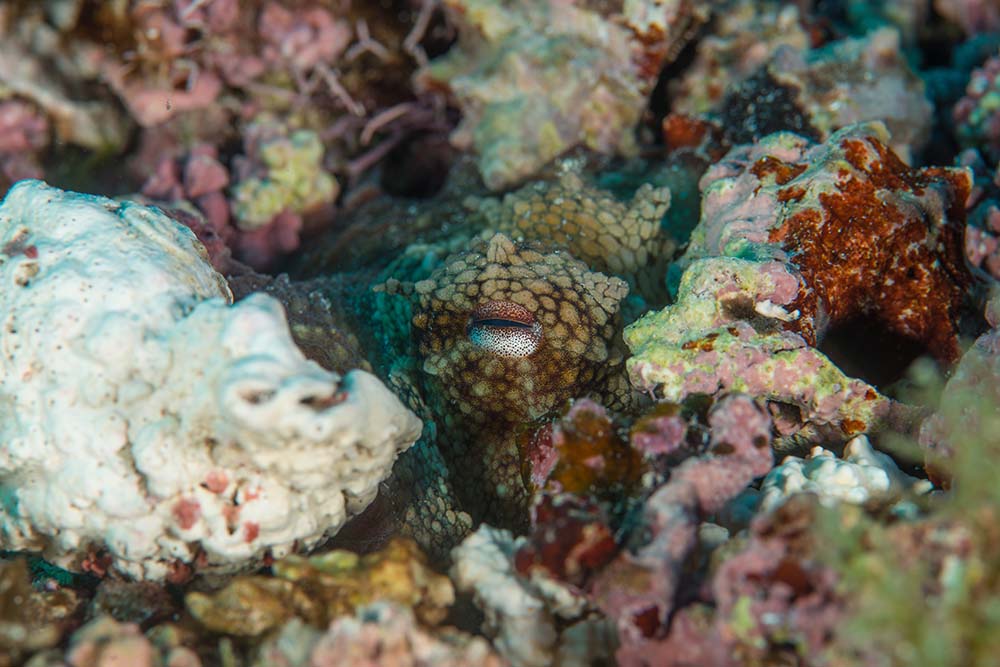 When I come across an octopus on the reef, I’m always struck by their ability to change color and texture as they try to avoid me and my large camera.  If I do manage to get close I often get the feeling that the animal is looking back at me with an intelligence I rarely see in my subjects.  This might be anthropomorphism, but it might be a true insight.

But back to the point.  Both of the octopuses in the pictures above were shot in the Mediterranean.  The animal in the top image lived in an overhang, so it had trouble collecting rockwork around it – most shells and rocks simply rolled away.  The animal directly above has gathered a collection of coralline algae-covered rocks and shell fragments around its home. 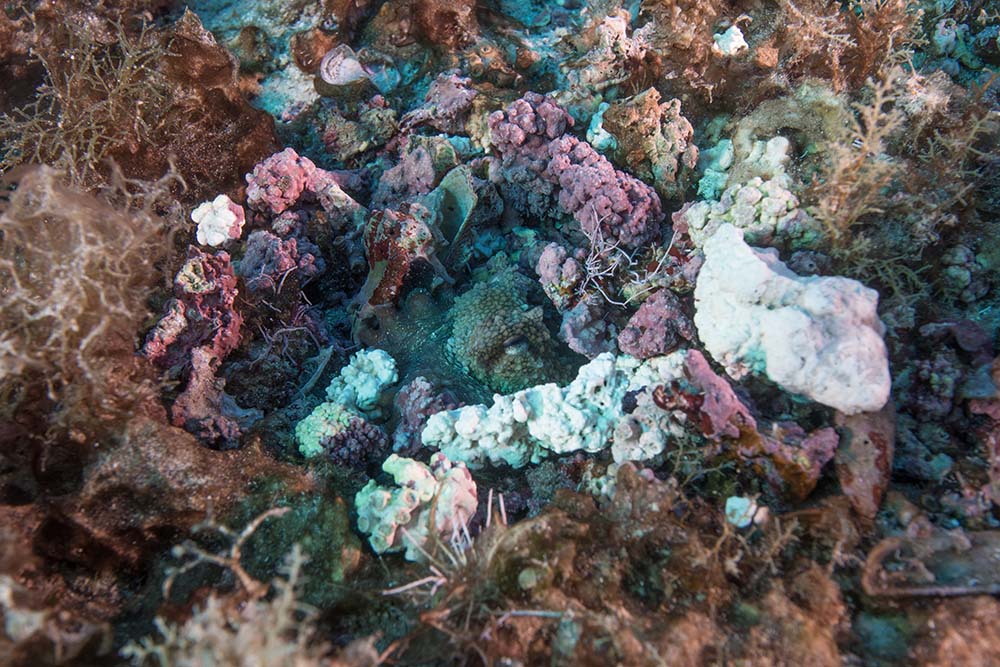 Here’s another octopus.  This one has gathered a large assortment of reef fragments, which (ironically) has made its location far more obvious to observers like me.  As you approach octopus lairs, they will often grab several of the rocks or shells and gather them around themselves for greater protection and camouflage. 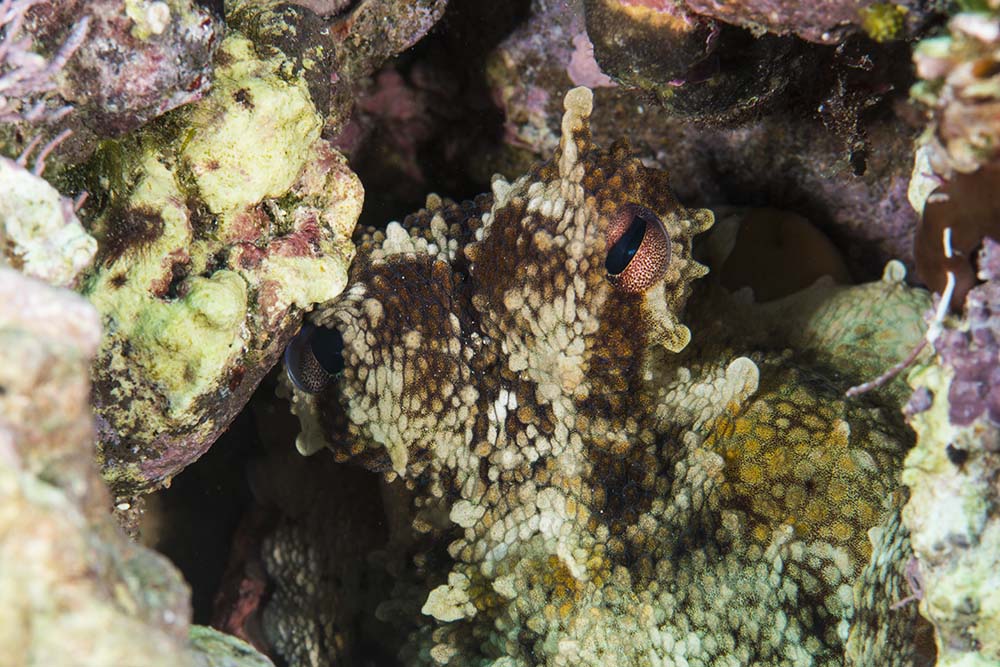 This octopus from the Aegean has a slightly deeper hole to live in.  You can see how people attribute them with interesting, creative personalities. 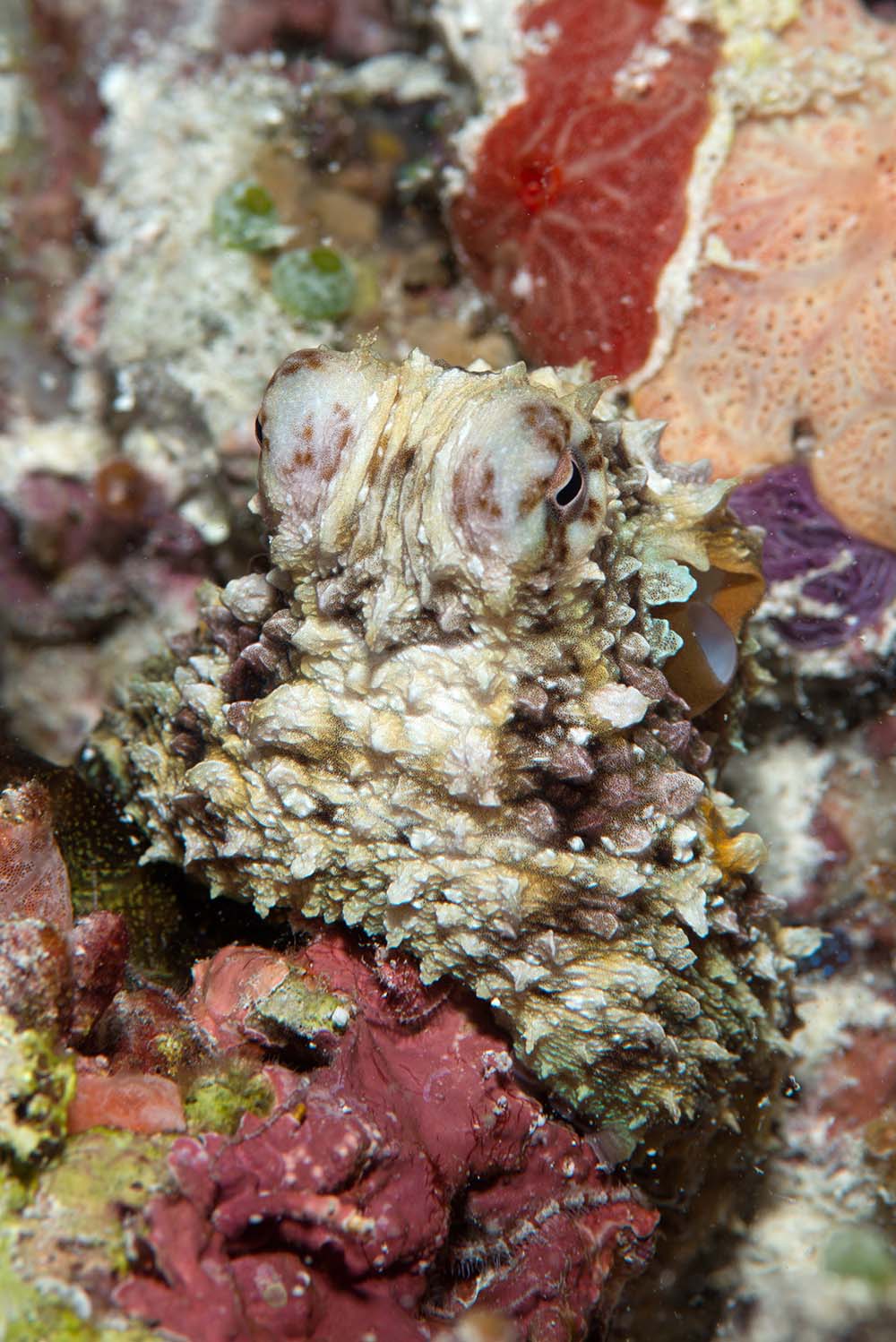 This octopus from the Indo-Pacific was hunting during the night, and away from its lair.  It did quite a passable impression of a coral head.