The Platypus gets even Cooler!

“Scientists are seeing the Australian platypus in a whole new light. Under an ultraviolet lamp, this bizarre-looking creature appears even more peculiar than normal, glowing a soft, greenish-blue hue instead of the typical brown we’re used to seeing.
‘Biofluorescence has now been observed in placental New World flying squirrels, marsupial New World opossums, and the monotreme platypus of Australia and Tasmania,’ the authors write. 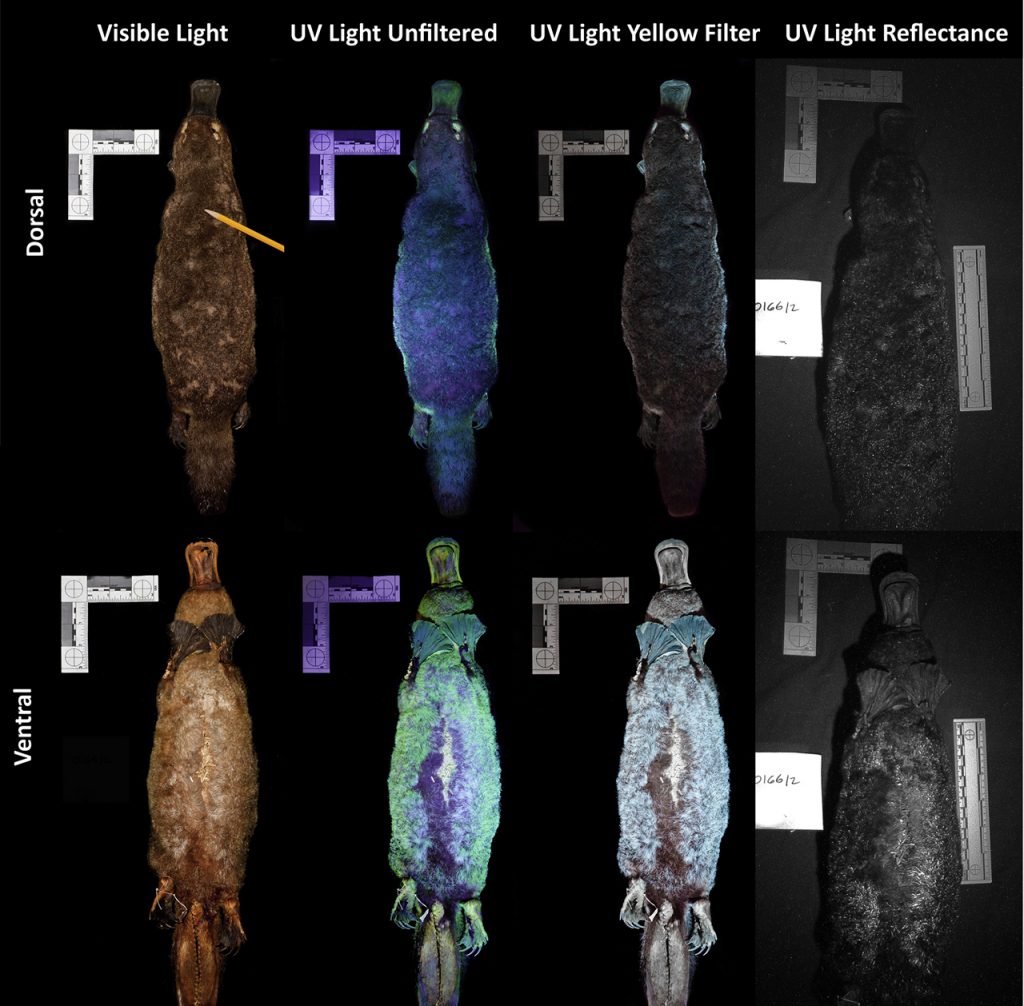 ‘These taxa, inhabiting three continents and a diverse array of ecosystems, represent the major lineages of Mammalia.’

Researchers began with two stuffed museum specimens, a male and a female collected in Tasmania. These creatures’ fur was found to absorb short UV wavelengths and then emit visible light, fluorescing green or cyan.

‘The pelage of this specimen, which was uniformly brown under visible light, also biofluoresced green under UV light,’ the authors write.

To their knowledge, the team says this is the first time biofluorescence has been reported in monotremes. However, in June of this year, a member of The Queensland Mycological Society claimed to have discovered a road-killed platypus with a similar glow.

‘The fur of the platypus mostly appeared dark/purple as expected under the UV light, but some of it turned moss green, although not brightly so,’ writes Linda Reinhold in the society’s non-peer-reviewed newsletter.

Further study is needed in the wild before we can say for sure what is going on. We don’t even know how the biofluorescence of this fur even works, and the benefits of this trait might vary from species to species.

Still, the fact that this strange glow exists across the fur of egg-laying monotremes, marsupials, and placental mammals suggests it has deep roots.

If nothing else, the discovery is a nice reminder of our sheer ignorance.”