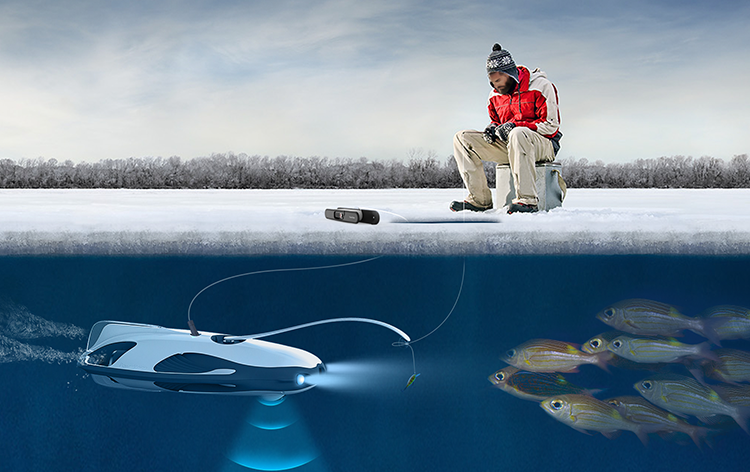 The PowerRay Fishfinder, an innovative new underwater drone from PowerVision, promises to “change the fishing world”, but its real-world applications could be just as exciting to us aquatic hobbyists and conservationists. The submersible, remote-controlled PowerRay can dive up to 98 feet deep, has a four-hour battery, and boasts a 12-megapixel camera, 4k UHD video recording, and 32GB of storage.  It also comes with an LED light, which is perfect for photography (including its “burst mode”, shooting 5 frames per second), 1080P real time streaming, and video recording; and it can also help attract fish and other creatures.

With its dedicated mobile app, aquarists can control the submersible robot, and receive detailed information on fish distribution, underwater temperature, depth, and the underwater landscape. The company has also introduced its PowerVision Virtual Reality Goggles, which, when linked to the PowerRay, offers an immersive experience and gesture-based navigation.

In addition, the device has a detachable Fishfinder component, which can be used as a stand-alone device. This component uses sonar to detect fish and other creatures up to an additional 131 feet below it.

PowerVision will offer the PowerRay for presale on February 27, and while an official price has not yet been announced, it is expected to cost between $2000 and $3000. The company plans to begin shipping the device in late April or early May.