Chile isn’t a nation that normally enters into the conversation when discussing coral reef fishes, but, thanks to a few remote islands in its possession, the country is home to an unusually fascinating marine fauna. These subtropical, kelp-dominated archipelagoes are situated just a few hundred miles offshore from South America, but, due to the prevailing ocean currents, the fishes here actually have far more in common with those found thousands of miles to the west. Remarkably, up to 99% of this fish abundance is comprised of species that occur nowhere else, making this unquestionably one of the world’s most unique marine ecosystems.

To understand how this came to be, we first need a quick geography lesson. If we start in French Polynesia and head about 1,500 miles due east, we’ll run into Rapa Nui (Easter Island). This is sometimes considered to mark the edge of Polynesia, but, following the mostly submarine Salas y Gomez Ridge another 1,100 miles towards Chile, we encounter the little-known archipelagos of Juan Fernández and Desventuradas. This is where Alexander Selkirk was famously marooned, inspiring the novel Robinson Crusoe.

For such an isolated speck of land, we have surprisingly good documentation for what occurs in these waters. Fewer than 50 species are listed in the checklist of Dyer & Westneat, though several additional undescribed species are now known from mesophotic depths—for perspective, there are more than 1,300 species recorded in parts of Indonesia. But what these islands lack in diversity, they more than make up for in their uniqueness, and perhaps the crown jewels here are the brilliant little fishes in the genus Paratrimma.

Just two species are known, both originally collected during a 1965 expedition by the research vessel Anton Bruun and eventually described in a 1976 paper. As a brief aside, this ship has quite a story to tell. It was originally built as the Aras in 1931 for a Mr. Hugh J. Chisholm, who arrived upon his fortune in the wood-pulp industry. Ten years later, it was purchased by the US Navy and turned into a gunboat for the North Atlantic, the USS Williamsburg. Following the war, it would next find itself as the presidential yacht of Harry Truman and Dwight Eisenhower. Then, after being decommissioned and transferred to the National Science Foundation (during which the name Anton Bruun was given), she was used by the Woods Hole Oceanographic Institution on a series of trips to the Indian Ocean and Southeast Pacific.

Alas, this ship’s fate was a bit inglorious. Do to an accident in 1968 which occurred while drydocked, she suffered extensive damage and her short-lived career in research came to an end. There was a period when the Anton Bruun was transformed into a gimmicky restaurant at a marina in New Jersey, until 1993, when she was sold off to be converted into a luxury cruise ship. This, however, never happened, and she soon found herself docked in Italy with the intention of being sold for scrap. A last ditch Kickstarter effort to save this historic vessel failed in its goal, and, in 2015, the storied journey of the Anton Bruun/USS Williamsburg/Aras came to an end when she sank at her moorings. 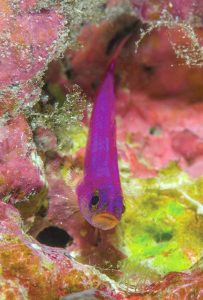 But, hey, let’s get back to the pretty purple fish… you’re not here for a lecture on boats, right? That one is Paratrimma urospila, and it occurs only at Islas Desventuradas, the “Unfortunate Islands”. The original description places it in shallow waters (0-10 meters), but it has since been encountered deeper down during submersible dives, in close proximity to the gigantic lobsters that prowl these waters. Its cousin, the yellower P. nigrimenta, is found to the south in the Juan Fernandez Islands.

The scientific names are a bit misleading at first glance—the former translating as “tail spot” and the latter as “black chin”. These descriptions relate to the mostly colorless appearance of specimens preserved in alcohol, which is the only material the authors had to work with at the time. In this state, the pale bodies are marked with some faint darkening on the caudal peduncle and lower jaw, respectively, but these are obviously not visible in life. No doubt, had the sumptuous colors of these fishes been known, they’d have been given nomenclature befitting their chromatic splendor.

Surprisingly, these are the only gobies listed from the region (though another mysterious and seemingly still undescribed “dwarf” species is mentioned in the literature). They are conjectured to belong to a lineage of “tiny banded gobies” exemplified by the ubiquitous Indo-Pacific genus Trimma, as well as other familiar genera, like Lythrypnus, Priolepis, and Tryssogobius, but the precise interrelationships here are yet to be determined. One can’t help wondering how these minuscule fishes found themselves in such a far-off location. Did their forebears arrive from the Polynesian islands to the west, or, alternatively, via the Eastern Pacific, somehow crossing the barrier created by the chilled waters of the Humboldt Current? And, more importantly, why did they see fit to develop such ostentatious colors? However they came to be, Paratrimma surely sits as the pinnacle of piscine perfection in the Southeast Pacific, resplendent lords of this remote aquatic kingdom. 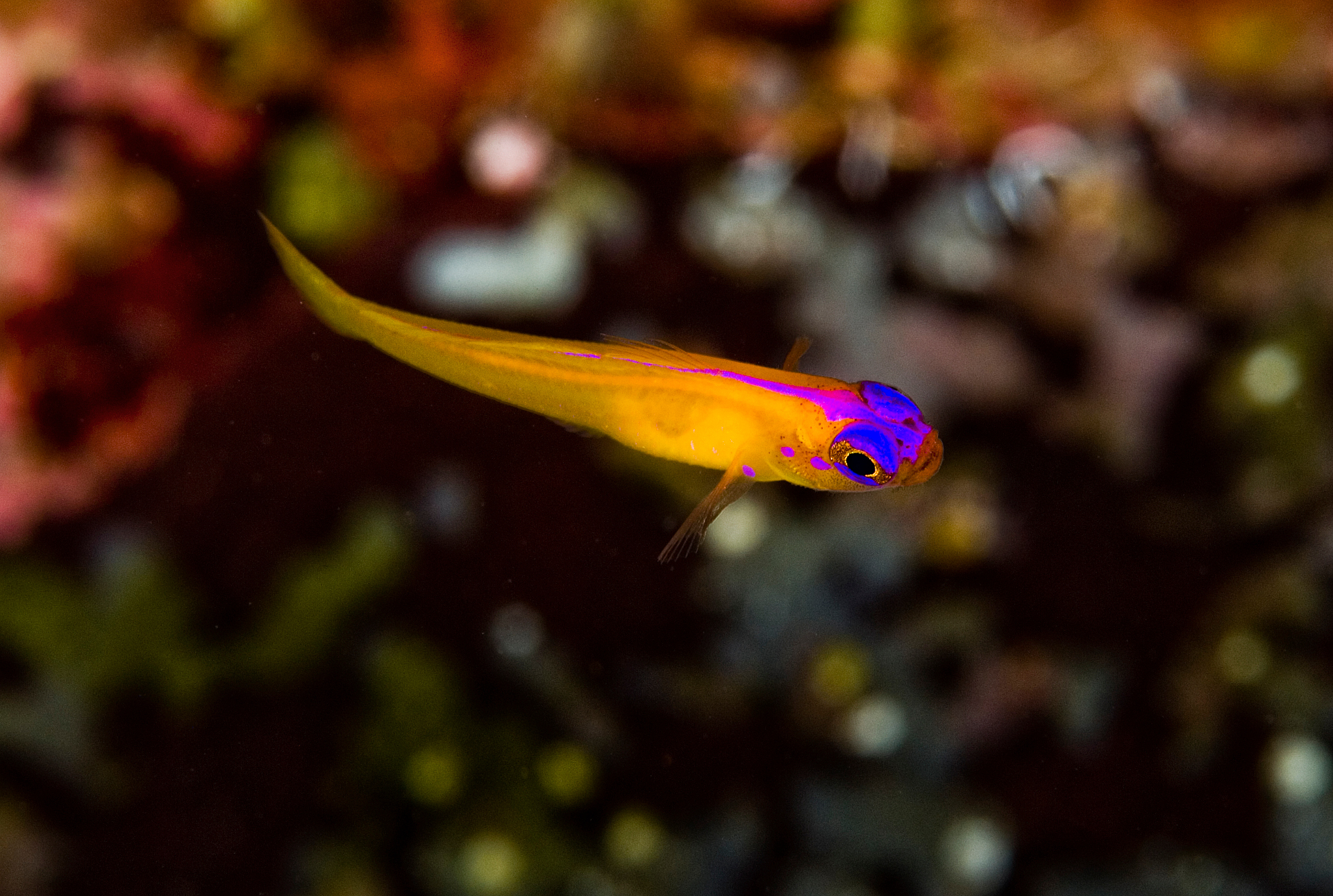