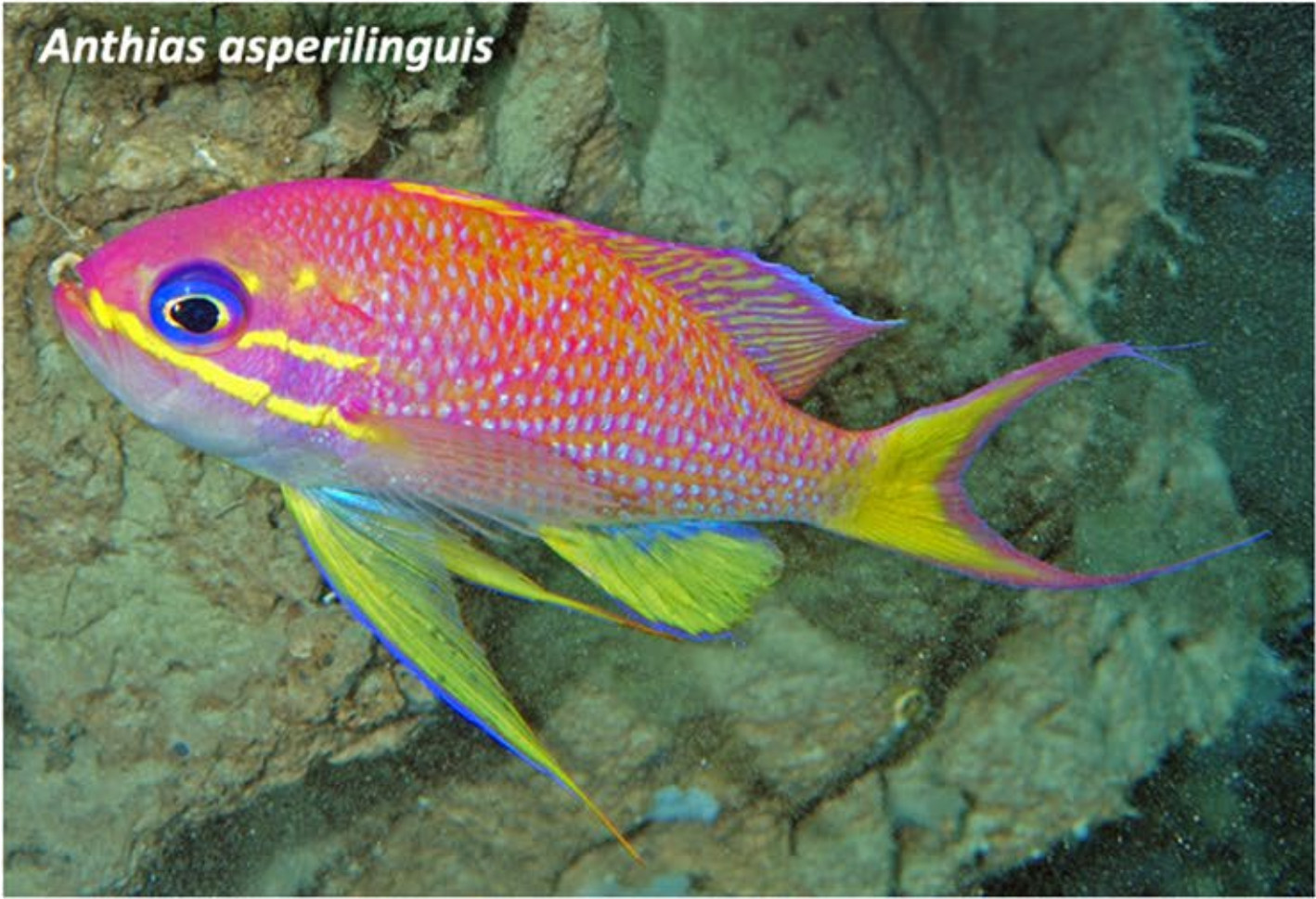 The study of coral reef biodiversity has in some ways become a competition to see who can go deeper. In the 1970’s, it was Jack Randall diving to 40+ meters in the Red Sea to collect Cirrhilabrus blatteus. By the early 1990’s, Richard Pyle was collecting the Narcosis Angelfish at 110 meters in Polynesia, and in recent years we’ve seen the likes of Brian Greene and Luiz Rocha dropping down to 150 meters to snag several new Groppos and Anthias. But safely exploring below this depth is a virtual impossibility for our frail, terrestrial bodies, leaving the very deepest and darkest reefs as an aqua incognita… until now.

With the use of submersibles like the Curasub and NOAA’s Deep Discover, we’ve been treated to countless new observations of rarely seen fishes, along with many exciting new species descriptions. Now, in a newly published paper appearing in the journal Scientific Reports researchers Carole Baldwin, Luke Tornabene, and D. Ross Robertson from the Smithsonian Institution have capped off their yearslong survey of Curaçao’s depths (totalling more than 4,400 species observations) by recognizing and naming this deepest reef layer as the Rariphotic.

This creates a new and more consistent nomenclature for classifying tropical coral reef ecosystems, based on quantifiable shifts in the fish assemblages. The first major zone is the Altiphotic (“high light”) in the upper 40 meters, home to the greatest biodiversity of corals and fishes. Below this, we run into the Mesophotic (“middle light”) from 40-130 meters, a region whose lower boundary represents the limits of photosynthetic life. Next is the Rariphotic, a relatively bare landscape of scattered azooxanthellate corals and filter feeders; exactly where this ends is imprecise and likely dependent heavily on the local topography, but below this point the fauna shifts to fish families associated more with the deep sea, the Aphotic. 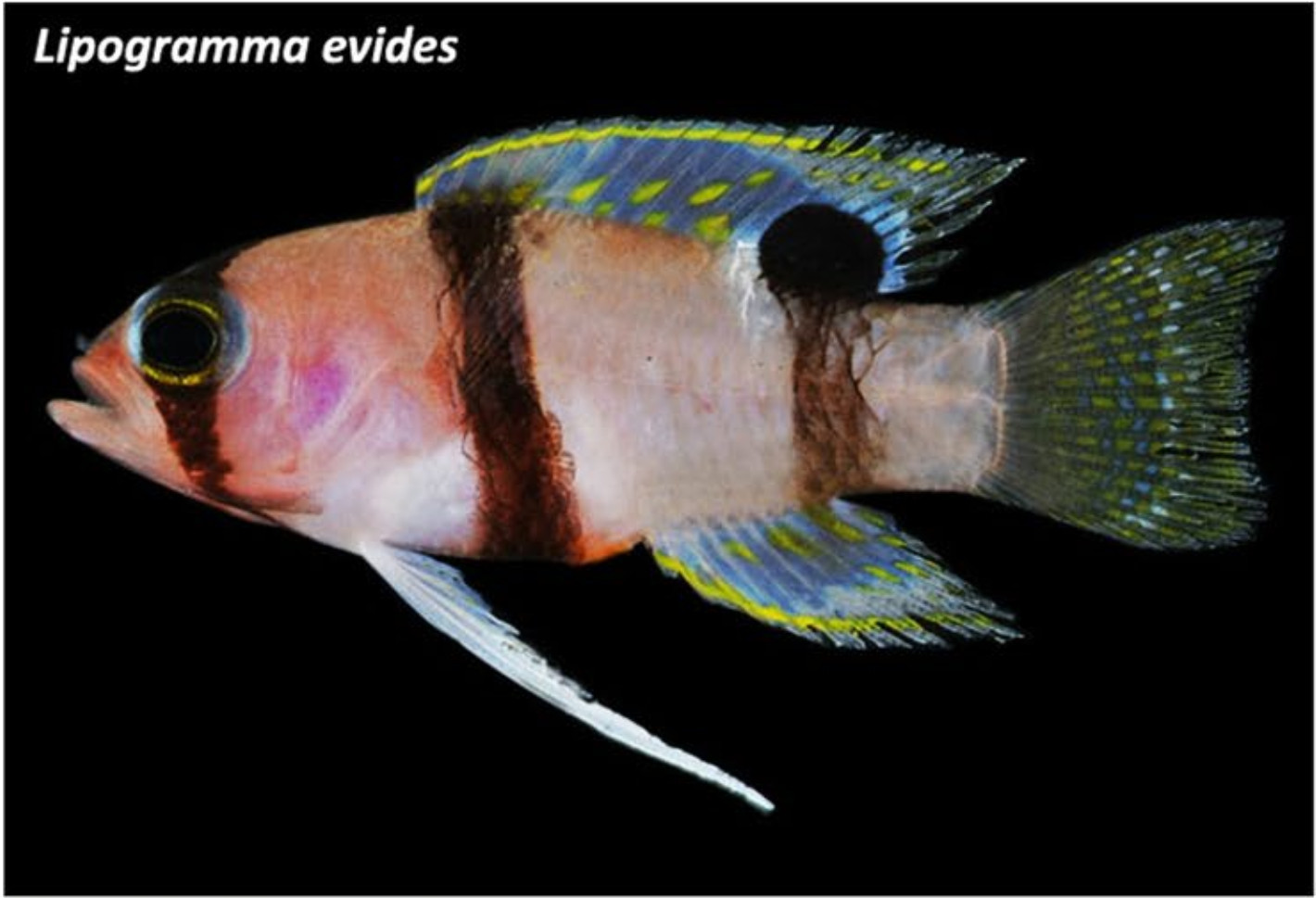 In Curaçao, we can diagnose these zones based on the presence of certain species that predominate within a given depth range, allowing for a further subdivision into Upper and Lower sections. For instance, the Upper Mesophotic (40-79 meters) contains a mix of shallow-water fishes, like the Royal Gramma and the Cherub Angelfish, alongside a number of species that become more abundant in the Lower Mesophotic (80-129 meters), such as the Goldface Toby and the Cave Basslet. But there are also several species from these greater depths which appear to be largely absent in the Upper portions: the Snubnose Basslet, the Sabre Goby, the Crosshatch Basslet.

Descending below 130 meters brings us characteristic species like the Banded Basslet and the Insular Slopefish; however, there are still plenty of fishes here which manage to cross the boundary separating the Lower Mesophotic from the Upper Rariphotic—to name a few, there’s the Ember Goby, the Roughtongue Bass, the Guyana Butterflyfish, the Tatler Bass. These boundaries become more apparent when looking at the larger trends of species distributions, but are seemingly a bit more ambiguous when viewed at a finer scale.

When we at last get to the deepest reefs—those of the Lower Rariphotic, below 190 meters—we meet with some representatives from families normally associated with the vast bathyal zone (treated here as the Aphotic). These will be familiar to those who have watched the Okeanos Explorer livestreams, as they are often conspicuously abundant from around 500-1,000 meters… Deepwater Cardinalfishes, Roughies, Sea Toads. The most characteristic taxa here are the Slope Bass and Chrionema Duckbills (which happened to be the single most observed fish in this particular study), along with the gorgeous Jeweled Gemfish and the still undescribed Red-band Wrasse. 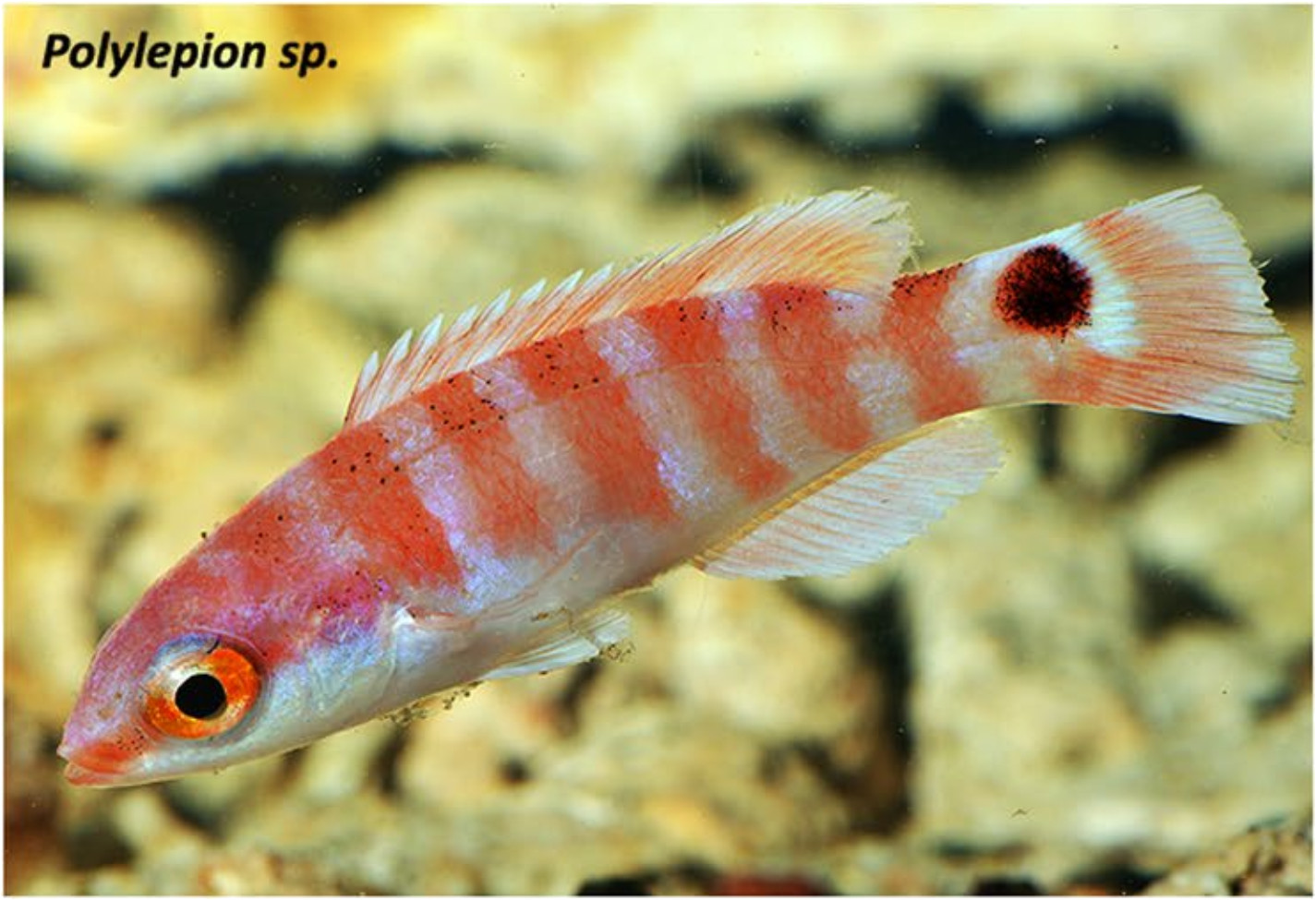 But what lurks beneath? Where does the fish fauna finally shift to one dominated by deep sea families? The Curasub can only take us so far (309 meters, apparently), but we have observations and collections that put the true boundary of the Rariphotic around 500 meters. When the Okeanos Explorer visited American Samoa last year, they found Odontanthias and Grammatonotus at 350-400 meters, along with Plectranthias perchlets and Chrionema Duckbills as far down as 450 meters. And, of course, there’s Prognathodes guyotensis, another legendary fish from these forsaken depths. The Rariphotic is the ultimate haven for rare and beautiful species—a land where mesophotic fishes fear to tread.