The Titan Trigger, the most aggressive fish? 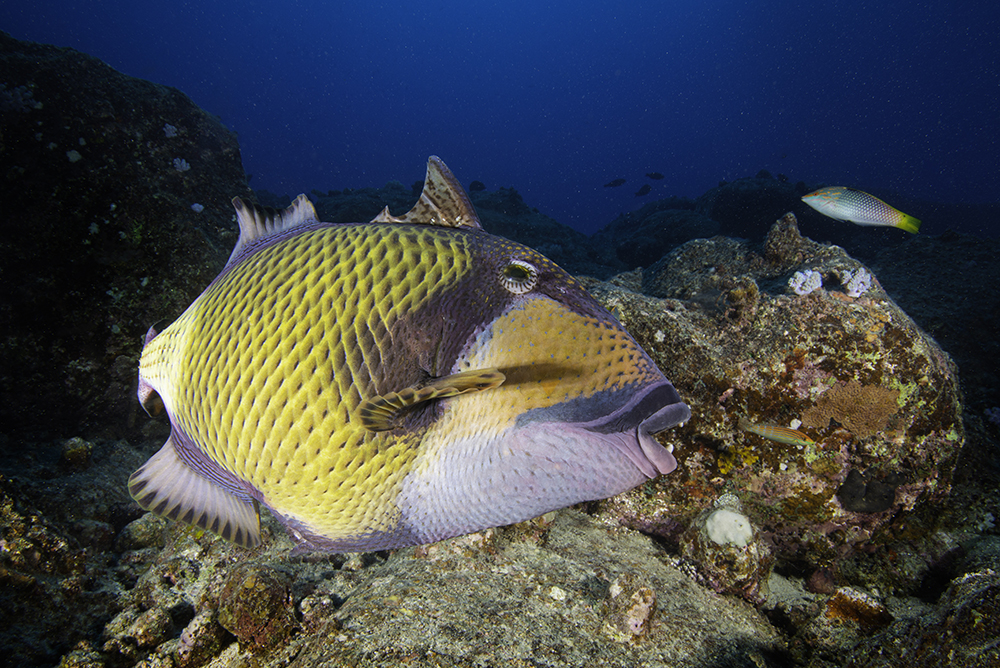 I’ve spent hundreds of hours underwater, and swum with a dozen species of shark.  Never have I felt threatened by them, but being close to a titan trigger?  I’d keep my wits about me.

The titan trigger (Ballistoides viridescens) is appropriately named, it is the biggest of the family, reaching up to thirty inches. It’s a big, powerful fish with the typical trigger shape of powerful jaws up front and a strong back end, and the modified dorsal fin of course! 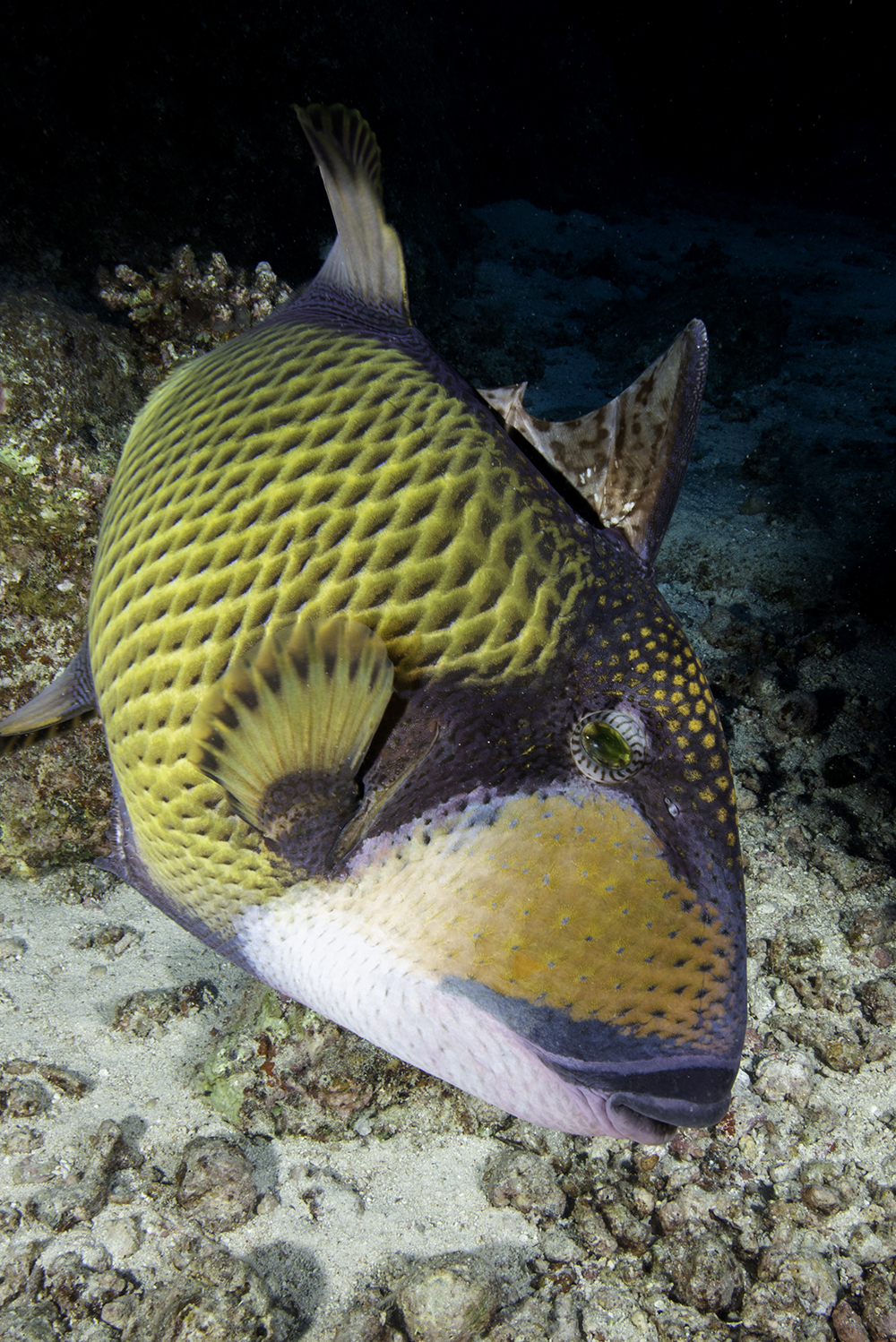 Titans, like most fish are wary of divers and seldom approach.  This fish, though, behaved like it had been fed by divers and would check out each person in the group, hoping they’d offer it some food or smash open an urchin (a practise that is less common than it once was, thankfully).

As one of these fish charges towards you get some great images, but you might end up getting quite a beating.

Titans create ‘nests’ in the sand by blowing water from their mouths to create a small depression.  They will guard their nests forcefully.  I have seen an unwary diver swim into a titan’s territory and to be honest, I did find it hilarious as they flailed around trying to bat the fish away. 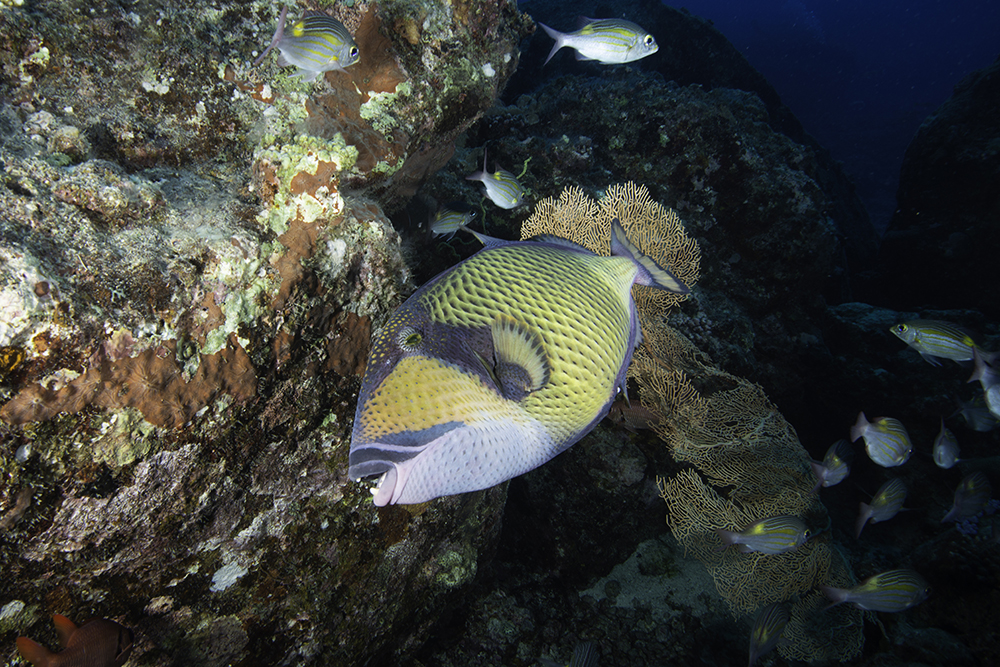 It’s not that funny if you’re on the receiving end of an attack though; they can inflict powerful bites that require medical attention.  What normally happens is the diver will automatically try to rise up in the water, which makes the fish even angrier, biting away at fingers and fins as it gets increasingly mad.

There is a method to avoid them though: Titans consider their territory to be an inverted cone, thus to get out of their way, a diver needs to sink a little lower and move horizontally, which tends to go against our natural behaviour. 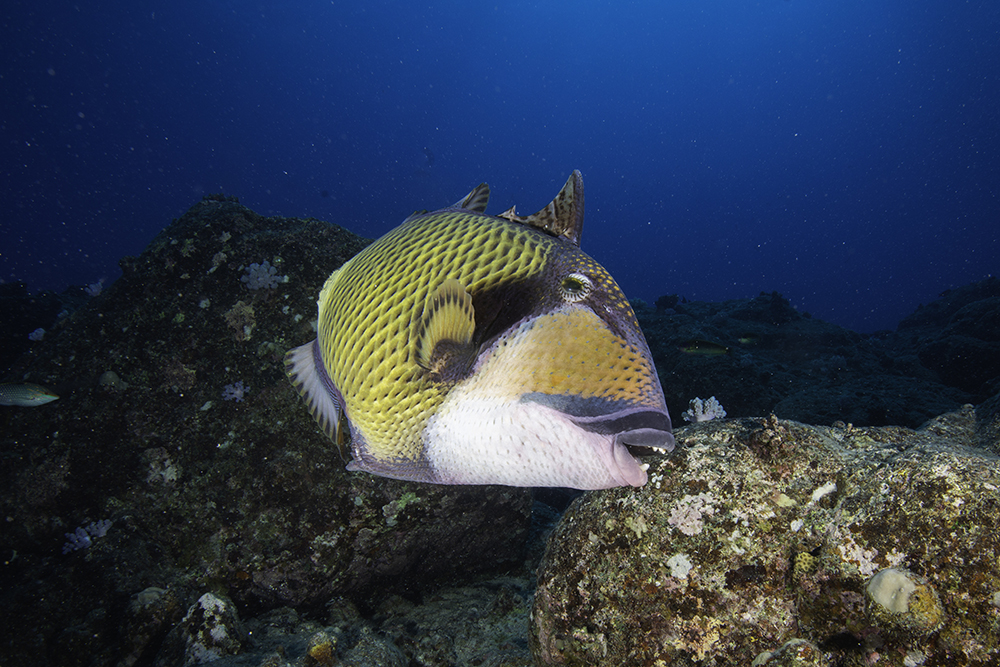