The world’s most expensive and ridiculous aquarium 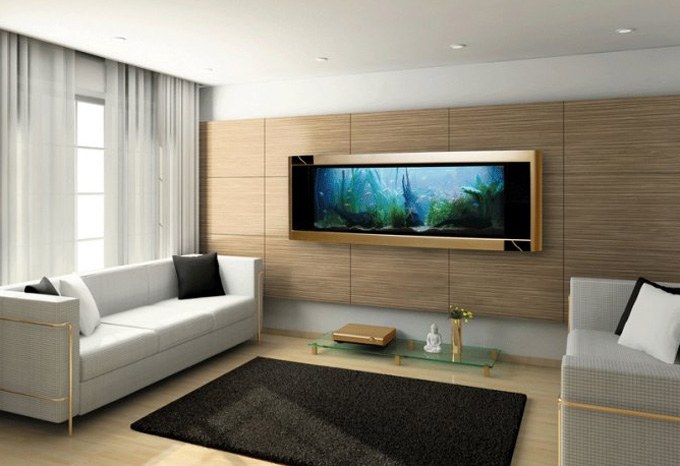 The only aquarium you could consider a school of clarion angels comparatively cheap.


The name of this aquarium is the AquaVista Dinosaur Gold Edition.  We aren’t kidding. Why “Gold?”  The aquarium’s frame is made of 68 kilograms (2400 ounces) of 24ct gold!  We really aren’t kidding.  Based on today’s market rate (~$1500/ounce), we’re talking approximately $3.6 million dollars worth of gold.  Why “Dinosaur?”  Real Tyrannosaurus rex bone were inlaid into two veneers on the top left and bottom right corners of the aquarium!  Seriously, we are not kidding.  And what were these veneers made of?  Prehistoric wooly mammoth tusk, of course.

The price was just as unreal:  $4,800,000!  Perhaps the only thing more shocking than the aquarium or its price is the fact is that not one, not two, but three AquaVista Dinosaur Gold Edition were made … during the height of the global recession no less. Some people have way way WAY too much money.

We could share the details about the aquarium’s equipment, but does anyone really care about the heater and air pump for this thing?

For aquarists with caviar taste on a tuna fish budget, you’ll be happy to know AquaVista sells a similar “Panoramic Wall Aquariums” starting at only $1,195.  That’s a $4,798,805 discount if you can manage to slum it without the gold and dinosaur bone.