This is why you DO NOT build tanks like this 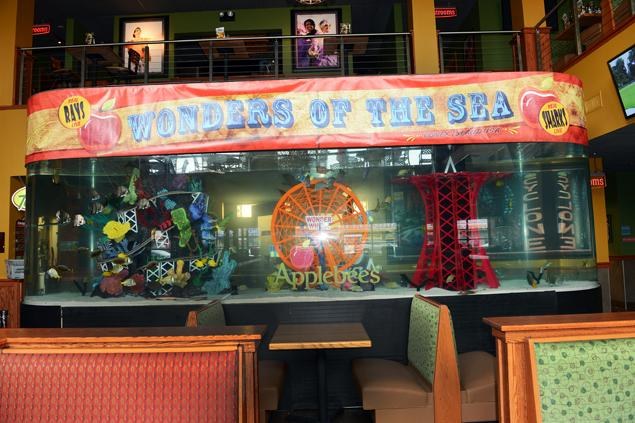 
According to the New York Daily News, the white tip shark died from injuries after colliding with the  Wonder Wheel replica decoration (we very much doubt this postmortem).  The same day, a black tip shark had to be removed after it ate three lookdown fish.  Both occurred on the first day these sharks were introduced into the new aquarium.

Animal Planet’s Tanked crew was on site and filmed the tragedy.  Note: We have not confirmed if Acrylic Tank Manufacturing designed and installed this aquarium.  What we can say is whoever conceived this aquarium seriously needs to reevaluate installing aquariums like these because the welfare of the animals are clearly not taken into consideration.  Beyond the dangerous decorations (a shark could easily get entangled and asphyxiate), black and white tips grow to six feet in length and are active apex predators; They should not be kept in private aquariums even of this size (20 feet long, 5,000 gallons), especially under the care of novices … at Applebee’s of all places.

Unfortunately, this Applebee location’s owner Zane Tankel plans to restock the aquarium with another white tip reef shark.  It’s appalling that he didn’t learn from the first death.